We all have a few guilty pleasures. Whether it’s a bag of pork rinds or pineapple on pizza, we are drawn to unhealthy foods, perhaps out of comfort or simply for the taste. Pop duo KTJ & Carly employ another of America’s junk food favorites, the sublimely tasty Cherry Coke, as the basis for their new song. “Cherry Coke,” co-written with Katie Buxton, fizzes with all the sweetness of the beverage but packs an unexpected emotional punch.

“Flows like liquid gold, sweet sensations / Imaginations, going wild,” they sing on the syrupy hook. “Tastes like cherry coke, sweet temptations / No limitations, make it worth my while.”

Cherry Coke often represents “weakness,” the duo tells American Songwriter. “It tastes good, but it’s unhealthy for you. As humans, we constantly are tempted to indulge in things bad for us for instant gratification, even if we don’t care about the long term consequences.”

“Humans have these programs of habits in our subconscious mind—smoking, bad boyfriends, working out, eating healthy or unhealthy, drugs—telling us we need these negative things, otherwise all the time spent making it work was for nothing, but it’s all an illusion,” they explain, noting the importance of films like Netflix’s A Life on Our Planet with David Attenborough in its dissection of human existence.

“Anything that is unsustainable, the whole system will eventually collapse. We see this in relationships, careers, substance abuse, and more. We wrote this song to show the point of view of someone in that situation,” they add. More than anything, the sibling pair want the song to stand as a symbol for “people to feel understood. That’s part of the reason we did write from the ‘addicts’ point of view. There is a reason bad things are tempting. A lot of the time, people are shamed for it. Our song, hopefully let’s people know, they aren’t alone with their demons.”

“Cherry Coke,” mixed and mastered by Natiive, was recorded in their home studio. Out of all the song’s pieces, the bridge stands out as their absolute favorite part. “It was so much fun to make with the solo riff and the chants. We also loved making the vocals in the chorus. The shouting just sounds so full and fun.”

KTJ & Carly first began releasing music only two years ago, barely out of high school at the time, but have since amassed an impressive catalog. From songs like “On Your Mind” and “Moonlight” to “Cherry Coke,” their influences run far and wide, including such pop staples as Joss Stone, Bob Dylan and BANKS. Together, they find the midnight hours the most creatively-energized time they ever feel during the day. “We are both so much more creative at night. It’s weird. We are both super night owls,” they remark. 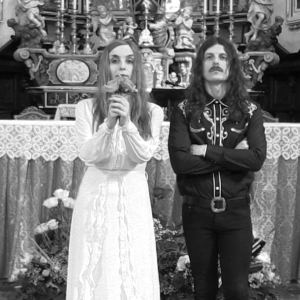 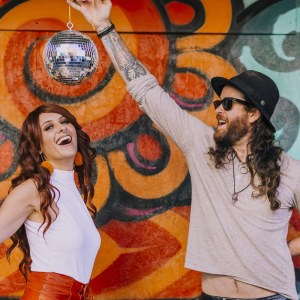