The moving pictures of deserted imagery reveal a dusty world and the story of someone lost between their religious reverence and something more mystical. Assembling this goth-folk Americana storyboard through drifting tales and cinematic illusions, Nero Kane’s second album Tales of Faith and Lunacy unravels like a desert procession for the living, searching for a belief.

Conceptualized around deeper religious and mystical aspects of life, the Italian artist searches for something or somebody to believe in—whether good or the evil—through Tales’ seven tracks. Loneliness, a concept that pierced Kane’s debut, 2018’s Love in A Dying World, also transcends Tales of Faith and Lunacy.

Visual artist and filmmaker, Samantha Stella, who also co-wrote several songs and shares vocals with Kane on the album, describes Tales of Faith and Lunacy as a “visionary story which unfolds in a desert landscape where medieval European mystical influences blend with the flavor of the American West to weave a gloomy, minimal psychedelia.”

“These seven songs are depicting imaginary tales of people riding in a timeless journey through the dusty prairies,” says Stella, “where a bluesy desert and Americana sound meets the gothic folk with visual and literal influence of the Italian Renaissance and the iconography of medieval European Christianity.”

Intricately weaved from song to song, Tales of Faith and Lunacy penetrates deeper inner turmoil, passionate consumptions, and the search for personal resurrection. Some of these personal conflicts and confusions are projected from opener “Lord Won’t Come” through “Lost Was the Road,” both respectively inspired by the Hungarian film “The Turin Horse” helmed by Béla Tarr and the Cormac McCarthy’s novel “The Road.” All lead to some consolation on Kane and Stella’s harmonized hymnal “Mary of Silence,” while “I Believe” reiterates the constant see-saw between good and evil sensibilities.

Everything is tied together on Tales, with the more mystical elements unveiled in the three songs written by Stella, from “Mechthild,” directly inspired by the writings of the 13th-century German Christian mystic Mechthilde of Magdeburg through the hallowed “Magdalene,” a personal interpretation of a prominent biblical figure, and the 10-plus minute closing hypnotic hum of “Angelene’s Desert,” a gloomy poetic that shifts from light to dark.

Written mostly in 2018, Tales of Faith and Lunacy was recorded prior to the pandemic between July and December 2019 with pre-production done in Kane’s hometown of Milan with sound engineer Ettore Franco Gilardoni, before working with producer Matteo Bordin, surrounded by the woods of the Montello Hills countryside just outside of Venice at Outside Inside Studio.

As Kane began working on the the new tracks for Tales of Faith and Lunacy, he intentionally opened more space for Stella’s poetry, lyrics and vocals, adding another dimension and intensity in her spoken word and harmonization with Kane.

First collaborating in 2015 on various videos, Stella invited Kane to work on a visual performance, Hell23, at the Italian Cultural Institute in Los Angeles a year later. Moving deeper into their musical and visual experimentation, the two worked on another film in 2017, showcasing California ghost towns and deserted landscapes, which would feed into the imagery around Love In A Dying World, produced by Joe Cardomone in Los Angeles. Shortly after, Stella began joining Kane on keyboards and vocals during live sets

Their musical collaboration came together naturally, says Kane, since the two share similar artistic visions and musical tastes. “I immediately recognized her interesting timbre of voice, reminiscent of Nico of The Velvet Underground with these profound and dark vibes,” shares Kane. “It was something that really suits my type of sound.”

Extracting phrases, ideas, and concepts from other mediums of art is how Kane writes and ultimately tells his stories. “I like to feed it day after day with something that can ignite my creative spirit,” says Kane, who constantly pulls from everything—films, books, nature. “I try to be ready to catch the right thing. I also like jotting down sentences or single words that inspire me. Often, everything starts with them.”

For Stella, words are a natural occurrence that can never be forced. “The three songs which I’ve written, the lyrics where conceived in a house at the foot of the mountains, surrounded by nature and silence, precious elements to reconcile imagination and visions,” she says. Complementing the music of Tales, Stella initially pulled two “episodes” from a short film she shot in California and Italy as visuals to singles “Lord Won’t Come” and “Mechthild.”

“The aesthetics are conceived in a natural way, and it basically joins our artistic influences, especially regarding film directors or painters, with our personal sonic visions,” says Kane. “Photos and videos are a synthesis, a medium that we use to investigate and communicate, on a deeper level, the main aspects of my music, its sound and the story it hides.”

To accompany the deserted reverie of Love in a Dying World, Stella also directed a ten-episode short film a few years earlier, which screened at museums in Italy, art galleries and theaters and will work into the duo’s backdrop once live performance resumes. A continuation of the desert ambiance of the first film and album, Stella purposely shot similar scenes for the new movie, opting for starker black and white scenes around Tales of Faith and Lunacy. “The American footage is now blended with new shooting made in Italian churches to catch the spiritual flavor of the European religious and mystical past,” says Stella.

For Kane, Tales is the next chapter from Love In A Dying World, which was a more minimalist and autobiographical piece of work. “It’s a dusty trip, seen through my filter, in our loneliness and abandoned lives,” says Kane. “’Tales of Faith and Lunacy’ is more structured, more deep, both sonically and lyrically, and its imaginary lays in other souls’s stories, which are sometimes connected to my autobiographical sphere and sometimes not.”

Though most songs were started on guitar, and arrangements fleshed out on piano and organ, Kane wanted to add more electric elements to the heavier chorals by experimenting with more loops and drone effects.

“In this new album the bad seeds that were planted in the first one have blossomed and produced black flowers, as dark as the stories they represent, so it has to be intended as a continuum of the first one,” says Kane. “All has been influenced by my growth as a man and my ongoing research of inspiration in paintings and literature.” 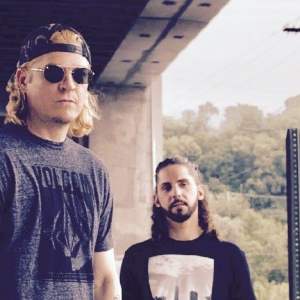 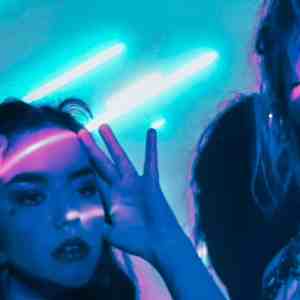