Ever since Lil Nas X rocked the music industry with 2019’s breakout hit “Old Town Road,” things have been changing rapidly for the world of country music. While many of the generations-old traditions still stand firm—like down-to-Earth lyrics and homespun, backroad hooks—hip-hop, dance, pop and other genres are sneaking into the country sound. Every day, seemingly more and more folks are trading in their cowboy hats for baseball caps and their acoustic guitars for 808s.

As jarring as this might be for the old guard of country, for the younger generation, this represents one of the most exciting moments of potential in the genre’s long and colorful history. Just three years after “Old Town Road” first hit the charts, countless acts are already coming up with brilliant ways to innovate country music even further, finding that the possibilities are infinite.

One of the artists at the front of this charge is rapper Lathan Warlick. Raised in a low-income neighborhood in Jackson, Tennessee, Warlick had a near-death experience a few years ago which prompted him to devote himself to making music as a way to help heal and inspire his community. Now, on April 23, Warlick put out his new EP, My Way, a genre-blending work which features performances from Florida Georgia Line’s Tyler Hubbard, Russell Dickerson, Dustin Lynch, RaeLynn and more.

“The process of making this EP has been crazy,” Warlick told American Songwriter. “I came from the hood of Jackson, Tennessee, so, when I got into that country music space, it was foregin to me, very foregin. But the love they showed reminded me that we’re all human beings. These folks love me like I love them.”

See, despite having worked with some of the biggest names in the industry Warlick never thought that he’d be doing anything remotely near country music… in fact, he never thought he was going to be a songwriter at all. Growing up, he actually had his sights on becoming a hip-hop dancer… enjoying the music was just a happy by-product of that dream.

“I grew up in a part of town where we listened to a lot of hip-hop and trap music,” Warlick explained. “It was talking about the life that we were seeing people live, so we listened to it a lot. But I wasn’t a writer, I didn’t do hip-hop—especially not on the caliber of going into a studio to produce it. Everyone in my neighborhood was doing that, but I was like ‘Well, you know, everyone is doing it, but I don’t see anything that’s crossing over for any people.’ They made good music, but there are so many steps you have to take before your music can even be seen.”

Feeling disillusioned with music-making itself, Warlick poured his heart and soul into hip-hop dancing, eventually building up a big enough following that he was able to open for acts like Soulja Boy and more. But everything changed after a tragic event: at a club one night with his friends, Warlick got wrapped up in an altercation, was chased outside and had a .45 caliber pistol pointed in his face.

“After that happened, I was like ‘Okay, I gotta do something different,’” Warlick said. “So, I started pursuing music.”

At first, Warlick’s ambitions weren’t too high. Not knowing exactly where to start, he started posting freestyles inspired by his deep religious faith to social media, just hoping that he might be able to reach the people who lived in his community at least. “That’s when TikTok came about,” he said. “I was just doing it to reach the guys in my neighborhood, trying to get them away from what they were doing. I wanted to do music just to show them ‘Yo, this is where we live, but we don’t have to be here. We don’t have to stay here doing these types of activities, like shooting and robbing and all of this craziness. We don’t have to live this type of life.’ It really only came around because of that tragic event where a gun was in my face, moments away from killing me. That’s what brought me to say ‘Man, I want to make music to show these other guys a better way to get out of the hood.’”

From there, Warlick started to gain some traction. With years of listening experience and a lot of natural talent backing him up, hip-hop came to him pretty effortlessly. But he still wasn’t making that ‘something different’ that he felt he had inside of him. Ultimately, it took a vision from God to find the path forward.

But when he went to the charts, he realized that a lot of the songs that were getting popular weren’t quite up his alley. From Selena Gomez to Luke Combs, everything was a bit outside of his comfort zone. Nonetheless, he was committed to his goals and he turned this fateful dream into a reality. “What I did was I took the instrumental from YouTube, the chorus from the track itself and then put those two together on GarageBand on my Macbook,” Warlick explained. “I’d let the chorus part play with the instrumental after, and over the instrumental, I would do my freestyle.”

With that method, Warlick started gaining even more traction… until, eventually, he hit the big break: one of his songs reached the ears of Granger Smith. That led to Warlick being featured on Smith’s track “That’s Why I Love Dirt Roads,” which led to Warlick meeting Matt Stell, which led to RaeLynn reaching out to Warlick to set up a co-write. With that ball rolling, it was practically just a blink of an eye before Warlick was sitting in the studio right next to Tyler Hubbard, plotting out the My Way EP.

“After the whole Granger Smith thing came about, it was like a snowball effect,” Warlick explained. “God was basically saying ‘Look, if you want to push unity, you have to work with people who don’t look like you.’ Sitting in a space writing with Tyler Hubbard, it was like ‘Dude we have some insane qualities alike, but we just grew up different.’ Little did we know, though—when we sat down and talked to each other, it was like ‘Dude, I witnessed the same thing!’ We found we had a lot more in common than we thought, even. It took us actually sitting down, face-to-face and having a real conversation to see that.”

With that connection forged and the common-ground realized, Warlick and his collaborators started chugging out songs like a well-oiled machine. Working out of Nashville—a city known for its rigorous and unbeatable writing culture—the team was able to work out a brilliant way to tie together the hip-hop and country sounds. Rather than trying to grab small elements of each, they generally had the country artist provide the country parts and Warlick provide the hip-hop parts. As a result, both sounds are represented, but neither are compromised.

“In a hip-hop space, you get into the studio and listen to songs—like instrumentals or a beat—then, y’all go from there, just you and the producer,” Warlick explained. “But in the country space, you sit down with five or six people in one room to write one song. That was totally different for me. I could do that, it was cool, but I didn’t want to do that. I couldn’t have anyone write my lyrics because they have to come from the heart. No one can tell me my story better than I can. So, when we got into the studio, we’d have Tyler and those guys create the chorus for the beat, and then they would leave and I would get into the booth and start putting verses down about whatever was on my mind. That’s what makes it different.”

In that regard, Warlick sees the work he’s doing as bigger than just music. Crossing the bridge between hip-hop and country not only has musical ramifications, but cultural ones too, especially considering the less-than-stellar track record country music has had on the racism front. To this end, Warlick hopes that his success is indicative of a bigger wave of change.

“Music is something that can bring the world together and I wanted to be a part of that,” he said. “It’s like, ‘Shoot, let’s make some stuff that brings in this diversity.’ You have a hip-hop guy on the track and a country guy on the track. I’m doing my hip-hop thing and they’re doing their country thing. We’re not trying to do what the other person’s doing—we still just do what we do—but at the same time, we’re bringing it together. I feel like that’s very vital for what’s going on right now. Music is going to bring people together.”

Lathan Warlick’s EP My Way dropped on April 23 and is available everywhere now. Watch the music video for the title track featuring Tyler Hubbard below: 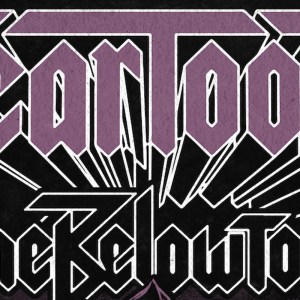 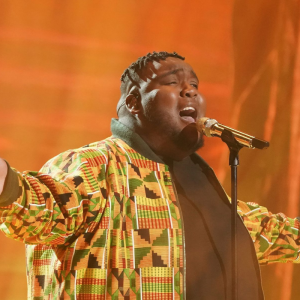