Tyler Hubbard and Brian Kelley of Florida Georgia Line just found out that they’ve earned a RIAA Diamond single award for selling 10 million copies of “Meant to Be,” which they performed with Bebe Rexha. They also achieved this status with “Cruise,” their 2012 debut single. Only 43 songs have ever received Diamond certification, so earning two of them is certainly a significant accomplishment.

“That is a big one,” Hubbard says of this Diamond award, during a conference call with Kelley. “I think, for us, it’s just humbling and inspiring and motivates us to keep writing and keep seeing if we can beat the current record. It’s also a testament to our fans and the people who’ve listened to that song 10 million times. It’s still hard for us to wrap our head around what 10 million really is. It’s just a huge honor to be in that category with so many iconic songs and so many iconic artists. We’re really grateful.”

Kelley agrees that FGL is spurred on by their successes: “I think we’re always trying to up the ante and up our game and try to beat what we’ve done,” he says. Their latest effort to top themselves comes with Life Rolls On, their fifth studio album, released in February via BMLG Records.

With Life Rolls On, Hubbard says, “I do feel like there’s this new energy. This album has been more fun to make than any of our previous albums.” He says that a lot of credit for that goes to Corey Crowder, who co-produced the album with the band. Crowder “just happens to be one of our great friends and, in our opinion, one of the best songwriters and producers in Nashville,” Hubbard adds. “Having Crowder as our producer just brought this new fun energy that was undeniable, and it kind of felt like we were reintroduced to why we fell in love with music.”

The feel-good vibe was probably also helped along by the fact that the album was partly recorded in the Bahamas. “I think we got one game of golf in, and we got a little beach time,” Hubbard says. “We had a day where we went out on a yacht and just hung out all day with the families and had a good time. The whole trip was really special.”

Hubbard adds that they didn’t forget the main reason they were there, though: “We knew we were going there to cut vocals, and we were really excited. Honestly, it’s one of our favorite things to do. So, as much fun as the Bahamas would have been, we just hunkered down in the studio and had our own little studio party for ten days. It was pretty awesome.”

As with FGL’s previous albums, Life Rolls On features a mix of songs that Kelley and Hubbard wrote, as well as contributions from other songwriters. Hubbard says they have no problem cutting someone else’s track instead of their own—as long as it’s good enough. “I feel like BK and I have trained our ears to be able to pick out those standout songs,” he says. “We only have twelve to fifteen slots on an album, and we write most of them. But occasionally, a song will come in and we’re just like, ‘Oh my gosh, we don’t have anything like this,’ or ‘We haven’t beaten this, writing-wise, so we have to cut this.’”

That said, Hubbard continues, “Sometimes you’re the only one that can tell the story or write the song the way that you would want to write it. It’s just a process.”

That process is one that he and Kelley take very seriously: “BK and I show up a few days a week to write a song all year long. For me, I’ll probably write 60 to 100 songs a year.”

The way they actually go about songwriting, Kelley says, is quite varied: “Sometimes we start with a title or a hook or a drum loop or a guitar riff—they all kind of happen differently. Some happen on the [tour] bus, some happen in Nashville, some happen in Florida. I think we’re always trying to keep it fresh. Some days are just magic. Other days, songs are supposed to go live another life with another artist, which is also awesome.”

This unpredictability, Hubbard says, “is honestly one of the reasons I love songwriting so much, because it’s not a 9-to-5 where if you show up at 11:00, you know a hook’s going to fall out of the ceiling at 11:30. It just doesn’t happen like that. You always have to keep your ears and eyes open for an idea. BK says it best: ‘In every conversation there’s a song title—you’ve just got to listen for it.’”

Kelley and Hubbard tend to embrace a distinctly positive attitude overall, even during dark times, such as what the world is enduring now. This optimism, Kelley says, comes from “Our faith in God. I think that daily grounds us and keeps us in line and focused. And family, our wives. And our fans,” he says. “Life is really good. We’ve been very blessed and love to create and live this wild dream out. Not every day is perfect and there’s going to be some cloudy days, but we’re just trying to take a view on how blessed we all are to be alive.”

Hubbard agrees with this outlook. “I think optimism is a choice,” he says. “Some days are harder, obviously, than others—but then I think there’s a purpose for the tough days, too. Even when we’re having a rough day and we can’t make the choice to be positive, sometimes great songs come from those days, too. They may not be the uplifting radio singles, but it’s an outlet for us as writers and a release for fans who may be going through a hard day.”

With their Diamond singles and all their Platinum and Gold albums and singles, FGL has proven they have a knack for writing music that strongly resonates with listeners. “There’s definitely a human connection there, an emotional connection with us and our fans,” says Hubbard. “They’ve come along for our journey from day one, it seems like. From 2012, it feels like we’ve been out building our fan base and they’ve seen us grow and mature and change and evolve. And they’ve grown with us.”

Hubbard began this journey in music when he was in eighth grade in Monroe, Georgia, when he began playing in bands with friends. “I got a lot of joy out of that—but I didn’t know that was a profession,” he says, “But then I moved to Nashville and realized that was a job.” From that point on, he says he knew: “That’s what I want to do. I love creating music.”

Kelley’s first steps into his career began when he was growing up in Ormond Beach, Florida. He started writing songs that were “kind of contemporary Christian music, and it was basically just a journal in a sense of where I was at, what I was going through and trying to keep the faith through learning about songwriting,” he says. His interest in both faith and songwriting continued after he enrolled at Belmont University in Nashville, where he met Hubbard at a worship service.

“I remember BK was leading worship and I was in the back, and I just felt called,” Hubbard says. “I felt like God was telling me, ‘You need to go meet this guy and do music and see what happens,’ and so that’s what I did. Then after we wrote a song or two, we felt like, ‘Man, that was easy. That was fun. Let’s keep doing it!’ Then it turned into, ‘Let’s go play a couple of writers’ rounds together in town.’ And then it turned into, ‘Let’s call ourselves something.’ Then it was Florida Georgia Line—and off to the races after that.”

As Florida Georgia Line, Hubbard and Kelley began working their way up the Music City club circuit, learning the ropes as they went. “We’ve been really fortunate to be in Nashville around a lot of great, great songwriters over the last ten years and be able to study from them and learn from them and make it our own,” Hubbard says. “It’s been awesome.”

They released their debut album, Here’s to the Good Times, in 2012—which went on to achieve double platinum status. With hit singles such as “Cruise,” “This Is How We Roll,” “Sun Daze,” “Anything Goes,” “H.O.L.Y.” and many more, FGL have become one of the most successful acts in country music, being nominated for and winning numerous prestigious awards, including Academy of Country Music Awards, CMT Music Awards, CMA Awards, American Music Awards, Billboard Music Awards, among others. They’re one of the highest-selling country acts of all time, and they routinely sell out major venues around the world.

Even with all that success, Kelley says they’re still striving to learn even more as songwriters: “I think we’re constantly wanting to get better, and I don’t think we both ever will think we have it figured out. The day that happens, that’ll just be wild. I think we want to constantly be students of the craft.”

Time will tell if their latest efforts on Life Rolls On will yield a third Diamond single or some other major accolade, but they’re off to a promising start. Their first single from the album, “I Love My Country,” has already been certified Gold. Regardless of how these songs fare, though, Kelley still demonstrates that signature FGL positive thinking when he sums up their current attitude: “We’re feeling very blessed, to be honest with you, to be able to put out music,” he says. “It’s just a cool moment in time for us.” 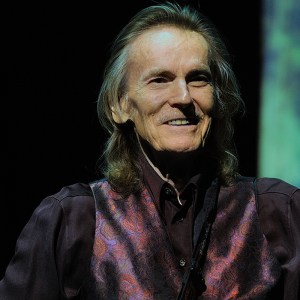 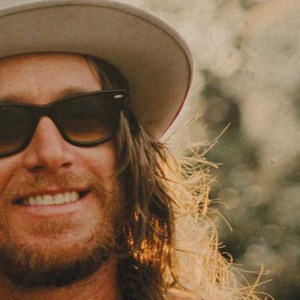