Vince Herman was fed up with just “sitting in my house,” he says. So, he bought an RV and took a roadtrip across the country last fall, weaving from Boulder, Colorado to Nashville. “I ended up staying about a month there.” And he fell in love with the songwriting community. Currently packing up his Boulder residence, and still awaiting a closing date on a Nashville home, the acclaimed Leftover Salmon guitarist, singer, and songwriter reflects upon what a monumental year 2020 turned out to be.

“I was just hanging out last year, and I did some streaming shows. And that wasn’t doing much. I have two sons here, so I’ve spent time playing music with them,” Herman tells American Songwriter over a recent phone call. “That was great, but I realized that during this pause I better try to reinvent myself in some way. We had this year to figure out what we’re doing. One thing I needed to do was more writing.”

He’d hooked up with Davisson Brothers, a country band originally from West Virginia, which led him to meet prolific manager Erv Woolsey (George Strait) and then land a publishing deal. “I’d never really co-written much before. It’s been a great eye-opener, and I’m enjoying it immensely.”

With all this songwriting, Herman has been holding a new record in his back pocket. Leftover Salmon’s forthcoming album, Brand New Good Old Days, out May 7 via Compass Records, their first on the label since a live album back in 2002, had naturally been intended for release last year. “We put off releasing it until we could possibly do some shows,” he offers. “With bluegrass making inroads these days, we thought having a little extra firepower on this release would be a good idea.”

Kicking off the record is an expected treat: a bluegrass rendition of Soundgarden’s 1994 signature hit “Black Hole Sun.” Premiering today, the jamgrass band’s performance sizzles with the same iconic melody, but this time, it’s dressed up with mandolin and banjo, giving it a necessary Leftover Salmon imprint. “Well, we wear flannel shirts, too,” Herman quips of why they covered the song. “That grunge music is all about flannel shirts. And we’d been wearing flannel shirts for years. That song really came out of left field. Soundgarden is outside of our realm. In looking to do a cover on the record, we thought it would surprise people. It’s a rock ‘n roll bluegrass song, which is kind of what we’re all about.”

The album also includes a version of Conway Twitty’s “Boogie Grass Band” (1978), which came at the suggestion of friend and musician Ronnie McCoury, most known for his work with the Del McCoury Band. “It was sitting there in the back of my mind when we were coming up with tunes for the record,” says Herman. “It combines that country, bluegrass Allman Brothers style which sits right where we sit. It made sense, lyrically, and groove-wise, I thought we had a good twist on it.”

These days, I seem to do a lot of dreaming / I’ve forgotten all my scheming, sings Herman on the title track. Just try to be in the here and now. Written well before the pandemic, the band could never have imagined “there’d be a historical line drawn in the sand between the before and the after,” muses Herman. “It speaks so much to what’s happening today. Life is short, and it’s easy to get caught up. Especially for a band that’s been together for 30 years, it’s easy to think about ‘back in the day.’ Realizing that today is the best day we’ve ever had is something that I’ve always tried to reinforce in myself. Being present and enjoying the moment for what it is is pretty darn important.”

Later, Leftover Salmon don’t mince their words or intentions with “Red Fox Run,” a metaphor for “America’s problem with guns,” he says, point blank. Written by banjo player Andy Thorn, who lives up in the foothills of Boulder, the slithering track confronts the gun control conversation head-on, leaving little wiggle room on the matter. Well, thoughts and prayers to broken stairs ain’t helping / ‘Cause the country is owned by the NRA, sings Herman. When the fox is gone, and we all move on, but just know / This is was never about a red fox anyway.

“As we’re getting ready to release the record, there were 10 people killed in a supermarket in Boulder,” says Herman. One of those killed was a long-time friend of the band, as they shared this message on Facebook: “A beautiful soul and a bright light extinguished in a senseless act of violence. Can we please have less assault weapons and more mental health care in our world.”

“I’m all in favor of hunting and gun ownership, but I see no reason why automatic weapons should be part of the mix. This song speaks that out pretty clearly. And the political situation that makes us unable to address it,” Herman continues. “It seems you can’t open the news without seeing something about that. The fear that it produces in people is just inhumane. I’m really glad this song is on the record to address that.”

With Brand New Good Old Days, Leftover Salmon─rounded out with musicians Drew Emmitt (vocals, mandolin, fiddle, electric guitar), Greg Garrison (bass, vocals), and Alwyn Robinson (drums, vocals)─continue proving why they’re among Colorado’s most important storytellers of this generation. “I thought the band was clicking on all cylinders in the studio. This album really came together nicely,” notes Herman.

In addition to the record, Herman eyes a solo record “within the next year,” as well as some new High Hawks tunes.

Listen to “Black Hole Sun” below. 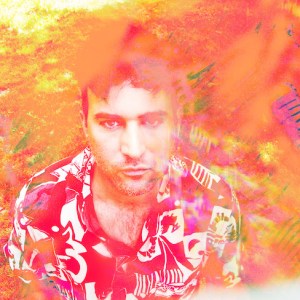 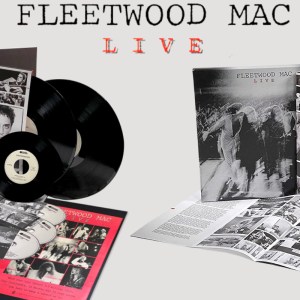