In the realm of popular song, those songs that graduate to the realm of standards are the ones that are recorded by many singers. And those which go even farther – beyond standards to great standards, the best of the best – are the ones that are powerful in every setting, every genre, every tempo and by every singer. Their song “Love Hurts” is among the elite in this respect. It’s got so much power and passion baked right into its bones that the fullness of its greatness comes through, no matter who is singing or in what style. There’s the operatic style by Roy Orbison, the visceral duet by Gram Parsons and Emmylou Harris, the heavy-metal drama of Nazareth, and all of them work. The essential song transcends any single genre.

It was written by the legendary married songwriting duo of Felice and Boudleaux Bryant. Unlike the other famous married hitmakers, such as Goffin & King, Mann & Weil and Jeff Barry & Ellie Greenwich, the Bryants did not live or work in New York City. They were country songwriters. Though many of their songs became pop and rock hits, their roots were in country.

Other classic songs they wrote include  “Rocky Top” (first recorded by the Osborne Brothers), “Bye Bye Love,” “Wake Up Little Suzie,” “Devoted To You” and “All I Have To Do Is Dream” (all recorded by the Everly Brothers), and many others. With more than 800 published songs, it’s been estimated that their songs have sold more than 500,000 copies worldwide.

Felice was five years younger than her husband, who came up with the name “Felice” for her himself. Her given name was Matilda Genevieve Scaduto. His was Diadorius Bryant.  Boudleaux, his middle name, was deemed better than Diadorius.

He was born in 1920 in Georgia, and started as a classical violinist. But ghe far preferred fiddling a country song, and soon left his well-paid and prestigious gig with the Atlanta Philharmonic Orchestra to follow the music that capitvated him even more than Back and Beethoven – country swing.

He met Matilda Scaduto, as she was then known, in 1945. She was born into an Italian family in Milwaukee. He was performing at a hotel there, where they met. She was an excellent singer, but her passion was always for writing. She had a way with words. Just for fun, they’d make up songs together – melodies came as easy and naturally to him as words came to her. They wrote songs before they got married. Recognizing how easily that collaboration worked, they figured marriage couldn’t be any tougher. They got married as soon as they could, and stayed together all their lives.

Though the love between them blossomed swiftly, their success as songwriters came much more slowly. They never gave up hope, while cutting corners literally by living in a mobile home. He would go out on the road withy country bands to make ends meet. She would stay home in their little home writing lyrics. As soon as he’d come home he’d sit her words to music, and they quickly created a substantial songbook of solid songs.

But getting them to anyone who could sing them was a perpetual challenge. Yet they never gave up hope. She would mail about 20 tapes a day to mostly country singers. For years they got nowhere. But they knew that as long as they didn’t stop, they were unstoppable. So they persevered. In 1948, after three years of nothing, their luck shifted. They got the news that the country singer Little Jimmy Dickens wanted to record their song “Country Boy.” That was the start. The record went to Number 7 on the Country charts. Its success caught the attention of the publisher Fred Rose. He invited them to relocate to Nashville, which they did the very next day. It was their dream come true. It was 1950.

Their career simmered slowly at first, with cuts by Carl Smith as well as four singles they recorded themselves. But in 1957, they wrote a string of hit singles for the Everly Brothers, and their place on the country-pop songwriting stage was forever fixed.

“Bye Bye Love” resounded like a classic from the first note, perfect for the close, dynamic harmony singing oif the Everlys. It was later famously recorded by Everly Brothers acolytes Simon & Garfunkel on their album Bridge Over Troubled Water, the only song not written by Paul SImon on the album. It was the classic Bryant hybrid of a soulful country love song that could have poured out of Hank Williams’ heart, with the rock & roll romance of Buddy Holly.  In fact Holly, who rarely recorded anyone else’s material, recorded a fine version of their “Raining in My Heart.”

Though it took them some time to get to this place, once they were there their career soared. Soon they were considers the true songwriter’s songwriters—in that their fellow songwriters revered the
timelessly succinct soul instilled in all their songs; many great songwriters recorded Bryant songs, including Bob Dylan, Elvis Costello, Paul Simon, Roy Orbison and Gram Parsons.

Their music crossed generations, genres and even race barriers when Leona Douglas, the first black artist ever to record a country song, had a 1962 hit with their song “Too Many Chicks.” Soon everyone wanted to record one. Tony Bennett, Sonny James, Charley Pride, Sarah Vaughan, Dean Martin, Ray Charles, Cher and even
the Grateful Dead recorded a song by the Bryants.

In 1978, they moved to Gatlinburg, Tennessee, and they stayed there forever. It was a place they had loved since 1967, when they were in town writing songs at the Gatlinburg Inn. Working on a chain of slow ballads for Archie Campbell, they hit a dry patch, so Felice suggested they brighten their spirits by writing something up-tempo.  Boudleaux was frustrated and “grabbed the guitar and gave it a real strong strum and said, ‘How’s this?’ And then he breaks into [the] “Rocky Top” melody.

In just over fifteen minutes, the classic was complete, an upbeat song about a sad subject, the way urbanity was encroaching on the simple beauty of the Tennessee hills. It became one of their most famous and beloved songs, first recorded by the Osbornes in the late 1960s. But its greatest success came in 1970, when Lynn Anderson’s rendition became a country hit. So beloved was this song that the  state of Tennessee adopted it as their official state song.

They kept writing songs as long as they both were alive together. They wrote their last one in 1987, when Boudleaux died. Felice followed him in 2003; both are buried at the Woodlawn Cemetery in Nashville.

Phil Everly was once asked what it was about the Bryants that made their songs so special.

“[They] had the far-reaching thought process that goes behind writing,” he said. “It would be inner-soul searching and stuff. As silly as it sounds and as trite as it sounds, there’s still a little piece of everybody’s heart in it.  There’s some little twist, some little phrase in `All I Have To Do Is Dream.’ They influenced everyone they met.” 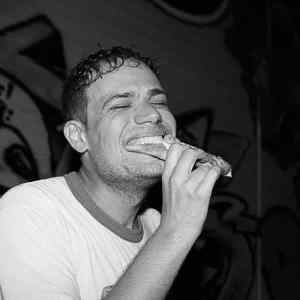 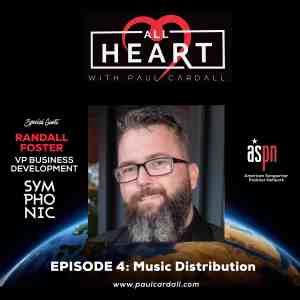