Ghosts and noise drove Leila Sunier’s debut EP. Pulling in ambient noises—white noise—mixed with emotions and the discord in our heads, the Los Angeles-based singer and songwriter played with the idea of sound and frequencies on If Only To Bleed Out The White Noise, out Feb 14. “What I love about alternative music is that noise isn’t an inherent no,” Sunier tells American Songwriter. “You have the freedom to communicate what sonic impurities might emotionally convey.”

Everything is connected throughout If Only to Bleed the White Noise Out. Co-produced with Daniel Loumpouridis (Nick Leng, Louis the Child), the six tracks were a result of certain events in Sunier’s life that drove her to create her “mini thesis” of work.

Also a visual artist, Sunier—who first started putting music to a story-filled notebook at the age of 14—realized that the act of songwriting alone wasn’t enough to fully process everything happening in her life. By her senior year in music school, she reconnected with painting, using both art forms to help her find balance. For If Only to Bleed, Sunier created a series of images to accompany the EP tracks.

“The two informed one another in a very holistic manner,” says Sunier. “I would paint one day, then write and record another, until I felt like I had a clear narrative to share.”

Stemming from a lyric from the second to last song on the project, “Young Thing,” a track Sunier says spoke to growing up and assuming responsibility, the EP title speaks, in a sense, to overcoming mental setbacks. “It’s not an easy undertaking, and I think more often than not, we stumble over ourselves and make mistakes,” she says. “On top of that, we live in a world where we’re constantly comparing ourselves to others and feeling less than, when a lot of what we see and what’s presented to us is just extraneous sound.”

“White Noise” itself is purely a mask for the din of everything else—a cover up, says Sunier. Once you move past that, you’re able better understand your reality. “My lyrical solution is the irony of it all,” she says. “To drink or maybe smoke a joint” isn’t problem solving. That’s merely replacing static with another illusion. But it’s the most immediate and accessible solution—that’s why so many people struggle with substance.”

A harmonious cacophony of sounds, Sunier moves through atmospheric, electro-alt-pop from title track “If Only to Bleed Out the White Noise,” which Sunier says descends into a chaotic swarm of madness and sound as the narrator resolves to learn from her mistakes and grow up, only to be further removed from it all, through new single “A Little Longer,” which swells with Sunier’s willowy vocals, ascending into some melodious and mystical ether.

Written mid-way through production, “A Little Longer” really set the theme and what she wanted to present on the EP: ghosts and noise. Directly connected with another track “Ghost”—released as a double single with “A Little Longer—about the beginning stages of a relationship when two people invisibly but perceivably become part of one another, “A Little Longer” is its continuation when they visibly fall apart.

“The entire song is premised on this idea that you’re writing about someone only to get them out of your head, which is seemingly counterproductive, but in truth, is the foundation of my creative process,” says Sunier. “Writing about something gives you the power to distill and understand information so that you can ultimately move forward and learn from it.” 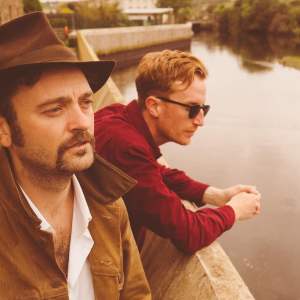 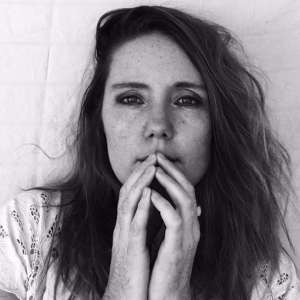