On August 31, MVD Visual will release Bird On A Wire, a 1972 film by experimental British filmmaker Tony Palmer (200 Motels, All My Loving) that has since faded into obscurity. The footage is taken from Cohen’s 1972 tour, and captures 17 song performances and four poems. The original film is lost, but Palmer has re-edited it after being reunited with the actual tapes, which were presumed missing.

“When, in 2009, 294 cans of film were discovered in a warehouse in Hollywood,” says Palmer, “in rusted up cans that sometimes had to be hammered open, and these cans were shipped to me by, of all people, Frank Zappa’s manager, I believed at first that nothing could be salvaged. The cans did not contain the negative (still lost); some of the prints were in black & white; and much of it had been cut to pieces and/or scratched beyond use. But when I finally opened one box and found most of the original sound dubbing tracks, I knew we had a hope of putting the jigsaw back together. So now, taking full advantage of the latest digital technology, this is what we have done, piece by piece, slowly and painstakingly. It has taken months and months, and probably has cost more than the original filming, and although it’s by no means perfect, it’s very close now to the original.”

“Now, looking back after 38 years, my admiration for Cohen as a poet, a singer and as a man, remains undiminished,” says Palmer. “The original film was made with love, and I hope that quality once again shines through the restored film.”

Bird On A Wire hits stores a month before Songs From The Road, a CD/DVD combo from Cohen’s 2009 tour. 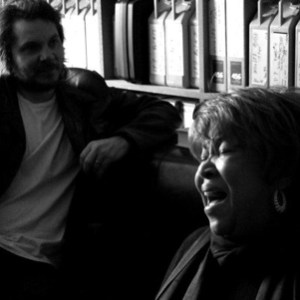