When you’re 15, performing at a high school gig, and John Prine sits in the audience, you’re on to something. First testing music as a hobby, Levi Hummon found himself playing to a 20-person room in Nashville… and then he walked in.

“I remember I was sitting up there and there three people in the audience—my brother, my mom, and John Prine,” says Hummon. “John sat there after and was like, ‘I love your music,’ and ever since then, whenever I saw him, we talked a bit. He seemed to be a actual fan, which was amazing, and I’m obviously a huge fan of his. That was pretty incredible.”

Prine had been a friend of the family, including Levi’s father, Grammy Award winning songwriter and composer Marcus Hummon, for many years. “I think it freaked me out more than him,” says Marcus who joined Levi for the interview. “At that point, I was already two decades in. I don’t ever remember John coming to my show. Then Levi starts playing, and John Prine walks in. Are you kidding me?”

Since that moment with the late Prine, Levi has gone on to write, releasing his self-titled EP in 2016 and more music over the past five years—even co-writing Tim McGraw’s 2020 single “Not from California,” with his father.

When Hummon first started pursuing music seriously, he was forbidden to drop out of college in Florida unless he moved back to Nashville to attend Belmont. So he went to Belmont and spent every Thursday in the writer’s room with his father.

“I pretty much learned everything about Nashville and writing from my dad,” says Hummon. “When you grew up in that household, it’s waking up at seven in the morning getting ready for school and hearing your dad on the piano creating his lyric and melody for his co-write. I abide by the same process of create by yourself, then bring it to the write and have an idea ready.”

Recently playing some shows at The Listening Room Cafe and Bluebird the past year, working through writing sessions via Zoom was something Hummon couldn’t connect with completely, which led to more solo writing in 2020.

“I’ve taken the time to regress, to write by myself, and in a lot of ways, I’m exploring my own voice,” shares Hummon, whose latest single “A Home,” was written entirely by him. “That’s actually a testament to 2020, just being able to sit alone and sit with your own thoughts and  be honest.”

Exploring writing on his own, Hummon is always indebted to collaborative writing. “It makes you a better writer,” he says. “The goal for me has always been, if you’re in a co-write, you should be the worst writer in the room and be the person learning and be the person improving.”

Hummon adds, “I’m definitely changing and developing as a human being, which affects my songwriting, whether it’s falling in love or falling out of love or falling back in love, relationships have a huge affect on my songwriting. In the school of Taylor Swift, I like to write about how I’m feeling.”

His latest single “A Home” was born out of his own relationship, after he and his girlfriend ended up completely renovating a home together. “I watched her and fell in love with her as we renovated it together,” shares Hummon. “The song ‘A Home’ is about turning your house into a home and the kind of a dreams we have together. She literally changed my life.”

The more he consistently releases music, the freer Hummon says he feels as a writer and artist, still navigating a more genre-less scope. “I’m country in a lot of ways, but I’m also kind of genre-less and always searching for what my voice is,” says Hummon. “Having successful songs allows you to kind of be more confident, especially in the digital world, because there are no rules. If they like it, they listen, and if they listen, then they’ll share it.”

Always sharing music and co-writing, Marcus says he lets Levi take the lead when they write together. “He’s the boss when we’re writing, and that’s okay, ” says Marcus. “I tend to be a little bit on the roots-y side, and he has all of that, but at the same time, with his journey as a writer and as an artist, he’s naturally pop but has country roots for sure.”

Levi interjects, “I should probably let him lead more often because then I’d probably have more hits.”

Writing “like crazy” throughout 2020, Hummon is putting the finishing touches on a collaborative project, has a new body of work ready for release later in 2021, and wants to explore writing more for other artists.

“There’s no retiring, no quitting, no anything,” says Hummon. “It’s been that way since I can first remember. It’s just in my DNA. It’s in my blood.” 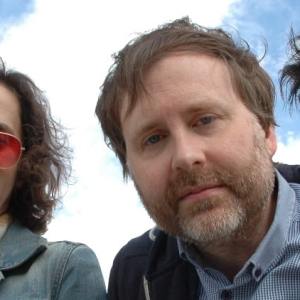 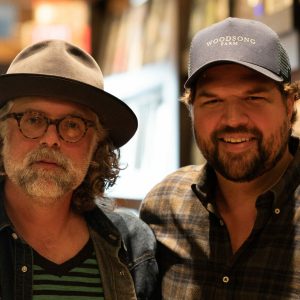