There’s no real prescription to becoming sober, no therapy, medication, or personal care that will miraculously make addiction go away. On “The Doctor Will See You Now,” off Big Mother Gig’s third album, Gusto, out April 30, singer Richard Jankovich reveals his road to sobriety, the many facets of self-care, and finding hope at the end of it all.

“This song is a pretty overt admission of sobriety being a work in progress,” says Jankovich. “It’s my attempt at a proud declaration of being sober, even at the risk of seeming corny. But it’s also a bit tongue-in-cheek as well as we think about the whole industry of care—vitamins, bandages, doctors, therapists, healers.”

For the Milwaukee-bred, Los Angeles-based rockers, Gusto, mixed by Dan Long (Local Natives) and mastered by Howie Weinberg (Nirvana, Spoon), explores all the many layers of recovery and emotions tied to addiction, the familial, relationships, and personal expectations. Sonically seeped in a swoon of ’90s-riffed melodies, “The Doctor Will See You Now” reveals Jankovich’s present state in all its honesty, opening on I’m not covering up my feelings / There’s no bourbon in my cup.

Cohesively, Gusto spans emotional journeys and second chances. “I celebrated my first year of sobriety alone over a stormy spring weekend in a desert cabin with some recording gear,” says Jankovich. “The album just flowed out of me, 13 songs over three days. I wrote from morning until night, and it was cathartic.”

Still on the road to recovery, Jankovich, also known for his work with electro-pop band Burnside Project and under the moniker Pocket, remixing for Beck, Radiohead, and others, says there’s something to be said about self-care, which is not remiss in Los Angeles, and sobriety.

“We all think if we can just get better, everything will fall into place, like the idea of a magic pill, just getting to the right doctor will make us better,” says Jankovich. “Kale juice cleanse, hot yoga, meditation—self-care both saves me daily and mortifies my Midwestern sensibilities.”

A follow up to 2018’s No More Questions, and previous Gusto single “Underdog,” featuring guest vocals from Leah Wellbaum of Slothrust, and an ode to his wife who helped him through his alcoholism, Big Mother Gig—Jankovich, along with Michael Datz, Albert Kurniawan, and Micah Lopez—were originally going to call the album For Those About To Rock Bottom, a more sardonic take on getting sober. Instead, Gusto reflects a sober new life of pleasures, enjoyment and empowerment after coming out on the other side of addiction.

A face plastered in multiple hues of frosting, the video finds a patient in various of states of disarray, moving through the many phases of recovery, and just the right self-care.

“Our patient walks in, clearly suffering from having food products caked all over his face,” says Jankovich of the video. “He tells the doctor something’s wrong but he gets it all wrong—he thinks it his arm, his shoulder. The doctor sees the problem right away and cleans up his face.” 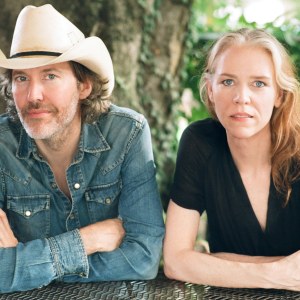 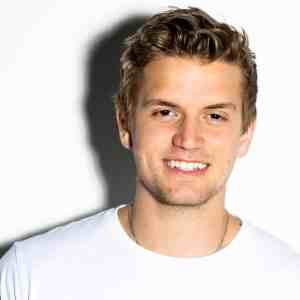