Fuck you for wasting my love, derides Lexi Jayde. With her new song “Newbury Park,” the rising pop singer-songwriter isn’t about to let all her pain go to waste. Instead, she pours it back into her songwriting, finally allowing herself a path to recovery. “I wanted for whoever it was to hear it to be able to just relate and feel something from it,” she says.

“I want people to scream their hearts out to the point where after the song’s over they feel uplifted and more confident in their worth,” Jayde tells American Songwriter.  “It’s so important to know what you deserve and to know how you should be treated. Leading up from the verses to the chorus to the bridge, I feel like you can feel the emotion through the words and the production. I hope this song helps people heal and helps girls, especially those who have been treated shit by a man, know that they are so much better than that.”

Co-written with Danny Spadaro and Jax Anderson, “Newbury Park” carries a similar emotional wallop as Olivia Rodrigo’s “drivers license,” yet unleashes its own kind of power. You got a lot to say for someone miles away / Another lonely afternoon in Chinatown, she sings, brushing with bright specificity. I put my makeup on just to take it off / Your favorite pastime is letting me down.

While Jayde writes with precision, often feeling tethered to one particular moment, she actually draws upon “many things with boys I’ve experienced over time,” she says. “I knew I always wanted to write about what I had been through, but it definitely happened months after the situation.”

“I think the best thing I got out of the heartbreak was growing the strength to stand up for myself and knowing my worth. I was so blinded by so many things, and I never ever thought about my own feelings,” she continues, “until I realized that I’m so much better off and should be treated the way I deserve to be treated. I’m so grateful for the heartbreaks because it not only led me to grow but it made me so much stronger and wiser.”

Through such confessional, pointed songwriting, Jayde reclaims her self-worth and uncovers an avenue through which to process her hard-to-pin feelings. “My music is basically my entire life story put into songs. It helps me grow, heal, cope, and just overall makes me happier. It’s a place where I can be myself and write with complete honesty,” she says. “I realized as I continued to write the more relieved I had felt about certain situations. Hearing the final product of a song is kind of like closure for me, whereas I never found that in other things. Songwriting is so beautiful in so many ways, and I’m forever grateful for it.”

A Los Angeles native, Jayde began writing songs when she was just seven years old ─ a striking reminder that perhaps music was always her destiny. “I vividly remember writing all these ideas in my notebook and creating melodies,” she says. “Fun fact: my parents told me I was most creative on the toilet. And it’s true, I remember at that age I would specifically go sit on the toilet and write a song.”

“Newbury Park” arrives as only her third single to-date, following “Oldest Teenager” and “If I Really Love You,” released in 2020. Her influences, including Phoebe Bridgers, Fleetwood Mac, Frank Sinatra, and Taylor Swift, serve her well in laying down immovable foundation to carve out her own lane.

In her songwriting process, Jayde keeps it “super simple,” she says. “Whoever I’m with producer or writer wise, we usually end up talking for an hour or so just about my life and the world, in general. Whatever I’m feeling that day, whether it’s an experience or an emotion, we end up creating a concept from that. I love free styling and creating melodies on guitar, and then the magic begins from there.”

Lexi Jayde certainly has a magical touch. Her three-single catalog, as well as a feature on Cigarettes After Sex’s “On Repeat,” has already snagged over seven million collective streams.

Such an immediate response is to be expected. Her talent speaks volumes, and a methodical release strategy keeps fans enticed, as well as alleviates any pressure put upon herself. “One big thing I’ve learned is not rushing and being real with my music,” she explains. “The storytelling side of it is so important, and I’m always challenging myself to make certain lyrics even better and more visual. Sometimes to get what you want you have to think outside of the box and not rush anything. It’s been cool to grow in this space and continue to find new things to contribute in my music.”

In addition to her music, Jayde also works as an actor, having appeared in “Crown Lake,” “Secrets in the Water,” and a number of shorts. 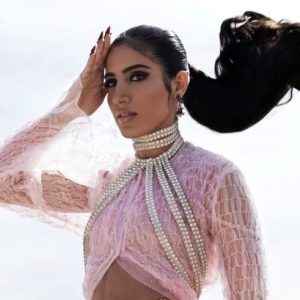 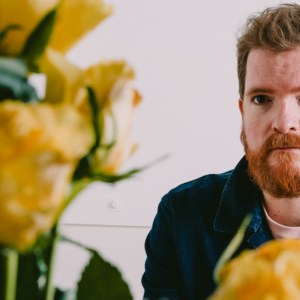