“When I write, when I sing and when I think about my visuals or my artistry as a whole—I like being a badass bitch,” ABIR told American Songwriter.

And since she began releasing music back in 2017, ABIR’s message of confidence has only grown. Born in Morocco and raised in the United States, the 24-year-old New York-based artist has begun to rake in millions of streams for her bold and empowering music which blends an uber poppy style with her Arab-American identity. On March 3, she dropped a new music video for “Yacht,” a single from her debut EP Heat, which came out last August.

Directed by Shahana Khan, the new video is rich with imagery alluding to ABIR’s wider themes of self-love and individualism. “At the beginning of the video, I’m flat-faced on the floor,” ABIR said. “From there, I envision how I’m going to escape that moment. With the budget we had, we knew that we didn’t want to do anything super literal, like an actual yacht in the ocean or something. Instead, we used the Lamborghini as the yacht—there’s a symbolic relationship between me and the car. What you see is kinda like a dream—I’m envisioning what I’m going to do to get outta there. I’m going to be a strong bitch, I’m going to get up and get it.”

As you may have already noticed, ABIR is a concept-oriented artist. From the symbolism of her visuals to the exact way she carries herself, so much of her artistry comes down to supporting her overall message of strength. “I want there to be power behind everything I do and say,” she explained. “So, I spend a lot of time thinking ‘Hmm, is that the right word? Is that the sentiment I want to express?’”

That’s also why she’s been so devoted to honoring the sound that she grew up with. “Mick Schultz [Rhianna, Kelly Clarkson] and I had so much fun experimenting, finding the best way to combine my culture and heritage of Arab music with mainstream pop,” ABIR said. “I’m just as big a fan of American music as I am a fan of the music I grew up listening to at home, which is Arabic music.”

Specifically, ABIR and Schultz were able to weave together the sounds and textures of Arab music—and a distinctive vibe, provided by ABIR’s style—with the structure and backbone of American pop.

“It was kinda like a science experiment,” ABIR said with a laugh. “We had to keep trying to figure out what sounded good together. From Arab music, we were trying to incorporate a lot of the oud and percussion. We were actually using so much percussion from Arab music that we would remove some of the percussion you would hear in pop music. So, we were kinda playing this replacement game. It was like ‘Oh, you hear that hi-hat? Why don’t we try to replace that with an instrument from North Africa that mimics a hi-hat?’ So, it got more creative in that sense. We weren’t playing instruments where they belonged, we were just listening to the songs saying ‘Hey, I know that’s a drum, but it kinda sounds like it could be a really cool hi-hat if we just pitched it up.’ We were just having so much fun experimenting and trying different things to help get the emotion of the song across.”

And the songs do carry a palpable emotion. With “Yacht,” for instance, there’s a dual sense of longing and hope. In the chorus, ABIR’s strong vocal performance conveys a sense of determination, that for her, she’ll be able to turn her sadness or hardship into something better, something meaningful.

“On ‘Yacht,’ I’m talking about heartbreak, but, as a person, I can’t relate to just living in it forever, always being sad about it,” she said. “I can’t just go through a heartbreak, it doesn’t work. I need a lesson, I need the next stepping stone to wherever God is going to take me.”

Yet, in the case of “Yacht,” ABIR candidly admits to having a hard time finding inspiration at first. “I was deep into writer’s block,” she said. “Back then, I was in my head and kept thinking ‘Oh my God, I can’t write. I can’t even come up with an idea I like.’”

Faced with that dreaded feeling that so many songwriters know, she eventually got together with Schultz and the two concocted a plan to bring an end to the creative drought.

“We had the idea to go into the studio and split up,” ABIR said. “Mick was going to work on a beat with headphones on so I can’t hear it, and I was going to work on writing lyrics without any music, which was a first to me. So, when I first started writing ‘Yacht,’ it was like a poem. Then, after 30 or 40 minutes, we came back together and shared what we had done. Mick played the beat and I tried to sing the words I had written into a melody. Sure, we lost a few words just to make it flow better, but essentially, the song came to us immediately when I tried to sing my words over Mick’s beat. It was such an amazing day, we were so relieved.”

After this experience, ABIR began to solidify her belief in the power that she yielded to control her own success. While “self-confidence” in itself is a tricky thing to fully confront—especially when it comes to songwriting—she began to learn the lesson that sometimes, getting in the right headspace is all you need.

“I think your mind can trick you into thinking that you don’t have any ideas,” she said. “But, inspiration only comes when you’re putting the intention in. I think I felt I was putting the intention in back then, but really, writer’s block doesn’t exist, you have to just keep going. Even if it’s a terrible song, you gotta write that terrible song to get your mind going. Maybe you’ll be inspired by a line you wrote in that terrible song that you’ll turn into a great song that you’ll love. Even as I’m working on my debut album now, that’s the mentality I’ve taken—write the song, finish the song, even if it isn’t perfect.”

Yet, as you’ll find if you decided to try out this method, the more songs you write, the less “terrible” ones you get. That was certainly the case for ABIR, who is indeed amping up to put out more new music in the near future. At a time when identity and heritage is coming more and more into the limelight in America, ABIR’s rise to success is emblematic of a wider embrace of the exact brand of confidence she exudes—both in her personality and in her songcraft.

“If anything, it’s allowed me to blossom more and become the woman I know I am in my head,” she said. “Being able to do that in art sometimes requires compromise. Sometimes you have to meet in the middle. But, with this project and with the album that’s coming, there’s no compromise. It’s me, I’m being honest and I’m being vulnerable, but it’s all me.” 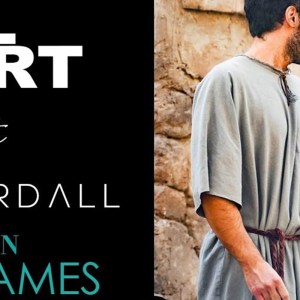 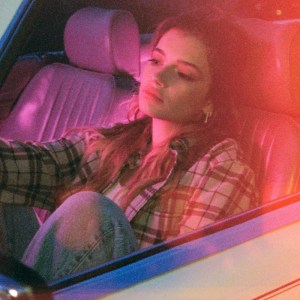