Nashville native Jaren Johnston of the band the Cadillac Three joins the Pitch List podcast for a conversation which ranges from wild touring stories, softball games with Jack White and Kings of Leon and how he manages to juggle all his different roles.

Throughout Johnston’s career, as a songwriter, producer and bandmate, he’s had one common thread through it all: doing something different. Whether its fusing country with funk or writing surprisingly candid lyrics, Johnston isn’t afraid of veering away from the status quo.

For the Cadillac Three’s most recent album Tabasco & Sweet Tea, Johnston reveals that it was inspired by the band Cake and was an earnest act of sonic experimentation in a genre which doesn’t often embrace change.

“We started that record last year actually on the bus and it just kind of morphed into this thing. I’d play it for people and then I finally played it for Scott Borchetta and he was like, ‘Dude, I’m two songs in and I cannot believe this.’ And I was just like, ‘Oh, cool, man.’ Because I thought he was gonna be like, ‘Jaren, what are you doing? This isn’t gonna work.’”

Johnston later goes on to add: “I hadn’t heard anybody do Tower of Power meets ZZ Top meets Garth Brooks, lyrically, you know? So that’s kind of what I was shooting for, something different.”

His capacity for going with his gut and trying things out has served him well as he has written chart-topping hits like “Raise ‘Em Up” for Keith Urban and “American Spirit” for Thomas Rhett while receiving a Grammy nomination in the process. Even with all the accolades, Johnston doesn’t plan on stopping there. He hints to possibly creating his own label in the future and continuing to do more work producing.

“It’s gonna be a lot more producing stuff coming up. Probably going to jump into an A&R situation, partner with a label before long, kind of in the works. Eventually, I think, down the road, I would like to have my own situation, my own label. Whether it’s an Imprint or something. Kind of similar to what Luke Lewis did back in the Lost Highway days, you know? That whole mindset and that whole vibe is missing, I think, in Nashville right now.”

By “vibe,” Johnston means recruiting an incredibly talented eclectic roster to push boundaries and change musical perceptions, just as he has.

Of course, with a long successful career under his belt, Johnston is sure to have some stories. On the podcast, Johnston shares about a time that he played softball with Jack White and members of the Kings of Leon because of their mutual friend Brendan Benson of the Raconteurs as well as the time he got in an unexpected street brawl in London the night before recording at the iconic Abbey Road Studios.

To hear more on these stories and on Johnston’s time in the Cadillac Three, check out the Pitch List podcast. 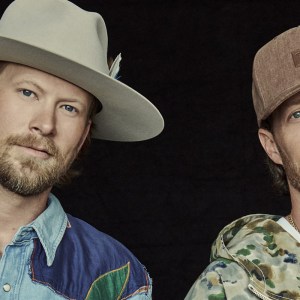 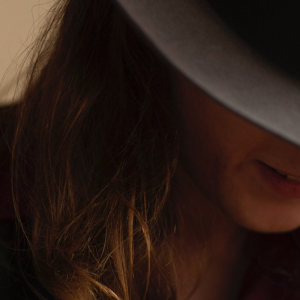