We had the pleasure of interviewing Jason Wade & Steve Stout of Lifehouse over Zoom video with co-host Sean Ulbs of The Eiffels!

“With the release of Lifehouse: Greatest Hits on Universal Music Enterprises, a chronological collection of the band’s 18 hit singles and best songs, this year marks a time for the band to look back on a remarkably successful career.  Founded in 1999 by singer/ songwriter/guitarist Jason Wade in suburban Los Angeles while still in his teens as Blyss, Lifehouse has forged a path that most bands only dream about, topping the charts, having hit songs all over the radio, sharing the stage at arenas with the likes of the Rolling Stones, Pearl Jam and Matchbox Twenty.

Since bursting on to the scene in 2000 with their hit debut, No Name Face – which sported the chart-topping Modern Rock-turned Hot 100 #2 hit, “Hanging by a Moment” – Lifehouse has released seven albums that have cumulatively sold more than 15 million around the world, spawning a string of multi-format airplay hits like “You and Me”, “First Time”, “Whatever It Takes” and “Halfway Gone”, the latter four co-written by Wade with collaborator Jude Cole.

Having taken some time out after the release of 2015’s Out of the Wasteland, Lifehouse’s three members have dedicated themselves to individual pursuits. Recently signed to Sony/ATV Music Publishing, Wade has devoted himself to writing, releasing 40 songs that have never previously been available- one a week on the Internet. Bassist Bryce Soderberg now fronts his own band Komox (named after his Canadian hometown), while drummer Rick Woolstenhulme moved with his wife to Arizona to pursue online session work from his recording studio.

“Radio has changed dramatically in the last few years, so it’s a nice change to be off that treadmill,” admits Wade, the son of missionaries who traveled to various countries, including Hong Kong before returning to the Pacific Northwest and then the West Valley of L.A., where he turned to songwriting to cope with a “traumatic” adolescence.

“We feel a profound gratitude to be able to get to this point,” echoes Soderberg, who joined the band in 2004 in time to play on 2005’s Lifehouse album. “That we can celebrate our accomplishments with a new tour and Greatest Hits record makes this an amazing time for us.”

Lifehouse will embark on a six-week-long summer tour with Switchfoot that will see them give a much-anticipated homecoming concert at the Greek Theater in Los Angeles in September.  It will mark a welcome return to the city where they started out almost 18 years ago, releasing 1,000 copies of an indie EP, Diff’s Lucky Day, including demos they recorded with money from DreamWorks Records, where they signed after being discovered by producer Ron Aniello and their longtime manager and co-producer Jude Cole.

Their major label debut, No Name Face, was recorded largely in Aniello’s home recording studio in Woodland Hills, CA, which was an instant success thanks to the album’s very first track, “Hanging by the Moment.”

“That was the last song I wrote for the album,” remembers Wade. “I picked up the guitar, tuned it to drop D, began playing this riff and wrote it in, like, 10 minutes. It was a real out-of-body experience channeling it.  It came out of nowhere – the words, the bridge, the melody, everything.  It’s almost as if it were already written.”

That was the start of an amazing run for Lifehouse. “Hanging by a Moment,” which went on to become Top 40’s Most Played Song that year, was followed by an array of hits, including “You and Me” (#1 at both Adult Top 40 and AC, Top 50 Hot 100) from 2005’s self-titled release, which debuted in the Billboard Top 10.

“I was writing a love song for a friend’s film, and I just got engaged to my wife,” recalls Jason about “You and Me.” “Jude came up with the chord structure.  I proposed to my Braeden at Disneyland with a boom box playing an early version of the song six years before we released it.”

Freed from the tyranny of the Top 40 rat race, Jason Wade admits, “There’s less pressure on us now. To be able to tour and perform songs we’ve recorded is a blessing.  It’s bound to renew our commitment to making new music as a band.”  Another incentive for the group is being able to once again control their own master recordings.

“Everything that’s happened to us– the ups and the downs – has led to this moment,” adds Bryce.

The first words sung by Jason Wade on No Name Face from “Hanging by a Moment” still ring true.

“It’s both the end and the beginning,” nods Bryce.  “We’re right where we’re supposed to be, and the sky’s the limit.”

“We still enjoy playing and giving back to the fans who’ve been with us for almost two decades,” says Jason. For someone who began as a songwriter – with no dreams of fame and fortune – Wade has come full circle.  “The music we make will be what we want to make, without worrying about what anybody else thinks… except our audience.” 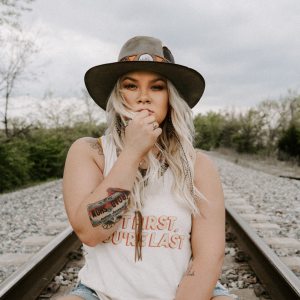 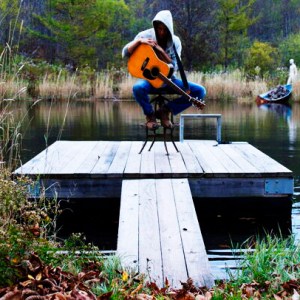