It’s a totally rare occurrence these days for a cover singer in a bar to “get discovered” and get major publishing and recording contracts. But Drew Green hit the jackpot, managing to climb the ladder from a gig in a downtown Nashville honky-tonk to a position on the charts as a writer, then to a spot on a major label roster.

After years of playing downtown Nashville tourist-trap bars, especially Tootsie’s Orchid Lounge, Green was heard by the right people and got a publishing deal with Warner/Chappell Nashville and Brett James’ Cornman Music, where he eventually turned in more than 100 original song demos. He really got noticed as a co-writer of Florida Georgia Line’s single “Colorado” with songwriters Hardy and Hunter Phelps. This song, and his continuing to play live at night, helped lead to a recording contract in an exclusive, long-term, joint-venture agreement between Sony Music Nashville and the new imprint Villa 40, co-founded by music industry executives Joe Fisher and Brad Margolis. Green told American Songwriter that, more than anything, he owes his success to being seen by and meeting the right people while fronting the band at Tootsie’s.

“Absolutely man,” he said via telephone. “Playing downtown was the best thing that could have happened to me. There’s so many people playing [downtown Nashville], it just blows me away that this is happening for me, because some of the best singers ever are working down there every night. For me, it’s just really been so much about hard work, first about going to school during the day and playing at night, then about writing every day and still playing at night. And playing down there, I think what I learned the most that has really helped my writing was that I’ve learned what people want to hear. People from every state, from all over the world, come to Nashville, and they’re telling me what they want to hear, what songs they like. So that kind of helps me figure out what song to write, figure out what’s working and what’s not working.”

Green said that whether it’s the new modern country or the old-school songs that started it all, music and songwriting are still pretty much the same as they ever were. “We still get people in the bar wanting to hear Hank Williams or Johnny Cash or ‘Mama Tried,’ great older music, and I’d love to play a whole show of that stuff. But in writing today, the subjects are still really the same. What we write about isn’t really much different today, the difference is just in the way we say things.”

With the release of his first single on Sony, “Little More Be Alright,” Green is getting his initial taste of major label exposure as an artist. A song about how life is good but we can always use a little more, Green wrote the song with producer Mark Trussell, who has written for Maren Morris, Billy Currington and others. Trussell played most of the instruments on the track and engineered it as well. Green recalled where the idea for the song came from.

“A friend of mine called me one day, and he was talking about some land he wanted and how he really couldn’t afford it, that it would really do him some good to have it though he didn’t really need it. Something about that conversation stuck with me, about how things have been okay but a little more could be good. A couple months later I was writing with Mark, and I had made that into a title, ‘Little More Be Alright.’ So we had the title and started with that, and kind of kept it pretty simple in the first verse, we still weren’t really sure exactly what we were gonna get into. Then it just really fell into our lap about halfway through. I think we were really fortunate with it, it’s one of the better songs I’ve written.”

Green said he’s planning to issue another single soon while keeping busy writing and playing. “We’ll probably put out another single in a few weeks and see how things go. If it all goes well I’d like to put out an EP in the next year. With everything going on in the world right now, we’re just not really sure yet.” 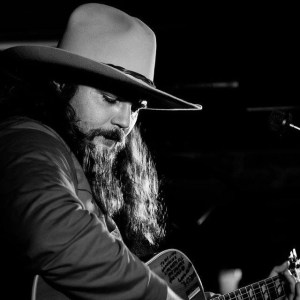