Home of the iconic World’s Fair and the annual U.S. Open Tennis Championship, the new location in Queens is a shift from the previous space at Citi Field where the festival had been held since 2021 after moving from Randall’s Island in Manhattan, where it ran from 2012 through 2019. When it first launched in 2011 Governors Ball was a one-day festival on Governors Island in Manhattan. The festival was cancelled in 2020 due to the pandemic.

The move to Corona Park will accommodate the 2023 headliners—teased days earlier in an animated YouTube revealing clues about some of the performers, including a flute for flautist Lizzo—in addition to more than 60 acts set to perform at the three-day festival this year, including HAIM, Finneas, Diplo, Lil Baby, Lil Das X, Giveon, Pusha T, Girls in Red, Snail Mail, Suki Waterhouse, among dozens of others.

“Words can’t express how excited we are to bring Gov Ball to Flushing Meadows Corona Park, one of the most special and storied parks in all of New York City,” said Tom Russell, co-founder, and partner at Founders Entertainment, in a statement. “Since moving to Queens in 2021 we’ve been overwhelmed by the welcome the community has shown us, and we look forward to continue being a part of and giving back to that community for years to come. We are honored to call such an iconic venue our new home, and we thank Mayor Adams and his administration and Queensborough President Donovan Richards for their trust and support.”

Along with green spaces and grassy fields for the stage set ups, Corona Park is also easily accessible for attendees with mass transportation, options including the MTA 7 subway line and Long Island Railroad.

In addition to VIP and Platinum ticket options, the 2023 festival will also introduce the GA+ ticket, which will feature access to air-conditioned restrooms, an exclusive centrally located lounge area with shade, seating, and an exclusive bar, food vendors, water refill stations, and a dedicated concierge.

Festival producers, Founders Entertainment, are also working with the Queens Night Market to bring a variety of food and other vendors representing New York City and specifically the borough of Queens throughout the festival.

This year, the Governors Ball Gives Back program will also benefit the Music Forward Foundation’s scholarship program, which provides scholarships to youth from under-served communities who are interested in working in the music industry, in addition to supporting the Queens community by partnering with local non-profit organizations, including Chhaya and the Elmhurst/Corona Recovery Collective (ECRC), and more revealed in the coming weeks.

“We’re big steppers here in Queens, and we couldn’t be more excited to welcome Kendrick Lamar, Lizzo, Odesza, and a litany of other iconic artists to Flushing Meadows Corona Park for Governors Ball 2023 this June,” said Queens Borough President Donovan Richards Jr. “Beyond hosting some of the world’s most popular musicians and enjoying the economic activity that Governors Ball will generate across Queens, we’re also deeply grateful for the festival’s partnership with local organizations like the Queens Night Market, Chhaya, and ECRC to elevate our local food vendors and our community groups doing critical empowerment work every day.”

Check out the some of our Most Memorable Moments from Governors Ball 2021 HERE. 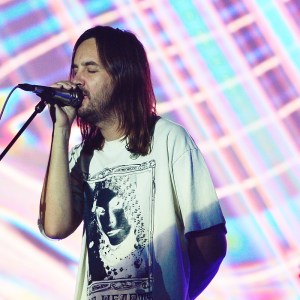 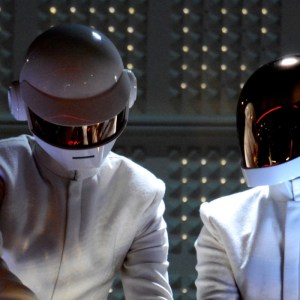