As an American person of East African descent, living her formative years in Champagne, Illinois, the burgeoning artist, Somi, regularly felt like she resided between several realities.

Musically, for example, there was often a difference between what she heard at home and what she encountered outside her front door. And while there is nothing wrong with that, per sé, having a foot, so to speak, in two distinct sonic pools does create a unique point of view for any musician.

More recently, Somi has turned that vantage point into a creative thesis statement. It’s become her mission to bridge seemingly disparate parts, to bring them together in her songs, in the way she tells stories and in how she talks about the world. For this work, Somi has distinguished herself. To wit, she was recently nominated both for an NAACP award and a Grammy for her 2020 release, Holy Room: Live at Alte Oper with Frankfurt Radio Big Band, which is as much an homage to live performance as it is an example of art at its highest ambition.

“I’m thrilled,” Somi tells American Songwriter. “I’m grateful to be acknowledged by my peers and the industry in this way. I think that, in many ways, because of how this year has been for so many artists, including myself, and just everyone, how this pandemic has really impacted us in our work and our way of making a living and how we do what we do on stage, it’s been incredibly humbling to have something to celebrate in the midst of all this.”

The celebration, though, almost never came to be. Like something out of a storybook, Somi hadn’t planned to release the Frankfurt-recorded live album in 2020 until the pandemic hit and shut down essentially every other creative avenue. She’d recorded the set in Germany live for a radio station there and, as a result, had the concert in her back pocket. So, when there weren’t any other options amidst the shutdown, Somi decided to release the live LP. The resultant Grammy nomination was a real silver lining in an otherwise difficult year. But at the same time, what Somi likes most about the recording is that it was made in front of a live audience.

“It reminded me of what the live stage actually gives me as an artist,” she says. “Even listening to the audience, it was just as poetic. I wanted to share that as a reminder to myself of what makes me feel most alive and also as an offering of gratitude to the audiences who have supported me.”

While Somi grew up in Champagne, she also went to primary school in Zambia. Her family extends from Uganda and Rwanda. She is compelled to understand the African diaspora and to offer her gifts to those who comprise it. Somi’s grandfather was a reverend, so she also grew up in the church, listening to religious and spiritual music, too. Her parents instilled in her a great sense of pride for who she was at an early age and that helped buoy and propel her to become the successful creative person that she is today. She knew her family was different from most of those in her neighborhood in Illinois. She knew she was different from most of the people with whom she went to school, too. But all the while music was there to guide this singular adventure.

“There’s nothing else that makes me feel as alive or as connected,” Somi says. “When I’m telling stories, when I’m singing, standing on stage, when I’m inside of the music, it just feels good. When you choose the path of an artist, there’s so much uncertainty. There’s no clear path from point A to point B. We have to remind ourselves why we’re doing the work. We have to come back to that goodness.”

Somi’s live record is nominated for Best Jazz Vocal Album (she is the first person of East African descent to be nominated in the category). For the musician, jazz offers a range of possibilities. She loves the genre, she says, for its metaphorical open mind. Jazz explicitly asks the performer to improvise. It requires shifting from mode to mode, solo to solo and idea to idea. Perhaps more than any style of music, jazz is malleable, which is perfect for someone who feels betwixt so much already.

“It really mirrors my own journey as a person,” she says.

For Somi, whose acclaimed studio LPs include 2014’s The Lagos Music Salon and 2017’s Petite Afrique, the key to bridging the often compartmentalized sections of her experiences is the art of telling stories in her songs. As a young person, she says, she often looked for herself in the stories of others. But as she’s matured, Somi says she’s embraced the power of her own imagination. Now, the stories she tells are fresh spaces that she’s carved out where she knows she belongs. They are also places she can share with others along her way.

“I like the idea of inviting people to travel through storytelling,” she says.

The musician recorded Holy Room in 2019 in an eighteenth century German opera house in front of a large group of ticket holders. It was one of a string of gigs for her on a European tour. She was invited as one of a handful of foreign artists throughout the year to perform with the Frankfurt Radio big band. At the time, though, what seemed like another opportunity for Somi turned out to be a potentially life-changing event. And the album that came from the performance is a lush amalgamation of songs from past records that showcases Somi’s knack for engaging people with her keen intellect, bright voice and creative light. She’s talented, to be sure. But she doesn’t take direct or sole credit for those abilities. Instead, she tips her cap to her cherished art form. 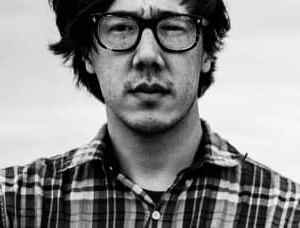 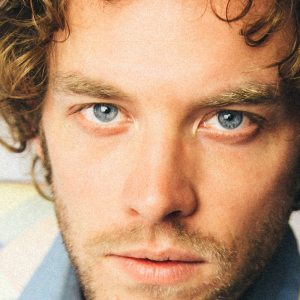