Charlie Treat Premieres New Song, “I Ain't Gonna Be The One To Do It” - American Songwriter
Search
Cart 0
Menu

Charlie Treat is an unassuming kind of guy, and yet he doesn’t let that inhibit his craft and creativity. Raised on a farm in New England, he absorbed any number of influences that would eventually shape his sound, from Delta blues, country classics and work songs, to the best of Bob Dylan. He took to the road early on, living the life of an itinerate musician, only to eventually return to his native northeast after falling prey to a series of mishaps and misadventures. It was there that he established a reliable reputation as an up-and-coming singer and songwriter before being lured to Nashville, where he quickly found his place in that city’s vibrant musical community.

Treat’s first offering was a self-titled EP. It will soon be followed by his first full-length album, titled The Comet. Set for release on March 26, The Comet offers Treat’s wry take on Americana, much of which is unerringly eccentric and decidedly left-of-center.

American Songwriter is pleased to share a preview of that upcoming album, a song titled “I Ain’t Gonna Be The One To Do It.” It’s a somewhat sassy tune, delivered with an unabashed enthusiasm that reflects Treat’s sly sense of humor.

Treat says the song was inspired by a woman that he had fallen for, only to realize in time that she really wasn’t right for him after all. “She was erratic, unpredictable, stormy,” he recalls. “And, unfortunately, she was also beautiful. We loved each other. She had the qualities I was looking for. In fact, I think that at times, I was even attracted to her anger. It felt fearless. Liberating. Like the world didn’t matter for a second. Over time, though, I couldn’t bond anymore. I grew into a tadpole, or whatever. The storm had passed. I finally put my foot down and excommunicated. This song was my declaration of independence.”

The music evolved out of an unlikely source of inspiration .

“I was listening to a lot to the Willie Nelson, Willie and Family Live record at the time,” he suggests. “Our band had played Whiskey Jam a month prior, and I remember we were backstage waiting to go on. The audience was dead-face watching whoever was playing. But then the next band went on and went into a fast shuffle, and the crowd suddenly exploded into spinning and twirling and smiles. That’s when I said to myself, ‘We need one like that. A dance song, a two- stepping song, we’re in Tennessee.’ So one night I was sitting in my basement striking a G chord, hiding away from that aforementioned woman. The chorus came to me out of thin air.  And I left it in front. The song remained chorus first, then verse…like Willie does. I knew I wanted the verses to begin on a five chord, rhyme and hold, and be a little goofy. I was able to hash that out in one sitting.”

The video that accompanies the track—filmed and directed by Treat—is also offbeat. It begins with Treat seated at the piano and then leads into an array of guests drawn from Nashville’s singer/songwriting community Sierra Ferrell, Devon Gilfillian, Katie Pruitt, Dana Sorenson, Zack Smith, Lydia Luce, Carl Anderson and Jess Nolan, among them. He rounded up others as well. “I got old-time-music royalty Nate Leath to pretend to play some fiddle,” Treat says. “I found a mediocre horn player and a harmonica player I found busking on Broadway, and I paid them to pretend to play those parts.

As the video progresses, each of the participants are seen taking their turns at the piano while mouthing Treat’s words, pretending to play their respective instruments or simply mugging along to the music. At the same time, each is tagged as a fictitious character with a dubious claim to fame.

“It was a joy hearing everyone sing my song,” Treat says. “One by one, they each got comfortable with it and some even sang it better than me. That made me happy. It’s like seeing sunset and then sunrise immediately afterwards. It was also one of the greatest pleasures of my quarantine time, to see everyone smiling, laughing, and embracing the that’s goofiness shared the song. It was liberating for all of us.” 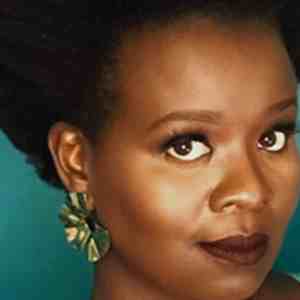 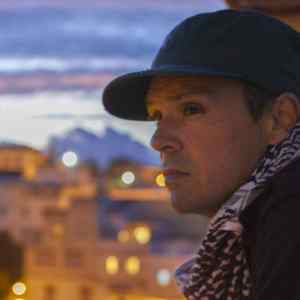