East-Los Angeles indie-rock trio Lone Kodiak was on its way to another level when a series of unfortunate events delayed their launch.

The band had, in short order, gone from formation to frontline as it ran from its 2016 inception to being an LA Bands to Watch in 2018. Comprised of Dainéal Parker, Daniel Alden, and now Joshua Harris it released two EPs, and became a feature of LA’s independent venue circuit, before a serious motorcycle accident involving Alden sidelined them for most of 2019. The obvious situation created by Covid has kept their shows at a minimum but not their production.

The latest effort, “PDX ’97”, chronicles a true story — according to Parker — of teenage runaways falling in love in Portland.

“I normally shy away from writing anything too personal or plainly autobiographical, but the vibe of this song just took me right back to those hot days and cold nights I spent wrapped around the finger of a girl, and our summer trying to find couches to crash on but often settling for cardboard,” he said. “September inevitably came and a friend’s family took me in for the school year, but the streets weren’t ready to let her go and we lost touch, but not before she left me with maybe the best thing anyone’s ever said to me: I wanna hear my favorite songs sung by you.”

The band does not follow traditional rules of an indie-rock tune with its blending of beautifully layered guitar work, introspective lyrics, and the vocal melodies. It is a love story unlike many you hear today because the words are sad but the vibe is overwhelmingly positive.

Simply put: It is melancholy wrapped in a blanket of optimism that was inspired by both young love and its subsequent heartbreak.

The production, while differing from other Lone Kodiak tracks, gives a great representation of the band.

“I kind of can’t believe we let ourselves shout “Hey!” in this one like we’re some kind of folk band, but from the onset it was clear that PDX ’97 would be a brighter, more celebratory track – the most anthemic of our anthems.” Parker said. “It felt sincere, sweet, a little nostalgic; that lead guitar line felt like something our 16-year old selves would have loved, so we leaned into that and set the lyrical story in our teenage years.

“We initially had a longer, kind of Kings of Leon-esque guitar intro, but our producer (Kyle Mangels) nixed that in favor of just getting right into it with a short and snappy drum intro: ‘It’s a party, man … get it started!'”

The advice was well given, and well received.

The near-four minute track is longer than a poppunk ballad — despite having similar vibes — but has a pacing that gives the nostalgia room to breathe. Something that would have likely been worn thin with a longer intro.

As for getting it across the finish line, well that was not as easy as it sounds on the final product.

Parker said that the release was nearly delayed until some liquid courage got it back on track — even during the pandemic.

“Kyle made it possible for me to record vocals at my home studio, and this was the first song I turned in to him, which he promptly rejected. ‘It’s not the same vibe, man. Listen to the demo again,'” Parker recalls.

“I eventually got it working when I stopped thinking so hard about it, but the first two lines (we were seventeen / summer full of runaways on Glisan street) were impossible. I just couldn’t get the rhythm right and nearly gave up. Thinking we’d have to push back the release, I gave it one last half-drunken attempt and it just snapped into place on the first take. ‘Yeah, dude. You got it.'” 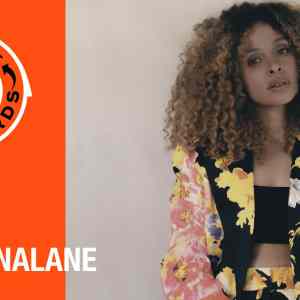 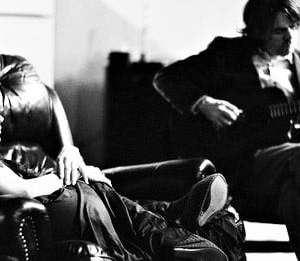