While Lydia Loveless’s name and performances have certainly made the rounds in music circles as of late (the recent release of Jack the Radio’s Creatures album sees Loveless holding a guest feature), the North Carolina transplant’s own musical pursuits have sat quietly in the wings of the music world since her 2016 album, Real. Little did Loveless know that after that record – which was a mark of noted success on many fronts – so much in the artist’s public and personal life would take a 180° spin. The resulting shifts would lead to a series of massive changes of, among other things, the logistical, emotional, and artistic nature.

Since then, now having had a good length of time to process, evaluate, and adjust the elements of her life, Loveless is reemerging from her much needed hiatus to deliver album four, titled Daughter. The record will also mark the first release off Loveless’s own label, Honey, You’re Gonna Be Late Records. Today, American Songwriter is excited to share the first single from the album,“Love is Not Enough”

A song kept to a steady jaunt of a tempo thanks to an easy-going snare groove through the downbeats of the music, Loveless’s sings her vocals with the slightest amount of a slide in her delivery – smoothly transitioning from one note to the next. (Which very nicely complements the tone of the song’s softly round electric rhythm guitar.) Her voice further blended with just a touch of twang on the end of certain words, this combination of audible traits gives the light country-roots aesthetic of “Love Is Not Enough” an early 2000s Jewel vibe from 2006’s Goodbye Alice in Wonderland. Tone-wise, the music doesn’t pour heavy on the genre-markers but they’re present enough to make an impression in an enjoyably identifiable way.

Lyrically, the message of “Love Is Not Enough” seems fitting for the creatively rejuvenated Loveless, as the song is all about putting one’s money where their mouth is with regard to the intentions behind overused sentiments of love and-or kindness.

“The song is a response to the old-fashioned idea that love is all you need, as opposed to understanding, or give and take. On a larger scale, it’s about people who say things like ‘love trumps hate’ and take zero action to make it true. It’s not enough to ‘feel’ the emotion of love to make things work, whether it’s in your own personal relationships or the way you interact with the world,” says Loveless.

Given that in the years before this album was destined to become real, Loveless went through an extraordinarily painful divorce, a physical uprooting of her life, and a creative drought, it’s understandable now that some of that chaos is behind her, that Loveless would be about making moments, words, and feelings count with subsequent action. It’s a noteworthy sign of emotional strength and a meaningful message to stand behind as a first artistic piece after a multi-year break from the scene. Beyond the art of the melodies and the art of meaningful articulation however, Loveless didn’t leave things entirely devoid of lightness and fun. The accompanying music video for the song plays around with the concept of toying with someone’s emotions (much the way one can when things are said but never followed up upon) but delivers the concept with tangible symbolism in the form of odd-headed characters who offer both literal and metaphorical strangeness if one digs down far enough to get answers (or in the case of Loveless’s character in the video, payback).

“For the video, my friend and I came up with the idea of two a**hole characters running around terrorizing someone until they snap, and ultimately find out these guys’ heads are just full of rocks and old food. Originally I don’t think I was supposed to be that person but, we have limited actors at our disposal during the pandemic and that actually ended up making it more fun. The papier-mâché elements create a sort of other worldly vibe that I think everyone is feeling right now,” says Loveless.

Shot on iPhone 11 Pro, it’s a great piece of tongue-in-cheek creativity that shows a refreshed side of Loveless and makes the anticipation for the rest of her album all the more palpable. Much like slowly resuming populous of the world, there’s an element of blunt restart at hand and the possibilities of what that will entail are vast, to say the least. 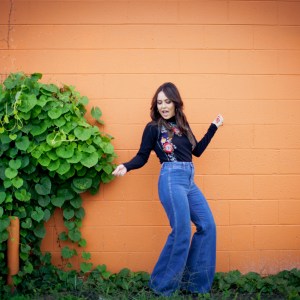 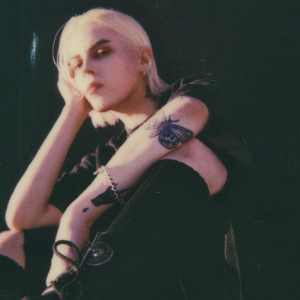