Singer-songwriter, India Ramey, has been hard at work faithfully writing and releasing country records for the past decade. She cut her teeth early on in Alabama practicing law by day and playing gigs by night, ultimately moving to Nashville to bet it all on a career in music. Following two independently released albums and her critically acclaimed 2017 national debut, Snake Handler, Ramey returns better than ever with her forthcoming record, Shallow Graves, set to release September 4th, 2020.

The record, which she can only describe as “post-apocalyptic western,” is saturated with menacing guitars, expressive lyricism, and Ramey’s timeless signature sound. American Songwriter is proud to be premiering the music video for the album’s third single, “Up to No Good,” a light-hearted respite amidst the album’s incisively daunting examination of the current state of humanity.

“I was dealing with some heavy subjects on this album, so I had to get some levity,” Ramey told American Songwriter. “‘Up to No Good’ is about forgetting about the problems of the world for a few hours.” The quirky backyard video features oversized-inflatable unicorns, synchronized swimming, and confetti, resulting in a much-needed playful distraction from reality.

“The video was shot by Stacie Huckeba in my back yard. We invited our friends from the bar and some burlesque artists out to the house, we put them in 22 baby pools and I taught them the choreography and we all drank beer and had a blast.”

Without further ado, take a listen to “Up to No Good,” the third single leading up to India Ramey’s forthcoming LP release, Shallow Graves.

If you dig what you hear, consider a pre-order. Vinyl is in limited bone color. 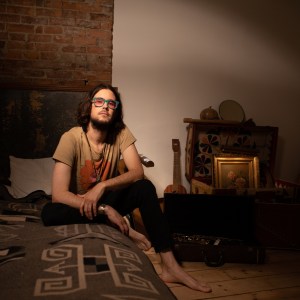 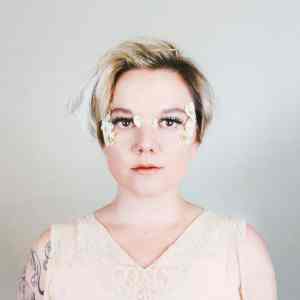