It’s no surprise that Lucy Schwartz has had so many songs in movies and TV shows — it’s in her blood. Her father David is a film composer, best known for his work on Arrested Development. Yeah, he’s the man behind “Big Yellow Joint.” Now that she’s finished her third record, Timekeeper, due August 27, she’s gotten to work on a screenplay of her own. Lucy spoke with us about elementary school, fools, and four-headed British monsters.

What did you think of this season of Arrested Development?

I thought it was brilliant. It was really intricate, and covered a lot of ground, and it was great how all the stories of the individual characters intertwined. I love how the show never ceases to surprise you. Something totally ridiculous will happen that you could’ve never predicted, like Gob and Tony Wonder going on a date. And yet, it’s believable and you’re invested in it.

Do you have a favorite character from the show?

Arrested Development creator Mitch Hurwitz said this album is your Sgt. Peppers. Do you agree?

I think Timekeeper is definitely a departure from what I’ve created in the past. Timekeeper is more of a world, more of a fantasy. It’s more eclectic, more dreamy, more experimental. It’s more true to who I am. My goal with this record was to create music that would evoke imagery: music that could take you places. When someone listens to Timekeeper I hope that they not only hear the music, but see it too!

It’s funny, it took me a long time to combine writing music and writing melodies. I like to write music and I like to write melodies, but they started out as separate things for me. In elementary school, I was taking piano lessons and began writing instrumental piano pieces. Those were very lovely. And then at the same time, I had a “band” with my friend Teagan, and we wrote a cappella songs. The kind of stuff we were writing was not grand literature. One of our songs went something like this, “There was a chunky monkey rolling down the street”. We would also sometimes prank call people and leave silly songs on their message machine.

So I guess, it was a mixture of good and bad, silly and serious, but all of the music was written for the joy of it, and that’s the most important thing really.

Like I said, I used to write musical pieces and melodies separately. It took me a long time to figure out that I could put the two together and write a song. The event that sparked the first song was my first piano recital. I was about 12. Several of the kids performed their own songs that they had written (words & music), and I listened to them, and suddenly it just clicked . . . I thought, “I want to do that!” So right after the recital, I ran to my piano and I wrote my first song. It was an old-timey jazzy kind of song. It was about a town that is washed away and destroyed by a river. Kind of a depressing song when I think about it. I don’t really know where that idea came from. The strange and mysterious thing about writing songs, at least for me, is that I often don’t know where an idea is coming from.

I’m writing a screenplay . . .it’s a movie musical! So I’ve been writing the songs for the movie. The last one I was working on was a duet between the two main characters.

I usually let the music speak first. I’ll just put my hands on the piano and see what comes out, and when I come across a few chords that feel inspiring, then I’ll start to sing melodies or random words on top of that. I’m not someone who writes about exactly what’s happening in my life. Usually it’s more the feeling of the music, that’ll express the kind of story that wants to be told.

Every now and then, a song idea will pop into my head out of nowhere—but that’s more rare. That happened to me with “Ghost In My House” . . . I was driving, and the melody appeared. Even the words of the first verse popped into my head all at once. So perhaps there is not a ghost in my house after all, there is a ghost in my car, who whispers song ideas to me.

With Timekeeper, more so than records I made previously, I was really inspired by other forms of art: photography, movies and books. A few things + people that really influenced the feeling of Timekeeper were: The photographer Tim Walker, The book Sum, and the movies Marie Antoinette & Defending Your Life.

What’s a song on your album you’re particularly proud of?

“Marie Antoinette.” I want my songs to open up a new little world and invite you in. I want the listener to feel a bit like Alice falling down the rabbit hole and into an unexpected place. To me, “Marie Antoinette” takes you somewhere else when you listen to it. It captures the feeling of a time period. It’s also very cinematic and has a lot of drama to it. I co-produced the album with d.Fly and we arranged everything on the track, including the string and horn orchestration. It was very freeing to be the co-producer on this album. I always hear production in my head as I’m writing songs, and this time, as a producer, I was finally able to bring those sounds to life.

What’s a lyric or verse from the album that you’re a fan of?

Well there’s a stranger I see with his eyes turned to me
I can’t tell if he’s fact or he’s fiction
He tells me all of these people are actors on screen
But the story has yet to be written
And we’re just on the brink of more nothing
We just feel so fine
Every day, all the time.

I’m an independent artist, and I release my records on my own label. I named my label “Fortunate Fool Records” in the hopes that I will always be a fortunate fool.

I really love to write. I don’t even mind getting stuck on a song; writers block happens to all of us. I think my one qualm is how long it takes to get the music out into the world, after you’ve written it. When you put out a record, often times, there’s a long gap between the creation of the songs and the release of the music. I feel like, when the record comes out, I’m already thinking of the next thing I want to create.

“Gone Away.” I’ve had a lot of people write to me about “Gone Away” and how it got them through a difficult period. That’s one of the most beautiful things about music; it goes out into the world and it has a life beyond you. A song can really act as a friend for someone.

Yes. I love to write stories in all different forms. I have a few different stories that I’ve been working on . . . a book of silly, satirical, fairytales, a novel about an ancient tribe of mystics, and a screenplay for a movie musical. I am really excited about the movie musical idea. I’ve been writing the screenplay & the songs, and dreaming about the day when I can bring the movie to life!

Can I create a four-headed, British, mythical creature? The four heads on the monster would be John Lennon, Paul McCartney, Chris Martin and Guy Garvey.

I don’t know if you can be technically underrated when you’re playing sold-out stadiums, but I feel like it’s not cool in some circles to say you like Coldplay. And I’m a big fan.

Oh gosh. How can I choose? There are a lot of perfect songs. But one of them is “Something”, written and performed by George Harrison when he was with The Beatles. I will always remember hearing Paul McCartney sing that live in tribute to George. 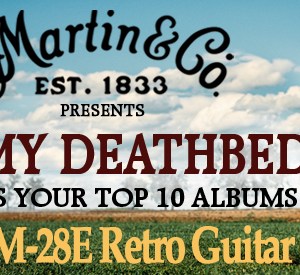 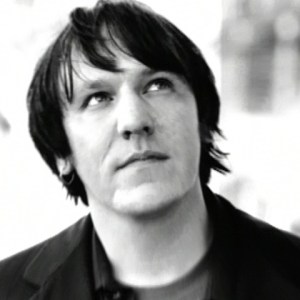