Dan Beckerman won the Grand Prize for the 2018 American Songwriter Lyric Contest for the song “Every Drink Tells A Story (For Merle)”. Below, the Pennsylvania resident recounts his experience in Nashville as part of his prize package.

Nashville, Tennessee. The home of Country Music. A city I had always dreamed of visiting.

My hoped-for opportunity arrived unexpectedly one morning in late December 2018, when I received a phone call from American Songwriter Magazine Editor-In-Chief Caine O’Rear telling me that my lyric, “Every Drink Tells a Story (For Merle),” had won the grand prize for the 2018 American Songwriter Lyric Contest. As winner of the contest, I would be flown to Nashville; have a co-writing session with Warner Nashville recording artist Charlie Worsham; a demo session at OmniSound Studios, and a two-night stay at the historic Union Station Hotel … Wow! I was flabbergasted.

I had a little over a month to let the enormity of this once-in-a-lifetime good fortune sink in. That was more than enough time for both my excitement and nervousness to grow … and grow they did. I don’t intimidate easily, but the thought of co-writing with a writer and musician of Charlie’s skill and stature was undeniably intimidating. (Spoiler Alert! Charlie was one of the most gracious, affable and least intimidating people I’ve ever met.)

I arrived in Nashville the evening of February 5, the night before my 9 A.M. co-writing session. By the time I walked in to the lobby of the Union Station Hotel, four-plus hours of flying, bad airport food, a different time zone and my growing excitement all but guaranteed I would have a sleepless night.

The following morning, as I waited in the lobby to meet Caine, it felt like my heart was going to beat right out of my chest. Man, I was nervous. I looked up from my phone just as Caine entered the hotel and I knew instantly from the happy look on his face that I was in capable hands. My worries disappeared, replaced by a welcomed calm. We walked outside where I met American Songwriter Magazine Operations Director Annelise Loughead, who greeted me with a broad smile and a friendly handshake. During the ten-minute ride from the hotel to Warner Music Group, Caine and Annelise shared some insightful and fascinating anecdotes about the Nashville music scene.

We were enthusiastically welcomed at WMG by Jamie Lynn Younger, Senior Director of Artist Development and Melissa McGreevy, Interactive Marketing Manager, and ushered upstairs. The walls of WMG were literally covered — floor to ceiling — in a grand display of gold and platinum records and colorful photographs of Warner Nashville artists: Blake Shelton; Asley Monroe; Kenny Chesney; RaeLynn; Dan + Shay, and many more. A few minutes later Charlie arrived, guitar in hand. We briefly posed for photos for both WMG and American Songwriter and were then led to a private room, where the co-write would take place.

Charlie and I immediately hit it off; it was smooth and easy right from the start. We pitched ideas back and forth and soon settled on a theme and direction for a lyric and began writing in earnest.

Charlie’s skill as a lyricist was as impressive as his guitar playing, which is considerable. Sitting in that room with Charlie, writing a song, was a Master Class in songwriting and an unforgettable learning experience that will no doubt inform and help hone my own writing skills. Honestly, I could have stayed there writing and swapping stories all day. Our three hours together seemed to fly by in a joyful and productive instant, resulting in an excellent and fun song … I couldn’t have been happier. We shared a handshake and a bear hug and said our goodbyes. I was truly sorry to leave, but it would soon be time to head over to OmniSound Studios for a demo session, and for me, a very unexpected surprise.

Nashville has hundreds of recording studios, but few have the storied past and rich history of OmniSound. The list of iconic performers and musicians that have record at OmniSound is extraordinary. Lee Unfried, Omni’s Studio Manager, greeted me and Caine and took us into Studio A, where we met Chief Engineer Rory Rositas and the assembled players. (Prior to going to Nashville, I had sent Lee a recording of a song I had written, “Ain’t Gonna Rush The Night,” just in case Charlie and I didn’t have time to complete a song. It was this song that was used for the demo.) There’s little I can add about the high-level playing and musical mastery of Nashville session musicians that hasn’t been said already …they are arguably the best players in the country! After the musicians completed the musical track we were taken next door, where the vocal would be added.

Now, here is where the” surprise” came in. I had expected there would be a vocalist for my demo. I hadn’t sung in public in literally decades. I’ve never considered myself a singer, and those who have heard me sing would more than likely agree. However, when engineer Louis Remenapp informed me that I’d be doing the vocal, my nerves kicked into overdrive. Yikes! Caine, Louis and Annelise, who had arrived separately, all made a valiant attempt to reassure me that everything would go smoothly, efficiently and professionally. I hesitantly entered the booth and put the headphones on, while Louis adjusted the mic. I stood there, rigid, and thought to myself, “I may never have this opportunity or experience again … what do I have to lose?” Louis took his seat at the board, and as the track began to sound through the headphones, I took a breath, closed my eyes and yes, I sang. And I’m so glad I did. In that moment, overcoming my fear was not only deeply satisfying but it was a genuine moment of personal growth. Annelise entered the booth in between takes and snapped pictures. I asked her how I sounded and she replied “awesome.” Until the final mix is sent to me, I’ll gleefully take her at her word.

It had been a hectic and eventful day. We said our goodbyes to OmniSound and Caine and I drove through steady rain back to the hotel. I had planned to rest for a while and then go out to experience Nashville at night. However, when tornado warnings started popping up on my phone and the downpour turned into a deluge, I thought it best to hunker down for the remainder of the evening. As I lay in bed the events of the day rolled through my mind, and I savored every last one of them. Soon, I could feel myself falling asleep, a satisfied smile happily spreading across my face.

I had decided to give myself an extra day in Nashville, and I’m glad I did. The following morning, rested and rejuvenated, I walked over to the world-famous Country Music Hall of Fame and Museum, where I was greeted by Senior Manager of Guest Relations Dee-Dee Ogrodny. The Museum is a must-see for anyone visiting Nashville. Liberally steeped in the history of roots, blues, gospel and country, the Museum is a veritable treasure-trove of musical artifacts and historical information that is guaranteed to warm the hearts of music lovers and country music fans. A visit well worth adding to every Nashville itinerary. Of course, I couldn’t leave without stopping by the gift shop and purchasing a handful of souvenirs.

I leisurely walked back to the hotel beneath a sprinkling of late afternoon rain that seemed to steadily increase. I noticed that the Frist Museum, which is located next door to the Union Station Hotel, had an exhibit of French Art from the Mellon Collection. As a former gallery owner and art lover I was interested. Plus, I thought it would make an intriguing contrast with the Country Music Hall of Fame … art and music in the same day, who could ask for more?

Ellen Pryor, Director of Communications for the Frist, met me at the entrance. As we spoke, I discovered that she and Charlie had lots of mutual friends … talk about serendipity! She even mentioned Charlie’s skill as a guitar player, with which I fully concurred. My time spent at the Frist was thoroughly enjoyable. Any day that I can stand in front of a Monet, Cezanne or Van Gogh is time well spent.

Back at the hotel I had a light meal and prepared myself for an early morning flight back home. There were tons of things in Nashville I wanted to do but my time was running short. I made myself a promise that I would return as soon as possible to truly experience and appreciate the diversity, color and musical abundance of the city. As it was, my time in Nashville was already an unforgettable experience that I will carry with me for years to come. Every single person I had the pleasure to meet was open, friendly and engaging. I truly could not have wished for a more fulfilling and gratifying experience. I hope this year’s winner is as lucky as I was.

My sincere thanks to everyone at the Union Station Hotel; Warner Music Group; OmniSound Studios; The Country Music Hall of Fame and Museum and The Frist Art Museum for welcoming me to Nashville with open arms. And the simple truth is I simply could not have navigated this trip without the kindness of Caine O’Rear, Annelise Loughead and Albie Del Favero, publisher of American Songwriter Magazine, who made it all possible. Additionally, a big thanks to all of the lyric contest judges for choosing my lyric as the winner. And last, a special thanks to Charlie Worsham for sharing his time, talent, wisdom and friendship. 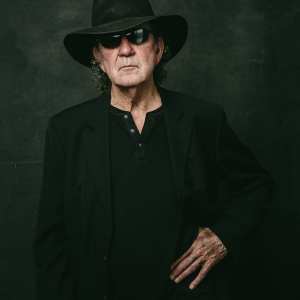 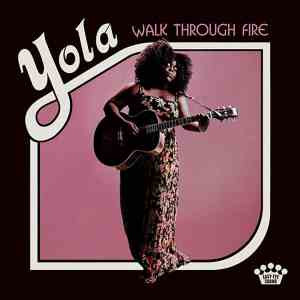