For 50 Song Memoir, The Magnetic Fields’ latest project, singer/songwriter/frontman Stephin Merritt took on the daunting task of writing and recording 50 songs, one for each year of the first half-century of his life. One might think that this project led to a certain amount of self-discovery for Merritt, but, as he told American Songwriter in a recent lengthy interview, that wasn’t the case.

“I’m sure everyone is going to ask me that,” Merritt says. “I learned absolutely nothing. I didn’t expect to learn anything. I think when people say that they have learned things they’re generally lying. I think you learn things about yourself until you’re maybe 15 years old and then you stop. If you ever want to learn more about yourself, making a 50-song musical memoir is not the way to go.”

Listeners will discover a lot, however, about both Merritt and the tumultuous 50 years in the rear-view mirror. Autobiographical details mix with documentary bulletins to form an unforgettable musical journey, at times witty and at times moving, but always unmistakably Merritt, who decided to make 50 Song Memoir at the behest of Nonesuch Records president Bob Hurwitz. That it wasn’t his original idea actually helped Merritt to initiate a project with the same kind of scope, inventiveness and daring of The Magnetic Fields’ 1999 masterwork 69 Love Songs.

Merritt originally gave himself a year to finish the project, which he started recording on his 50th birthday in February of 2015, but took a little longer than that. He also abandoned his original idea to use only period-appropriate instruments for the particular year of each song. “And I actually charted out how that would work and it just seemed like it was a bad idea,” he said. “After the sample revolution, there are really no new sounds that have been added.”

He instead chose to mimic the prevailing music of certain years, such as the disco era in “’76: Hustle 76” and the New Wave apex in “’81: How To Play The Synthesizer.” Merritt’s trademark catchy melodies are in place throughout, even as they’re often contradicted by the unsentimental tone of the lyrics. “I like dramatic irony,” he explains. “And I put it wherever I can. Because I grew up trying to emulate ABBA, who routinely had music that sounds, for lack of a better word, happy and lyrics that sound, for lack of a better word, sad.”

50 Song Memoir makes it clear how Merritt experienced somewhat of a peripatetic lifestyle as a child, as each year seemingly finds him in a brand new location. But the songwriter explained that the album doesn’t even capture the full extent of it. “My childhood was extremely episodic. We kept moving around. And we did not move around once a year; we moved around several times a year.”

The five discs take Merritt from this childhood, through his embryonic teenage bands (“We made the Shags sound like Yes,” he hilariously sings of one), to college life and then adulthood, with triumphs and heartbreaks at every step along the way until he finally reaches a kind of reconciliation with his past on the lovely penultimate track “’14: I Wish I Had Pictures.” In writing the songs, he overcame his poor memory by asking his mother and his manager to fill in gaps in his personal history.

Merritt also steps back occasionally from the autobiographical aspects to survey the landscape now and again, such as with “’69: Judy Garland,” which jams the death of the iconic singer, the Stonewall riots and Woodstock into one standout track. “I only included the ones that affected me somewhat directly,” he explained about these historical events. “I don’t talk about the Arab Spring or anything.”

Even a seeming non sequitur like the breathtakingly pretty “’01: Have You Seen It In The Snow?” carries extra weight within the context of the timeline. “Well, that’s 2001 and I was in New York for 9/11,” Merritt recalls. “I was supposed to write a song for the Kiki and Herb Christmas show. But I was having difficulties writing songs after 9/11 that were not about people falling out of buildings. So the song that I wrote for them was ‘Have You Seen It In The Snow?’, which is an aesthetic defense of New York.”

If there is a lesson to be learned from 50 Song Memoir, a notion which Merritt would likely reject, it’s that we are the sum of our experiences, both good and bad. In talking about “I Wish I Had Pictures,” he says, “I don’t dwell on it in the song, but I do kind of wish that I had pictures of some of the horrible things as well. I would also like to remember the things I would not like to remember.”

In any case, Merritt and The Magnetic Fields have produced another massive undertaking that will be difficult to forget. 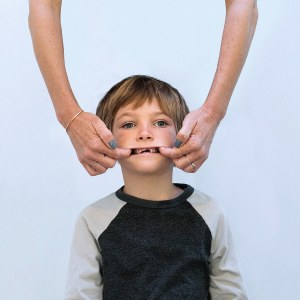 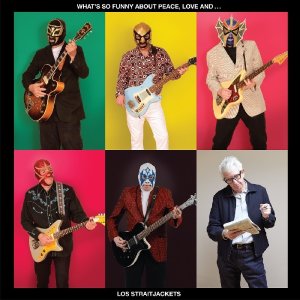