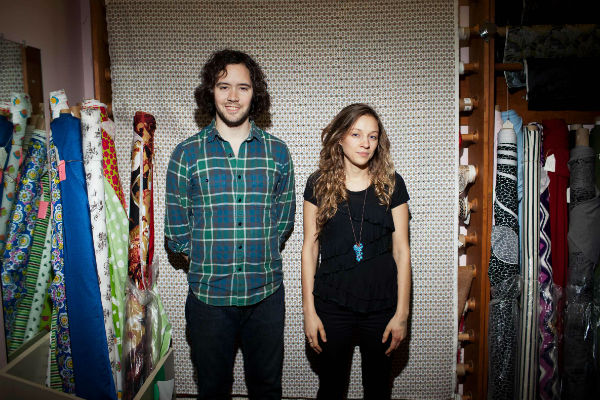 Late one night in the fall of 2011, while out with friends Andrew Marlin fell off a 10-foot spillway and broke his pelvis, landing him in the hospital. Watching the easygoing Marlin as he describes the incident gives me a cringe, one I’m certain he felt as I talk with him and Emily Frantz, the other half of folk/bluegrass duo Mandolin Orange, inside a Carrboro, North Carolina cafe during a rainy late August afternoon.

Recuperating came by way of playing music with Frantz and friend Josh Moore. It was also during this downtime he spent writing much of the material on his band Mandolin Orange’s third album, This Side Of Jordan. “I was glad I broke my pelvis and not a finger so I could still play the whole time,” Marlin muses. “But it definitely allowed me time to just sit, because I couldn’t walk, and just play and write. It could have gone so many ways and it didn’t, so it definitely gave me a new vigor for living.”

Marlin spent his childhood in the town of Warrenton, where his mother played gospel in church and the family played country in the car. He bought his first guitar at 14, listening to everything from Slayer to the flannel-clad grunge from Seattle, until the bluegrass album “Skaggs & Rice” changed his tune.

Frantz grew up in nearby Chapel Hill within a musical family, enduring a love-hate relationship with the violin. In high school, she took up bluegrass, returning to the fiddle. Marlin and Franz, both 26, met in 2009 at a local jam hosted by their friends, Chapel Hill bluegrass act Big Fat Gap.

“We ended up singing a few tunes together, and it just fit pretty easily,” Marlin recalls. “The stuff that I was doing, which was mainly playing rhythm, acoustic, and singing, Emily picked up the harmonies pretty fast and was able to play the melodies back on the fiddle, so our roles really complimented each other in a seamless way.”

Mandolin Orange’s first release, 2009’s Quiet Little Room, included tunes Marlin and Frantz wrote when they met and according to Marlin, “was definitely us trying to figure out what worked for us.” With their 2011 double album, Haste Make/Hard Hearted Stranger, the duo commanded attention as formidable folk singer-songwriters. Mandolin Orange has since grown from Marlin and Frantz performing as a duo to boasting a backing band of notable area musicians.

Their crafty songwriting and imagery takes a Biblical leap forward in 2013. On This Side Of Jordan, their Yep Roc label debut, Marlin and Frantz seize the powerful – and personal – themes of love and loss, observing faith and religion, life and death, in their strongest and most mature album to date.

“For me,” Frantz remembers, “I think some of the more overall thematic things going on in this record didn’t really become as clear to me until awhile after we had recorded it, listening to it, figuring out the order, trying to decide on the album title, so you’re asking yourself, ‘Where did this record come from? What is it about?’ and then that was kind of when it all started to make sense.”

Marlin’s mother passed away when he was 18, leaving a void he filled with heartache.  “A lot of the feelings and the emotions that I was holding for that,” Marlin says, “I feel like I was almost able to let them go, and it’s like life kind of smacked me in the face and said, ‘Hey man, you’re still alive, you’re going to have to let her go, and live in the happy memories of her instead of dwelling on the fact that you lost her.’ It got me thinking about a lot of things in a spiritual way, which is why this record seems kind of more spiritual than the other records.”

Lighter moments surface on Jordan, like the Lord of the Rings-inspired “Cavalry,” and the ambitious “Morphine Girl.” A special moment is the album’s closer, “Until The Last Light Fades,” the first folk song Marlin wrote. Rewritten with Frantz singing lead and Marlin singing the chorus, Frantz suggested the longstanding song be added to the album. “That was great, man,” Marlin smiles, another weight lifted.

The events surrounding the hometown release of This Side Of Jordan take on a homecoming feel in Carrboro. On the eve of the album release show at the venerable Cat’s Cradle, Big Fat Gap plays the pre-show festivities, Marlin joining them onstage. Frantz mingles through the crowd, her warm smile a beacon for friends, family and fans alike.

That night, after an opening by upstart folk trio South Carolina Broadcasters, before a packed house that feels like home, Mandolin Orange steps into the stage lights, another step closer to the spotlight. 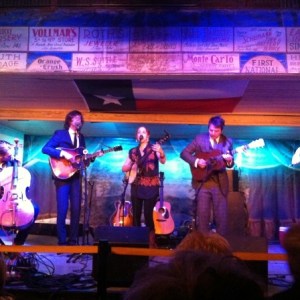 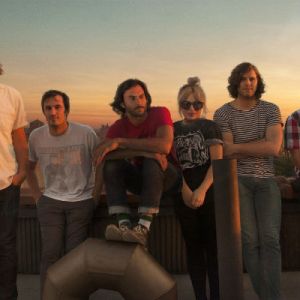