Looking to record another album after PMD (Deluxe) in 2019, Bassy got in the studio with a handful (or two) of ideas. After about a week, “Trouble” emerged as the first song for the album he titled Little Men. This first track was defined by analog synthesizers and old-school drum grooves. “‘Trouble’ was the North Star of the project overall,” Bassy tells American Songwriter.

“If I’m really being honest, my guitar player became my really good friend and a production partner, and he was the newest member inserted into my group of music collaborators. He has a very rock and roll [type of] energy. I love the way he plays guitar, the way he plays the synthesizers. His name’s Pete Jonas… Just being around him, listening to that, I kind of wanted to pull a little bit of that grittiness into our sound,” Bassy says.

“I come from a hip-hop background, so I’m always gonna have that,” he continues. “That seems to be like the prevailing form of music nowadays so it’s good that that’s in my musical DNA, but I think I try to push almost as far away from that as I can while still keeping that in my core because it’s fun… That’s where the sound came from. We [also] listened to a lot of 2010s dance-rock.”

Inspired by this new direction, another track on the album, “Bowie,” was intentionally created with vocals that “sound as ear candy-ish as possible,” Bassy states. “That’s the highlight of the album sonically—is the pre-chorus going to the chorus of ‘Bowie.'” While “Bowie” stands out as the shinest sonic gem, “Kills Me” is “probably the most honest song I ever made,” Bassy adds.

“I think the songs that really stick out to me were like when we first made ‘Trouble’ because that was the bop, the groove of the album. But then, making ‘Nothing in This World’ and ‘Kills Me’ typify the lyrical content the best,” Bassy continues. “It was just so good feeling like you’ve gotten better, and you’re improving—that’s how I felt when I made those.”

Overall, each song in the collection pushes Bassy’s boundaries, even the title is a reference to a state of mind he wants to overcome. “It’s about trying to grow up, about figuring out what that means, to be an adult version of yourself. I think all these songs represent relationships or issues that I’ve dealt with. [I was] trying to find that the big man version of myself and trying to get through the little men phase, and you know hopefully I’m closer.”

In addition to Little Men, Bassy recently wrote a track titled “Faithful” that ended up on G-Eazy’s These Things Happen Too (Deluxe). If that wasn’t enough, Bassy is starting his Nothing in This World Tour early next year. Safe to say, Marc E. Bassy has found a permanent spot on our playlists.

Listen to Little Men by Marc E. Bassy below. 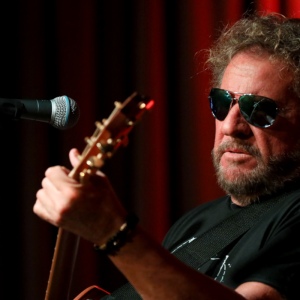