“Half you love me, half already hate me,” sings Natalie Maines, lead singer of the iconic trio formerly known as The Dixie Chicks. The lyrical reference comes from their protest song, “March March” released today in a broader political statement. It nods to a career shattering opinion Maines shared in 2003 about President Bush following the US invasion of Iraq.

If the song is not a powerful enough statement, they dropped it in tandem with the word “Dixie” from their household band name. On Thursday, their website and social handles were changed to “The Chicks,” telling the world, “We want to meet this moment.”

The female country-trio – Natalie Maines, Emily Strayer, and Martie Maguire – have garnered a reputation that splits down party lines. They left the world with a warning piece in their 2006 album. After being cast out from the country music industry, they were still “Not Ready To Make Nice.” After years of whispers and pop-up features, The Chicks shared the anthemic title-track to their long-anticipated record, Gaslighter, in March. Though the subject of their wrath was Maines’ ex-husband, the delivery was politically-charged, drawing militant comparisons, similar to “March March.”

“March, march to my own drum/ Hey, hey, I’m an army of one,” the song opens in a simple percussion backed chant. The Chicks dive right in at the height of the national tipping point, dropping “Dixie” and disassociating with the nostalgia-tinged reference of the slave-owning South. “An army of one” holds dual meaning. Compared to the conservative-leaning country music industry, these women do not shy from tip-toed around topics. In a similar vein to “Gaslighter,” the expression supports solidarity, garnering strength in numbers.

The video opens with a quote: “If your voice held no power, they wouldn’t try to silence you.” A montage of footage follows, exhibiting Americans demonstrating their first amendment rights to protest peacefully. It begins with footage from the Black Lives Matter movement and the fury following the murder of George Floyd by the Minneapolis Police Department. From Times Square to Pennsylvania Avenue, thousands of Americans of all ages and races gathered, demanding justice in the wake of unimaginable racially-charged police brutality. President Trump’s response with police and military force has been criticized as inhibiting this constitutional right.

Weeks of persistent solidarity brought the beginning signs of widespread, systematic dismantling. This began as difficult conversations with friends, family, and coworkers at home, work, and on social media about the inherent privilege that stems from centuries of inequality. One by one, Confederate Monuments have come down in the dark of night. The creative industry followed suit, adjusting their societal context as it relates to film perspectives, C-suite positioning, and now band names.

The Chicks wrote “March March” with Dan Wilson, Jack Antonoff, Ross Golan, and Ian Kirkpatrick. The video reels through various political topics, but the urgency remains. “Tell the ol’ boys in the white bread lobby, What they can and can’t do with their bodies,” they harmonize in condemnation of abortion legislation continuously led by unaffected parties.

“Standing with Emma and our sons and daughters, Watchin’ our youth have to solve our problems,” The Chicks sing in recognition of heroic figures. Clips of Emma Gonzalez, Stoneman Douglas High School shooting survivor and gun control activist, Greta Thunberg, Swedish environmental warrior, and Malala Yousafzai, the Pakistani champion for female education, rotate alongside those of citizens marching for different causes over the decades.

As the imagery dies down, Maguire erupts into a characteristically furious fiddle solo. The strings sear with a sonic familiarity of the beloved country act, as names of black Americans killed by police flash onscreen. It concludes with a call to action: “Use your voice. Use your vote.” — along with links to multiple social justice organizations and nonprofits.

Watch the video below for “March March,” a protest song that further suggests we have not heard the end of it from The Chicks. Pre-order Gaslighter ahead of the July 17 release date. 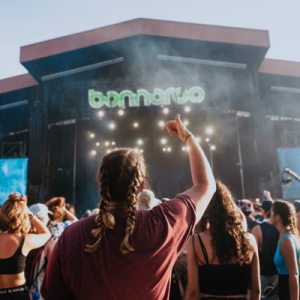