Marilyn Manson has filed a defamation lawsuit in a Los Angeles Superior Court against ex-fiancée Evan Rachel Wood over her allegations of sexual abuse that allegedly occurred during the course of the relationship from 2007 to 2010.

In February of 2021, the Westworld actress, who dated Manson when she was 18 and he was 36, revealed in an Instagram post that Warner was her “abuser.” She went on to say that Warner “groomed” her as a teen and “horrifically abused” her during their time together. “I am here to expose this dangerous man and call out the many industries that have enabled him before he ruins any more lives,” said Wood. “I stand with the many victims who will no longer be silent.”

The suit also accused Wood and Gore of hacking into Warner’s computer and social media accounts where they “created a fictitious email account to manufacture purported evidence that Warner was emailing illicit pornography.”

His complaint went on to say that Wood and Gore impersonated an agent of the FBI by forging and distributing a letter saying Warner’s alleged “victims” and their families were in danger and that the pair provided checklists and scripts to prospective accusers with specific alleged acts of abuse they could claim against Warner, along with other false claims including his filming of a “sexual assault of a minor.”

Warner has requested a jury trial and is also alleging intentional infliction of emotional distress, violation of the Comprehensive Computer Data and Access Fraud Act, and impersonation over the internet. His complaint comes two weeks before the release of the Amy Berg-directed two-part documentary about Wood’s allegations, Phoenix Rising, which is set to premiere on HBO.

In the film, Wood claims that Manson raped her on the set of the music video for his 2007 single “Heart-Shaped Glasses,” during a simulated sex scene when she says Warner “started penetrating me for real,” once filming began. “I had never agreed to that,” said Wood.

In an Instagram post on March 2, Warner said, “There will come a time when I can share more about the events of the past year. Until then, I’m going to let the facts speak for themselves.”

Soon after the allegations in 2021, Warner, who recently appeared as a songwriter on Kanye’s West’s Donda album, was dropped by his label Loma Vista, along with his management CAA and a role on the Starz series American Gods. He is reportedly in the studio working with Kanye West on West’s forthcoming album, Donda 2. 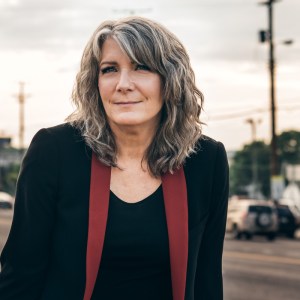