When Marlana Sheetz found herself in the parking lot of a Los Angeles hospital, contemplating whether she should admit herself to its psych ward or not, she had a moment of levity. She realized the whole scenario would make for a hell of a song. Her mental breakdown led her to write an album, her solo debut. Relocating to her parents’ house in the Sierra Nevada Mountains, within a few weeks, Marlana penned her EP At Least I Tried, out June.

Marlana found herself in that moment, parked outside the hospital, after chain of events leading to her eventual breakdown. She was struggling with anxiety from touring with her longtime band Milo Greene and dealing with a love-hate relationship with a longtime friend. The biggest blow came when Marlana lost her brother and sister, who both passed away at the age of 33.

At Least I Tried explores the mind’s capacity to cope and release trauma and other destructive events from the darkness, like pretending to be alright when you’re really not.

“After the death of my brother and sister, I changed,” says Marlana. “Those around me did too. People claim to like vulnerability, but in my experience, it just makes people uncomfortable, so I pretend that I’m fine even though I’m thinking about death 99-percent of the time.”

On “Midnight Special,” there’s some respite from the melancholy and a concentration on pure, primal needs. Featuring Avid Dancer’s Jacob Dillian Summers, “Midnight Special” is a sensual, R & B-charged release from the heavier stuff going on in Marlana’s world.

“Jacob sent me this sexy and lounge-y groove with the subject line that said ‘write to this,’” says Marlana. “Within minutes, I had written a story about satisfying the need for the sexual company of someone without the attachment. It’s a fun play on ‘Saturday night special’ which is an inexpensive gun that can be purchased, used on a “Saturday Night”—the common night for trouble—then thrown away.”

Now solo, Marlana has found her release on At Least I Tried. “The best part of working solo is making all the decisions,” Marlana tells American Songwriter. “I get to be the director, the producer, the editor, the art department and the production company. Every song is the directors cut.”

It’s a nice change of pace having the freedom to take risks and make decisions without worrying about potential conflict that collaboration can often bring, she says, whether it’s bandmates or outside team members. “Too many cooks in the kitchen can really stress the process and make shit soup,” says Marlana. “On the flip side, releasing music under my name means I won’t be sharing the ups and downs. In a band, there is always some comfort knowing that if you miss a note, there are four other people standing right there to help you recover from it—literally and metaphorically.”

Marlana says she wants this album to set the foundation for everything else she releases, and was cognizant of not sticking to one genre in particular. “It was important for me to put out a collection of songs that vary in production and overall vibe but work together as one piece,” she says. “If I make genre [or] style changes moving forward, it shouldn’t be that surprising for the listener. Some of these songs I’ve had for years, some of them I wrote during a really difficult time, and lyrically that comes through, while others are just a great vibe.”

Ultimately, At Least I Tried represents the different creative pieces of an artist.

“I wasn’t trying to emulate anything other than that high you get when you’ve written something you think it’s great,” says Marlana. “I’m always striving for that feeling, that flow state, that sense of accomplishment, purpose and confidence. It’s so rare when it happens, but when it does, it’s incredible. 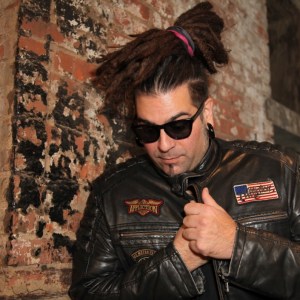 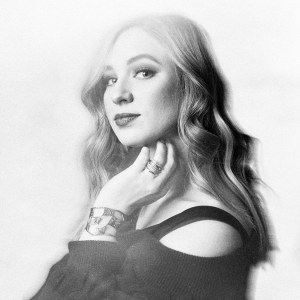