It was one of those full circle moments for Martina McBride.

Sitting in the hospital alongside her ailing mother back in January as she was getting prepped for emergency heart surgery, a doctor walked in to discuss the certain risks and the terrifying details and the somewhat shocking realities of what just might lie ahead. And then, the doctor told McBride that her mom desperately needed blood.

“And that’s when it hit me,” says McBride during a recent interview with American Songwriter. “I’d heard about giving blood my whole life. And now, we were here. We were in this moment. My mom was going to receive blood because someone out there took the time out of their day to donate blood.”

And while McBride would unfortunately lose her mom shortly afterwards, the ideals and philosophies about hard work and giving back that Jeanne Schiff ultimately left behind to her family is what is driving McBride right now as she continues to wade through the unrelenting waves of 2020.

“At a time when we all feel stuck, this is a way to make a positive difference,” says McBride, who is currently partnering with the American Red Cross to urge blood donations nationwide through the newly-announced “Comfort & Joy” campaign, which is set to run through December 15. “It’s a very quick and easy way for you to give back to your community. There is so many needs for blood right now, whether it’s a child with cancer or an accident victim or a difficult childbirth.”

And then, there is the pandemic, which unfortunately are keeping some people from going out and donating blood like they usually would. Add that to the fact that the Red Cross is becoming increasingly concerned about the nation’s blood supply, and it’s almost overwhelming…even for McBride.

“You know, you have days when everything feels fine and then you have a blue or blah day where you literally have to take care of each other,” she says quietly. “I miss touring so much. That has been a huge change in my life.”

But, in classic Martina McBride fashion, she remains dead set on looking for the positives. From raising a huge garden this summer to spending more time with her family, McBride is putting one step in front of the other in an effort to get through this.

And, she is writing.

“I’ve been journaling, and the two words that I keep on writing down is ‘unprecedented’ and ‘uncertain,’” says McBride, who throughout her career has snagged songwriting credits on songs such as 2006’s “Anyway” and 2011’s “Teenage Daughters.” “I mean, everything is uncertain. And as human beings, we don’t deal with that very well. It’s been a big fat lesson to, I think all of us, that we are not 100 percent in control. We have to deal with being alone and not having our go to, whether that’s your social life or career or whatever takes up that space.”

Granted, the career that still lies ahead for McBride has been on her mind as of late. The multiple Grammy nominee who has sold over 18 million albums to date, including 20 Top 10 singles and six #1 hits, is determined to get back on the road in 2021. She’s also been contemplating working on a new album, whether that’s a country album or perhaps the gospel album she says she has always wanted to do.

She’s also been thinking about songwriting.

“I probably should just dive in, but I’ve been waiting during this time, waiting for inspiration for it to feel right to step back in,” she says quietly. “I find myself, late at night, putting ideas on my phone, but it just isn’t a full song yet.”

But until then, she will give back.

“I want to leave the world a better place, especially during this time,” she concludes. “I feel like there is a need for a common ground among all of us. And I think giving is the common ground that we can all still find.”

Martina. In your kitchen.
Buy from Amazon 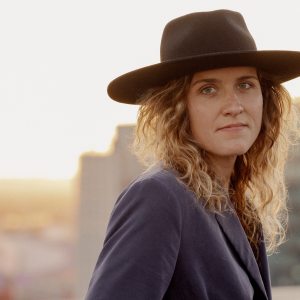 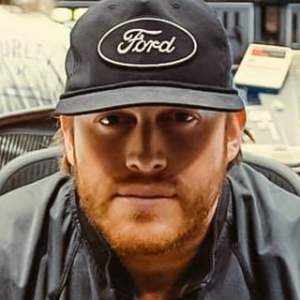