Songwriter and performer Mason Jennings lives right by a lake in Minnesota. In his home, there are large glass windows to look out onto the water. It’s from this vantage point that Jennings wrote many of the songs for his new forthcoming LP, Real Heart, which is set to drop on Friday (February 4). He wrote these songs on his acoustic guitar, singing with the instrument on the demos. Over the past four years, Jennings has done this, amassing a nice collection. To get another artist’s perspective, Jennings sent the batch to his friend and bandmate (Painted Shield), Stone Gossard, of Pearl Jam. At first, Jennings thought he’d drop the guitar and add new instrumentation. But Gossard recognized the central quality the six-string had. It was important for the tender, open-hearted LP. And so Jennings kept it prominent.

“It’s a love letter to the acoustic guitar,” says Jennings to American Songwriter. “That was cool for me. All the songs were made in my house in a comfortable setting. It was reflective looking out on the lake.”

Gossard, who lives in Seattle, added some strings, horns, percussion. But kept the guitar as the record’s centerpiece. It was an important choice for an album that wears every emotion it can on its sleeve (think: George Harrison meets Jack Johnson). To wit, the record is so forthright, Jennings even lets listeners into his dreams. On the track “The Demon,” Jennings recounts meeting just that in a dream. The demon beckoned him as Jennings stood on the corner. The demon had horsehair fingers and peppercorn eyes. But Jennings was standing by a mailbox with 1,000 blank pages. Jennings sings It’s been ages since I said the word no and told that demon to go.

“‘The Demon,’” Jennings says, “that was a fun one for me. I was in dream therapy and I was talking about this crazy dream. [In the dream], I was like, ‘Fuck, what does he want from me?’”

Jennings’ therapist shed some light on the experience, telling the songwriter that it was some old entity trying to call him back to old behaviors. But in the dream, Jennings had blank pages, the ability to write a new story. It makes sense, this dream. Jennings has been grappling with a number of personal and existential quandaries over the past handful of years, including severe anxiety, agoraphobia, issues with sobriety, and more. He also got divorced and later found a new romantic partner and got married.

“I’m really glad I got into a better spot before the pandemic hit,” Jennings says.

He entered into therapy and looked at childhood traumas, the effects of which have been haunting him into his adulthood. Dealing with agoraphobia—the fear of places—Jennings found ways to help himself. It helped him be more comfortable on stage. Prior, he’d worried about feeling trapped on stage. He had similar feelings on airplanes or in traffic. All three, of course, are closely related to a touring musician’s life. He dug into his fears and their causes and now, he says, it feels like he has something of a new life.

“I recently did a string of shows,” Jennings says. “There wasn’t a single moment of panic flash.”

Growing up, Jennings, who was born in Hawaii, would make up songs in his head and sing them into little recording devices. This started around middle school. As a young adult, Jennings moved around frequently, making stops in places like Pittsburgh and later Minneapolis. At first, he thought he would be a drummer. At around 12 years old, he got his first kit. Then he began to gravitate towards guitar and writing lyrics. He’d sneak into his older brother’s room to strum his guitar. And over the years, he just wrote and recorded a ton. Jennings would make a new song every day or two.

He learned to play all the instruments necessary for rock tunes: drums, bass, guitar, piano. He got better at singing, dove into many styles. It was five-to-seven years of this before he began to make real headway. And when he did, it was thrilling. In his 20s, Jennings performed around coffee houses, earning a draw of 30-50 people regularly. Then, with a number of songs in the bag, he worked on his first cohesive album. In his mid-twenties, he began selling out shows on either coast. He began working with Modest Mouse’s Isaac Brock. Later, in 2008, he signed to Jack Johnson’s label.

“I’ve been looking back, newspaper clippings,” Jennings says. “I found my first review. They compared me to Lou Reed and Paul Simon and Adam Sandler.”

The positive attention was encouraging. Jennings had made a name and a career for himself. Later, he met Gossard through his manager, and in 2014 the two began working on Painted Shield together. The idea started first with just a 7” but that turned into a bigger project a few years later. They’ve brought in other members, including keys player and singer Brittany Davis and former Pearl Jam drummer Matt Chamberlain. The band dropped its first record last year, has another one out this year, and is already working on their third LP.

“I’ve been having fun doing that,” Jennings says. “It’s a different kind of songwriting. I’m mostly the singer and write melodies and lyrics.”

While Painted Shield feels more “bombastic,” Jennings’ new solo LP is tender. It’s the music of a friend relating to you something eye-to-eye (or ear-to-ear), as on the music-box-like track, “Tomorrow,” and hopeful song, “Second Life.” That’s just how Jennings wanted it. It’s just how he felt sitting in his home, looking at the water lap ashore.

“When music is really feeling connected,” Jennings says, “I almost see a line far, far into the future and far, far into the past. [It’s like] I can feel present in the moment, but I can see way back in time and way forward in time. It feels centering. I feel like I’m somewhere when I’m listening to it—instead of nowhere.” 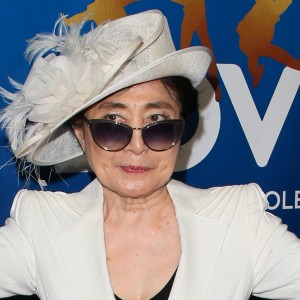 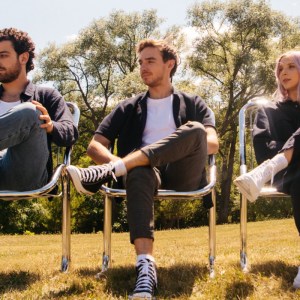