Mat Kearney (“Hey Mama”, “Closer To Love”) visits Surviving the Music Industry podcast to talk about his newest album, January Flower, released on May 21. Kearney shares the origins of the deep cuts on the record with podcast host Brandon Harrington. Kearney also talks about some of his early album cycles and writing patterns, the beauty of regret and redemption, the anxieties of invasive plants, and the pressures of an artist’s life.

There is a saying for songwriters and musicians alike, that they aspire to have their “finger on the pulse.” Meaning they know what is popular or have the ability to create songs that are on trend. Better yet, they know how to write a hit song is probably another way to say it. Kearney has had his hands on hit songs like, “Hey Mama,” “Closer To Love,” “Nothing Left To Lose” and “Breathe In Breathe Out,” just to name a few. Kearney, fully aware of the “pulse,” says that it’s a challenge but really comes from an authentic place. “I love challenging the [singer/songwriter] identity. I always love being on the cutting edge from my own heart because it’s inspiring.” Kearney also talks with Harrington about the album cycles and hit songs of his career as well as his process at the time, including the songs and deep cuts from his latest release January Flower.

It’s apparent through the course of conversation that Kearney loves a challenge, but he also loves the unassuming nuances of everyday life that are comical. They guys cover the anxieties of invasive plants, the fundamentals of towns on state lines and dad life. But they also cover some introspective topics like the realities of pressure from success, identity, and spiritualness in pop music. Even the grey areas of wanting to pander your music to a general audience to fulfilling your creative desires are tackled.

January Flower seems to be something on-trend in so many ways with the conversation, but the idea of introspective delivery is something that can’t be missed. One of the first releases from the album, “Pontiac,” serves as a nostalgic look at things that aren’t around anymore. Other songs like “Boulder” or “Blame” hint at nostalgia but with a hint of regret and redemption that stays on par with Kearney’s artistic vision. With an album so personal and in a reflective year that we’ve all had, Kearney does wonder if this is the right time for an introspective album like January Flower. But from this writer’s perspective, we’ve been waiting for an album that can describe the emotions of this past year. Mat Kearney’s January Flower is that album.

In this episode, the guys cover all these topics and more, including how Kearney wrote some of the songs from his new album January Flower.

The latest release can be streamed and downloaded on all platforms on May 21, but Kearney plays a piece of a deep cut in the episode. For Surviving the Music Industry with Brandon Harrington, you can visit www.smipodcast.com for additional links and content. You can also listen, follow, and subscribe to the podcast here. 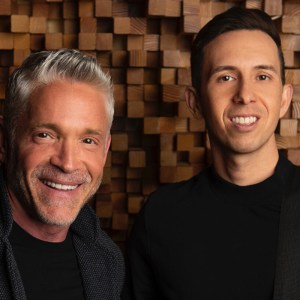 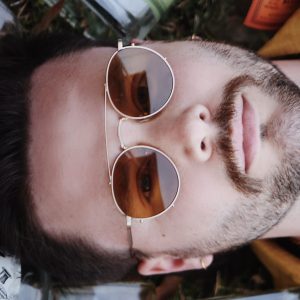