Catherine Popper has been a highly in-demand bassist for twenty years now, performing with Jack White, Willie Nelson, Ryan Adams, Levon Helm, Jesse Malin, and many others. She’s also a member of the alternative country band Puss n Boots, along with Norah Jones and Sasha Dobson. By the start of the pandemic, though, Popper needed a break. “I was a bit burned out when we went into lockdown,” she says, calling from her New York City home. “I didn’t touch any musical instruments for months. I felt guilty. But my head gets fed in other ways, and then I come to an instrument when I’m ready.”

Popper eventually did feel drawn back to music – “And then when I finally picked up an instrument, this is what happened,” she says, referring to “Maybe It’s All Right,” the wistful, uplifting single she’s releasing on November 18. The song, and its video, are exclusively premiering here at American Songwriter.

“I knew it was good, and I was proud of it,” Popper says, “but this was just meant to be a fun demo for me to have. I didn’t plan on doing anything with it. It’s funny, I don’t think I considered it a song. It was [like] one of those weird meals that you assemble from what’s in the fridge and you don’t really think of it as dinner, where it’s spaghetti with cold beans and an apple. That’s what it felt like, more than a song.”

Popper’s attitude toward “Maybe It’s All Right” changed when she showed it to Jesse Malin. She has played on three of his albums (with a fourth one set for release next year) and has toured with him numerous times, so she knew he would be honest with her about the song’s quality. He thought it was so good that he offered to release it on Velvet Elk Records, the record label he co-owns with singer-songwriter Don DiLego.

Because Popper hadn’t realized the song would ever actually be released, she had recorded it in a very rudimentary fashion in her home. “I did it on GarageBand,” she says with a laugh, adding, “Everything is wrong – the mic that I used as a vocal mic, I’m not even sure what it’s for. Definitely not a vocal mic. And then the drum track is named Kyle in GarageBand.” Other aspects of the off-the-cuff process surprised her: “The bass sounds great. I was like, ‘How did I make the bass sound so good?’”

In the end, Popper captured the type of scruffy-cool lo-fi vibe that many artists actually try to create on purpose. She is pleased with the result: “I feel like music, the more tactile it is, the more I’m interested.” Like, she says, “If it’s kind of hissy and messy and you’re hearing things fall over. My boyfriend was having a very enthusiastic conversation with somebody so when you isolate the vocal track you can hear [that].”

Popper is more exacting when it comes to lyrics, though. “I don’t like filler lyrics,” she says. “They all need to really mean something.” Wishing to maintain her privacy but also wanting to let listeners in on her thoughts, Popper says she approached the lyrics for “Maybe It’s All Right” very carefully. “I thought, ‘I want to write about what’s going on with me without really saying what’s going on. How can I couch it in metaphor?’”

“Maybe It’s All Right” ended up being about “feeling two totally different things at the same time – this is what it’s like to be human,” Popper says. “I get to be complicated and full of paradox.”

This idea of exploring complex layers also inspired the song’s video, which shows old photos of various New York City buildings, then the images morphing into views of the same locations today. “I came up for this idea for a video which combines some emotional and spiritual processes I was going through with history because I’m a history nerd,” Popper says, “Vivian [Wang, director], who is such a genius photographer, I enlisted her to film. We had a great time.” In keeping with Popper’s love for history, a portion of the proceeds from Popper’s merchandise (at https://catpopper.com) will be donated to the Tenement Museum (www.tenement.org) in New York City.

New York has been Popper’s home for thirty years, but she grew up in Charlotte, North Carolina. At a very early age, she showed enough interest in music that her parents sent her to piano lessons. “That was terrible,” she says. “I hated that. She tried playing the violin next, but didn’t like that any better. Things got on the right path for her when she was ten years old, when she was inspired to begin playing the upright bass after seeing someone playing it (she can’t recall exactly who it was, but thinks it might’ve been Sting).

For high school, Popper attended the North Carolina School of the Arts, where she undertook a course of study geared toward training musicians to join orchestras. This didn’t seem like the right fit for her, though, and she decided to shift her attention away from music.

“I was like, ‘Fuck this, I’m going to be an archaeologist,’” Popper says, “and I went to UNC Chapel Hill and they said, ‘We’ll give you a scholarship only if you play in orchestras. It was like the scene in The Godfather: they keep pulling me back in! So I started playing in the jazz band and I was like, ‘This is better.’ I realized, ‘I can do this.’ So I came to New York City.”

Popper studied jazz bass at the prestigious Manhattan School of Music – and she furthered her education even more as she ventured out into New York’s music scene, absorbing everything she could. She recalls participating in everything from Irish music jams and jazz sessions in Harlem to punk and bluegrass shows. This reinforced her decision to play bass. “I picked such a great instrument because all of these genres use bass players. You can’t say that for saxophone, or electric guitar. Everybody needs a bass player,” she says.

All this time, Popper was exclusively playing the upright bass, even though it was arduous to lug it (and an amp) on the subway. “I didn’t start playing electric bass until I was probably close to thirty [years old],” she says. “Upright bass, it might not look like it, but it’s such an ergonomic, holistic instrument and use your body weight. It feels good.”

But electric bass, while not as comfortable for Popper, eventually drew her in. “I think I just got curious enough and sat down with it. And now it’s hard for me to play the upright in situations where I know electric would be more appropriate,” she says. “I’ll tell people, ‘I know upright bass sounds like it would be a good idea but it’s going to sound terrible.’ It does sound really good through an amp at lower volumes. But onstage, there’s feedback, you can’t hear it, there’s nowhere to lay it down and people are tripping over it.”

After establishing herself as a bass player in the New York scene, Popper got her big break when The Smashing Pumpkins guitarist James Iha recommended her to Ryan Adams, who hired her for a tour. She went on to play on three of his albums. That, in turn, led to performing and recording work with a wide array of noted rock and country artists.

Beyond her work in the popular music world, Popper has also performed with a string quartet at Carnegie Hall and in orchestras for Broadway shows – and she’s also played weddings as part of a klezmer band. All of these jobs, ranging from glamorous to lower profile, are important to her. “This is what working musicians in New York look like, for the most part,” she says. “It’s the same amount of work with the same commitment.”

Although she’s certainly been successful, Popper hesitates to give advice to anyone wishing to pursue the type of career she’s had. “People ask me, ‘What would you say to young musicians?’ It’s like, ‘Brush your teeth. Don’t try heroin.’” She laughs and adds, “I don’t really know, because I think it took me by surprise as much as anybody that I built such a fantastic career.”

After some thought, Popper actually does offer some advice for anyone who wants to get hired consistently in the music business. “There’s a lot of great players out there. But who’s going to be on time? Who’s going to bring good vibes? Who do you want to have on the [tour] bus, [where] everybody is going to drive you crazy at some point – if there’s somebody who’s a nightmare, then I might get the gig over that guy. But I do feel it’s a lot of luck, and a lot of showing up.”

Popper says she has learned a lot from working with so many accomplished artists. “People’s processes fascinate me. I do find that almost everybody I work with, they have either a committed writing regimen or they’re just always writing. I think that in The Artist’s Way, they say, ‘You take care of the quantity and let the universe take care of the quality.’ I love that idea. Don’t stop producing and don’t worry about it. But it’s harder for me to do that. So I think other people’s process doesn’t inform my process. I had to come to embrace the fact that I’m just a really slow writer. It took me a long time to realize, there’s nothing wrong with that.” If “Maybe It’s All Right” is any indication, though, then Popper’s work is certainly worth the wait. 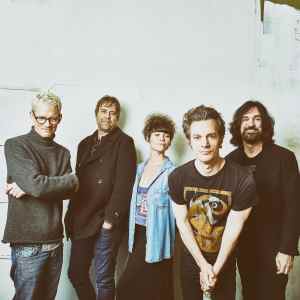 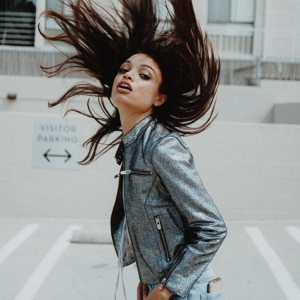