Supergroup Sons of Silver wasted no time forging material for their summer EP release Doomsday Noises. Featuring members from Pearl Jam, Candlebox and Skillet, the group is continuing down the rock and roll road where they all got their start, armed with a Twilight Zone inspired video for “Deep Division.”

A lead song from Doomsday Noises EP, “Deep Division” was the first song frontman Peter Argyropoulos with Dave Krusen, Adam Kury, Kevin Haaland and Brina Kabler wrote together after a transformative name change. Initially performing under the name Pete RG, with material written by Argyropoulos, the band quickly realized the chemistry and group dynamic that bubbled from years of familiarity within the rock scene. And it demanded a collaborative songwriting approach, starting at ground zero with “Deep Division.”

“It was us going into the studio with little to nothing as far as song ideas,” Argyropoulos told American Songwriter about ‘Deep Division’. “We were jamming and I started noodling on the intro riff. Within a moment Dave was playing his groove behind me. Adam and Kevin jumped in and we had this good groove going and the foundation of the song. I started scatting on top. We carried the song for five minutes. I called out a few chord changes and we fell into what became chorus.”

After two years of touring together as Pete RG, the group was eager and naturally developed a new sound.  The style created between the five was a certain departure from anything Pete RG was doing in the Americana, indie-rock spectrum. But with a massive collective background in grunge and hard rock, what you see is what you get. And that wisdom from early days has well-equipped the group to excel in the recording booth.

“We’ve all spent lot of time with different bands in the studio, so we all know how quickly things can descend,” Argyropoulos said. “So, it’s nice to have that wisdom in your pocket at the same time were all easy-going people. One of the key things for us is to have fun in the studio. We keep the lines of communication open so we can share our crazy ideas or thoughts. Because we’re there a lot in between recording. And as friends were always talking politics, sports and family. And we are always respectful of different opinions because within the differences we flourish. If someone has an idea, we just do it, we don’t talk about it. And if it’s a good one, great- if not, don’t hold it against them.”

With a wealth of songwriting ideas comes a healthy input from all corners on the band’s visual aesthetic for the video for “Deep Division.”  Aware of the limitations from COVID-19 on filming in public, the band quickly found inspiration in the previous lyric video along with ideas for graphics and transforming elements that resembled the dizzying intro for the The Twilight Zone. With only these mere ideas in hand, the group let director and creator Ryan Calavano, who has crafted each of the band’s lyric videos this year, take the lead.

“Ryan’s a great editor and had a green screen and black screen setup at his home,” Argyropoulos explained about the making of the video. “The convenience of shooting on a private set was a big win considering all the obstacles associated with shooting during COVID-19.”

“All we needed was a good idea,” he continued. “We felt that the spirit of the time called for something uncertain, something floating in space a bit.  The mood of the Twilight Zone intro sequence came to mind as a reference point.  We talked darkness, shadows, a limited color spectrum, some black and white footage as well as some footage carefully alluding to current events.  These were themes we knew we wanted to incorporate.  We also know that we didn’t want a traditional performance video.  Yet, we needed to feature ourselves playing our instruments, somewhat, because although we have all had careers in music, together we’re still a new band.”

Calavano’s home provided a safe space away from the public so each member could perform, and they could get the needed live shots that Calavano then pieced together alongside the black and white, spiraling graphics that make up the video.

The uncertainty portrayed from the graphics proved to be the perfect element to outline the newness of the band and their fluid creative nature together.  And it set off what seems to be a groundbreaking moment for the group as they rally together to create what Argyropoulos says is enough new material for nearly two more EP’s in addition to their solidified livestreaming.

“We have two more EP’s ready to go soon,” he said. “So, we expect maybe another in spring. And while we’re doing this we’re going to continue to livestream and keep writing, with our fingers crossed that we can get back on the road.” 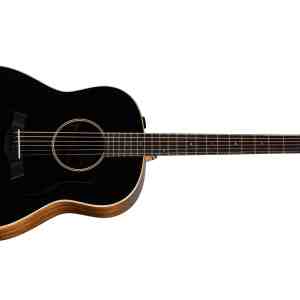 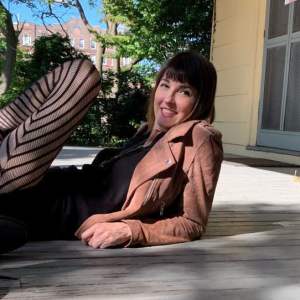