As far as Allison Mahal is concerned, 2020 can’t be over soon enough, but not for reasons you might think.

Raised just outside of Chicago but truly taking shape in Nashville, Mahal’s music is akin to her self-professed influences of HAIM, Maggie Rogers, Phoebe Bridgers,andBrandi Carlile. Riding along a uniquely ethereal voice that showcases both delicacy and strength, her newest single “Mustangs” is that story we’ve all lived but rarely discuss.

“This song mirrors that post-break up feeling when all you want is closure, but you’re left wondering what went wrong,” explains Mahal. “The first month of a breakup is such a weird time. It’s those mundane parts of your day that you get most curious and sad. I had all of these questions, and I was feeling desperate for answers.

“I wrote “Mustangs” as a stream of consciousness. Each line is reflective of the jumble of emotions that invaded my headspace. Some bitter, some hopeful. In a way, this song feels like one big exhale. Writing “Mustangs” helped me process when I felt like recoiling back to bed.”

While the song is just now beginning to stretch its legs, it is largely responsible for what became Me Now. Not only was “Mustangs” the initial piece of work that brought Mahal together with her producer Sam Roller and studio engineer Hayden Tumlin, in many ways it turned out to be a cornerstone for the overall project.

“Sam and I made a demo of “Mustangs” in May 2019. This was the first time we worked together, not knowing at the time that this demo would be the start of the Me Now EP. Sam and I then brought the song to my dear friend Hayden, who recorded “Mustangs” at Ocean Way Recording Studios in Nashville for her school honors artist studio project.

“Hayden and I met in our Audio Engineering class at Belmont a few years ago and quickly became inseparable. We’ve spent many nights eating takeout in cold studios talking about life and sorting through feelings together. I’m forever grateful for her constant encouragement to make music that means something and is honest.”

Co-producing the EP along with Roller and Van Isaacson at Roller’s home studio in East Nashville, Mahal found magic in their studio trio. As any recording artist will tell you, the studio process can be a tricky thing. Talent will take you far and the song will always lead the way, but it’s often the intangibles that really make the difference. Having the right people around you can often be the difference between being good and being great.

“Sam Roller, Van Isaacson, and I produced and recorded the EP over the course of a year, beginning in the fall of 2019, in Sam’s home studio in East Nashville. “Mustangs” is the only song off the EP that was recorded at Ocean Way. Collaborating with Sam and Van is pure fun, and it’s an energy that I want to continue to emulate in future projects. As a team, we’ve created an environment where no idea is dumb and creativity is fluid.”

Fluidity is exactly where Mahal likes to reside, especially when she’s writing. While she’s fully capable of crafting within constraints if she’s forced to, Mahal admits to doing her best work when she’s allowed to just let her emotions take her wherever the song needs to go.

“I’m not overthinking or on a mission to write my best song. I write my best when the lyrics aren’t contrived, and I allow myself to sit with all of my emotions. I try to write as honestly as I can, and let those lyrics be the foundation of the song. I’ll then go back and edit lyrics or rearrange the form, but I find it best to write as a stream of consciousness, letting all the messy and uncomfortable truths come to the surface first.”

Messy and uncomfortable yet entirely relatable is exactly what Me Now is packaged together. Stories of flirtation, regret, neglect, and the magic of feeding the inner goddess growing older, Mahal welcomes you give “Mustangs” a test drive and allow yourself the chance to feel it.

“Mustangs” feels like a song you should listen to in your car, roll the windows down, and have a good cry. I like that. Everyone deserves a good cry.” 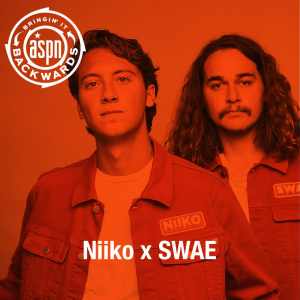 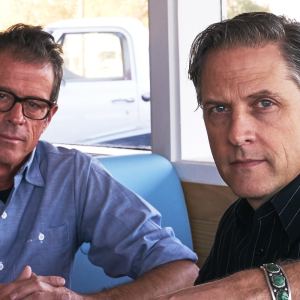