I’m saying all the things that I know you’ll like / Making good conversation / I gotta handle you just right sings Olivia Newton-John on her 1981 hit “Physical.” Though the music video for the song was visualized by a gym full of men (and Newton-John) working out, the meaning of the song was never about “that kind of” workout.

Dressed in an electric blue, white, and pink leotard get-up, the video, directed by Brian Grant, finds Newton-John working out, and lusting after, a gym full of men with the visuals see-sawing between the cute and comical scenes to sexier ones complementing the lyrics.

Written by Steve Kipner and Terry Shaddick, “Physical” was initially written with a male singer in mind and was first offered to Rod Stewart and then to Tina Turner before Newton-John got the track.

Though there was more of a double entendre in the video for the track, there was no question what the lyrics were talking about: sex.

The risqué lyrics talk about watching a “suggestive movie” and talking less, ‘less its horizontally.

The title track off Newton-John’s 11th album, “Physical” reached No. 1 on the charts, topping the Billboard Hot 100 for 10 weeks, and the pop anthem was a breakout song for the Australian artist, who died on August 8, 2022, at the age of 73, following a 30-year battle with breast cancer.

“They call it reinventing yourself,” said Newton-John in a 2021 interview. “I wasn’t doing it on purpose. It just was the song that I was attracted to and the album. But I feel very fortunate that I had the opportunity to record it.”

Banned in Many States

Though it was a big hit for Newton-John, the song, and video—one scene even alluding to two men getting “physical” with one another—were considered too raunchy in 1981 and the song was even banned from radio in some markets at the time, including Utah.

At first, the singer and songwriter didn’t find the meaning of the song salacious. “I don’t think I was really aware of how raunchy it was when I was recording it until afterward, and that’s when I freaked out,” said Newton-John. “But looking back now I go, ‘That was great.’ It got attention. And also, compared to what I’m listening to on the radio now, it’s more like a lullaby.”

Once recorded, Newton-John called her manager Roger Davies, who also went on to manage Tina Turner and P!nk, and told him she had “gone too far” and that the song was “too raunchy.”

I been patient, I been good
Tried to keep my hands on the table
It’s gettin’ hard, this holdin’ back
You know what I mean
I’m sure you’ll understand my point of view
We know each other mentally
You gotta know that you’re bringin’ out
The animal in me

The Other Side of “Sandy”

The controversy around the “Physical” and the suggestive meaning of the lyrics helped Newton-John shift from her predominantly clean-cut image—much like her goody-two-shoes Grease character, Sandy Olsson—to a woman more powerful, and sexy.

“Physical” also helped Newton-John transition into her subsequent hits of love and longing like “Soul Kiss,” “Make a Move on Me” and “Twist of Fate.”

In 2021, Newton-John celebrated the 40th anniversary of the song and the album with a deluxe edition of Physical. To commemorate the anniversary of the album and hit, the singer launched a TikTok “Physical” challenge, in partnership with Crunch Fitness, for the record number of people doing the “Physical” video leg lift, to help raise awareness and funding for cancer treatment research and draw attention to the Olivia Newton-John Foundation Fund.

“Of course it was one of the biggest songs I ever had,” said Newton-John of her iconic pop hit. “So, sometimes you’ve got to let go of the fear and just go with it.” 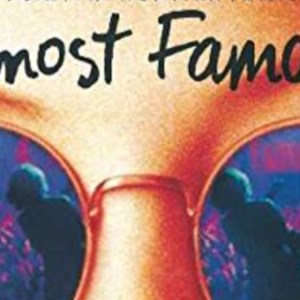