Cyndi Lauper and Rob Hyman were having issues in their respective romantic relationships and wrote those experiences into a song, “Time After Time.”

Lauper’s first No. 1 hit off her 1983 debut She’s So Unusual became a mega pop ballad of longing, and leaving and trying not to look back on a relationship that has met its end.

Introduced to the singer by producer Rick Chertoff, Hyman, founding member of The Hooters, came into the recording of She’s So Unusual when Lauper had already recorded most of her album, but there was room for one more song. Sitting at the piano, the pair wrote “Time After Time.”

“It was the first time we met her,” said Hyman. “We talked and right from the jump she was so unusual. She was definitely different and striking and creative. One thing led to another—she saw our band, we got a chance to hear one of her demos.”

Trouble in Paradise… and a Suitcase of Memories

At the time Cyndi was having problems with her boyfriend and manager David Wolff, while Hyman was coming out of a relationship. “She [Lauper] came down to Philadelphia and was staying with a friend,” added Hyman. “She worked with us in our rehearsal studio and did a bunch of demos, so it was really a tryout period—we also tried out some drummers and bass players, but it ended up being Eric [Eric M. Bazilian of The Hooters] and myself doing most of the guitars and keyboards, and Rick producing. We became her band for that album.”

In their session, Hyman wrote one of the first lines: suitcase of memories and the remainder of the lyrics started coming out from Lauper’s own experiences. At first, the song started off with a more uptempo ska beat on piano but eventually simmered into its final form.

The title of the song was pulled from a 1979 TV guide listing for a sci-fi movie called Time After Time, starring Malcolm McDowell and Mary Steenburgen. Initially, it was a temporary title, which Lauper changed, but ‘Time After Time” came back.

“Time After Time” was Lauper’s first No. 1 single in June of 1984 hitting the top of the Billboard Top 100 and Adult Contemporary charts. The song also peaked at No. 3 in the U.K. and was nominated for Song of the Year at the 1985 Grammy Awards.

“Time After Time” was one of four tracks Lauper wrote for her debut, the result of her pushing to get more of her own lyrics onto She’s So Unusual. “I kept fighting to write a song for this record with one of these guys,” said Lauper. “What I thought was great is that we were able to take real-life things, real things that were really happening—things that people said, things that people did—and put them right in the song.”

The Meaning Behind the Clicking Clocks

The verse Lying in my bed I hear the clock tick and think of you, Lauper said originated from a Betty Boop alarm clock she owned, which Wolff accidentally broke one night and later replaced with his mother’s louder alarm clock. Lauper said the ticking on the new clock was so loud that she had to put it in the bathroom behind a shower curtain so she could fall asleep. “I would try to go to sleep and I heard the clock tick,” said Lauper, “because you couldn’t not hear that freaking clock ticking.”

Lying in my bed, I hear the clock tick and think of you
Caught up in circles
Confusion is nothing new
Flashback, warm nights
Almost left behind
Suitcase of memories
Time after

Sometimes you picture me
I’m walking too far ahead
You’re calling to me, I can’t hear
What you’ve said
Then you say, “go slow”
And I fall behind
The second hand unwinds

A Hand in the Chorus

Struggling over the chorus on the phone with Hyman, Lauper suddenly felt a hand on her shoulder then started thinking of up and down, falling and catching, which made up the iconic chorus of “Time After Time.”

“It just came out like that,” said Lauper. “I don’t know who’s hand went on my shoulder because I was alone, but whosoever hand that was, I think they had a hand in helping me write that chorus.”

Take One, or Two

The song was literally recorded in one take. “We just caught the lightning,” said Hyman. “Most of the instrumentation was a first-second take. There’s a keyboard pad, and that’s the demo. I keep telling people the record you hear is the demo.”

Lauper said the song had to be just right and not just for radio play. “It had to be right and the songs had to be not just hit songs because I didn’t want that,” she said. “I wanted them to be deep. I wanted you to get chills when you heard them. I wanted it to be like wow.”

In the video, directed by Edd Griles, Lauper plays a young. women leaving her lover in the middle of the night to go back home to her mother. Coincidentally, Wolff, Lauper’s then-boyfriend, her mother, and her brother appear in the video, along with the late wrestling star Captain Lou Albano, who also appeared as Lauper’s father in the “Girls Just Want to Have Fun.” Albano appears as a cook in “Time After Time” with portions of the video shot at the now-defunct Tom’s Diner in Roxbury, NY, and in front of Betty’s Department Store in Wharton, NJ.

“It was important to me that we were natural and human in the video,” said Lauper, who is also seen watching the 1936 film The Garden of Allah, starring Marlene Dietrich in the video. “I wanted to convey somebody who walked her own path and did not always get along with everyone and did not always marry the guy.”

Throughout the decades, “Time After Time” has been covered by dozens of artists across genres, including Barry Manilow, Miles Davis, Matchbox Twenty, Boyz II Men, Paul Anka, and even Willie Nelson on his 2002 covers album The Great Divide.

“There’s a mystery to this song,” said Hyman around the meaning of “Time After Time.” He added, “It’s a bittersweet song… and there’s a darker side and then there’s an uplifting side, but it’s not a happy song. It’s a hopeful song, but I think that’s life. It’s hard to write love songs without being overly ‘oh I love you forever,’ or it’s a breakup song ‘I never want to see you again’ and it’s an angry, bitter song.”

He adds, “I think that’s what’s touching people and continues to. For me, the best songs are the ones with a bit of mystery in them. You don’t really quite know what’s going on there.”

Though it’s “mysterious” to Hyman, “Time After Time” has more spiritual meaning for Lauper. “It’s really about testing love,” she said. “If you love somebody you’re there… whatever happens, you’re there. I think that is what grabbed people and the fact that there were real moments of humanity in it.” 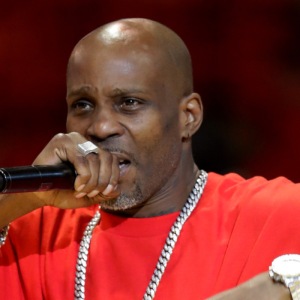