Spotify’s Fresh Finds playlist has always been known to feature fun, up-and-coming, artists. But now, Spotify has decided to become more intentional about elevating these new performers. In May, the streaming service announced their first-ever partnership with indie performers, where they would choose four new artists and partner them with accomplished producers. In the span of a few short weeks, the artist and producer created songs that dropped as Spotify singles, and are featured on Fresh Finds.

All four singles from these new artists are out now(June 23). The artists—Wallice, Unusual Demont, Julia Wolf and EKKSTACY—were provided a wide range of opportunities, from mentorship to a social media docu-series, in order to both write and share their new tunes in such a short turn-around time.

Below are each of the new singles and the artist’s comments on the story behind the lyrics and/or working with their partnered producer. The quick process seems daunting, challenging and beautifully rewarding.

In RBF, Wolf reflects on how society has unrealistic expectations of women as she sings about how people have always said she has a “resting bitch face.” The mellow pop production compliments Julia’s voice beautifully—creating a catchy song that is also smooth and meaningful.

“The opening lyric, resting bitch face / you can take it or leave it, is so blunt. Being too nice has always translated to people taking advantage of me, and growing up especially, I was overly accepting of that behavior,” Wolf says. “But in the same breath, being certain of yourself and finding that power in you to say no, or do what’s best for you can somehow label you as a “bitch”. So, if someone is using that term to bring a girl down, it’s a helpful red flag on their personality. It tells me that I must be doing something right, so I just take it as a compliment. There is an empowering side that exists in all this and I wanted to shine some light on it.”

2. “hey!” by Unusual Demont, produced by The Idiot (aka Kieran Watters)

The song has hints of everything from punk to rap to pop, as Demont raps in a slow and relaxed way that is almost hypnotizing. The production is upbeat and exciting, as listeners can focus on everything from the woozy chorus to the chants of “hey” in the background.

“It’s the first time I’ve talked about something other than relationships in a song, so I’m excited for people to listen and really get to see me beyond the relatable relationship stuff. There’s also a lot of intention in the delivery. I wanna let you have your own interpretation of what that intention is though, just to keep you really listening,” Demont explains.”It was super fun to work with Kieran on this song just because I think we really see eye-to-eye in making ‘melodic chaos’ where the energy is so loud but under it all you can hear those synths creeping in.”

3. “f*ck everything!” by EKKSTACY (feat. The Drums), produced by Jonny Pierce of The Drums

The track, produced by and featuring Jonny Pierce of The Drums, is propelled by Pierce’s signature punk and new-wave sound. The tune is surprisingly upbeat and rhythmic, while EKKSTACY’s fatalistic refrain of fuck everything lyrically juxtaposes from the musical accompaniment.

“‘F*ck Everything’ is an indie punk song to make you sad and shit,” shares Ekkstacy. “After I finished recording and mixing all my vocals, I sent my stems to Jonny and he decided to re-arrange and re-structure the entire song. When he sent back the song I kinda freaked out. It was like I was hearing a whole new song. I was with some of my friends, we all listened together, they lost their minds when they heard it. Try reversing the audio of the song.”

4. “Nothing Scares Me” by Wallice, produced by marinelli & Ariel Rechtshaid

Wallice’s silky voice has a catchy, pop energy, but the song is not simple in the slightest. The single is intricately layered with production that plays with dynamics and reverb, switching between high-energy vocals to vulnerable moments.

“I was writing the song from the perspective of being bored by everyday life. While we wrote the song marinelli was reading a book by Murakami, in which a character’s smile ‘never extended past the moment.’ I thought it was interesting that we pulled two different influences in one song, and still walked out with something cohesive. I’ve known marinelli since I was 11 and worked with him on music since I was 17. I love working with him; We both have the same vision for the music we make. It was really exciting to add Ariel into the mix. I’m so used to working with only marinelli, and Ariel was able to add another layer. We recorded in his studio, which is quite different than Marinelli’s home studio. It was an amazing experience.” 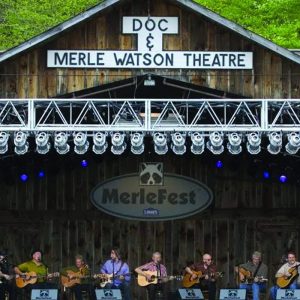 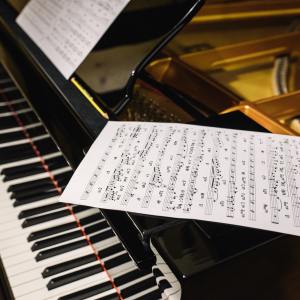