If you’d only just met her, it might be hard for you to believe that accomplished New York City-based EDM singer and songwriter, Lachi, grew up shy. The charming, loquacious, effervescent personality, who can soar and glide on a dance track, grew up quiet, resigned. She didn’t always want the spotlight on her but today she’s making up for lost time with enough sonic power and force to get any other like-minded wallflowers within earshot out of their chairs or off their relaxed poses and onto the dance floor to show their stuff. Lachi’s latest musical endeavor is the perceptive, candy-sticky track, “Messages,” which we’re happy to premiere here.

“It wasn’t until college that I opened up,” Lachi says. “I gained confidence through joining different music groups and sharing my talent.”

In college at the University of North Carolina Chapel Hill, Lachi joined the glee club. She’d sung in high school talent shows but hadn’t done much else with music. She went abroad later and when she came back, invigorated by the excursion, Lachi had even more school spirit. She started an a cappella club. She started to play in pubs around the school. People requested her. She was onto something. And for Lachi, who grew up with a visual impairment (she is legally blind today), the singer was climbing out of her shell. Her parents, who are Nigerian, wanted her to study business but quickly she knew she wanted to sing professionally.

“I told my school counselor that I was interested in pursuing my dreams as a musician,” Lachi says. “And I asked him if I should take more classes, if I should study music, and he said, ‘No, just move to New York City.’ So, I did!”

Lachi remembers that her parents were worried about her leaving home at the time. Having a visual impairment and just generally being their youngest, it worried them to see their little fish go so far away into such a big pond. Luckily, for Lachi, after graduation, she was able to venture out when her parents were out of the country and unable to curtail her.

“My parents weren’t super exited about,” Lachi says, with a laugh. “They tried not to baby me. But they babied me. So, one day, my parents were at some wedding in Nigeria – everybody was gone except for me and I said, ‘Screw this!’ I got my less than $500 together and my then-boyfriend, who had nothing else going at the time, and we left. We didn’t have a place to stay. It was rough but I loved it.”

Lachi, who began playing music at around five-years-old after picking up a keyboard that her older sister had first been gifted and then tossed aside, was astonished initially by the concept of a three-note chord. The notes together, blending blew her mind. She chased that feeling. In New York, she studied music at the prestigious New York University. Later, she joined the U.S. Army Corps of Engineers – a fine, challenging job but also a job that cemented her stance on what she wanted to do with the rest of her life. Lachi wanted to be an artist first and foremost, not work a desk. So, toward that end, she needed like-minded musicians to work with.

Growing up, Lachi never focused on her visual disability. It’s not something she leans on as a crutch. In fact, she says, as a child it felt more like she and her family ignored the issue than tried to create any kind of scaffolding around it. In New York City, though, Lachi decided she would embrace that side of herself, to a degree. She met a group of blind musicians at a camp, one of whom played guitar. Together, they sang, hung out, wrote and, at one point, Lachi had the idea to go to SXSW to see what could happen. Ahead of the trip, she wrote to some record labels. While she didn’t hear a reply, one stopped by at her showcase at the famed Austin, Texas festival and signed Lachi to a one-album label deal. Next thing she knew, she was on Oprah Radio.

As an EDM singer, Lachi says she has a great deal of freedom within her genre. She says she’d tried the indie rock thing, tried the R&B thing but felt personally stifled or that she didn’t fit quite right. But with dance music, which has a much longer history in American music than many might realize, Lachi feels at home. With EDM, as long as she weaves her vocals within the beat, she can sing about whatever she wants. Her truth, her creative vision.

“The great thing about EDM,” she says, “is that it’s a broad umbrella.”

Beginning with the legendary German band, Kraftwerk, electronic dance music has gained mass appeal. In Chicago in the 80s and 90s, Lachi notes, there was a big underground scene that fused with hip-hop and house shows. Today, many might think EDM is solely teenagers with pink stuffed animal backpacks, but it encompasses a great deal more. And to the welcoming genre, Lachi adds her latest track, “Messages,” which comes on the heals of her prior single release, “Duality.” The new song was borne out of a series of communications Lachi noticed between one of her collaborators and an ex of his.

“I loved the concept of leaving increasingly angsty messages,” Lachi says. “Getting no response and eventually leaving more messages to help cope through the angst.”

With plans for more singles in the near future, Lachi, who was recently nominated for an Independent Music Award, is busy at work in a giant city that has slowed down largely due to the pandemic. But that’s no surprise for the EDM songwriter. Lachi is focused on creating the art she wants to move the young people who may look to her for inspiration. As a girl, Lachi didn’t see many – if any – people like her on TV or hear them on the radio. Now she is taking up that space and it heartens her along the journey.

“Music opened me up to find my confidence,” Lachi says. “Growing up, I was very quiet. But I also love music because I love arranging, creating, performing. Allowing it to lift me up and be the person who I want to be.” 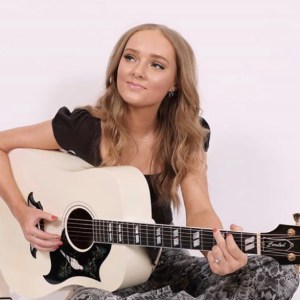 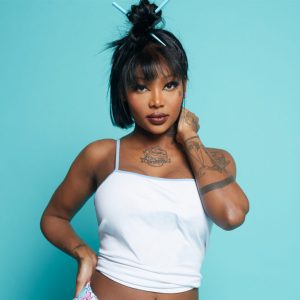