I’ve loved the music of Michael McDonald even before he joined The Doobie Brothers and began writing a songbook of rock-soul classics. It was that warm, rich, deeply soulful sound of his harmony vocals on classic Steely Dan songs such as “Peg” that grabbed me and never let go. There was nothing quite like it. Then came his emergence with The Doobie Brothers, replacing Tom Johnson and injecting that band with some serious soul in his singing and songs. Successive classics poured out of him—“Taking It To The Streets,” “Minute by Minute”—you know the rest. Like the rest of the world, I woke up to the fact that anything he sang was golden. Whether he sang one of his own great songs, or a soul classic such as “Knock On Wood”—which he and Phoebe Snow absolutely lit on fire playing in Fagen’s New York Rock and Soul Revue—it was always as good as it gets.

Then came news of “Home Alone 2: Birthday Bash: A Party of One,” a solo show to be livestreamed on February 12, his 69th birthday. On his website, in advance of this show, he sang The Beatles’ “Birthday” and said, “I’ll be performing songs from my solo career, from The Doobies, and some special cover tunes to celebrate yet another trip around the sun, and Valentine’s Day while we’re at it.”

Admittedly, after seeing him many times over the years, live solo and with The Doobies (back in the days of old, when audiences would all congregate in the same venue in real-time) I wondered if he could conjure up the same kind of magic and fire in a remote show, created alone in a studio. Without other musicians—without even an audience—could it still get to that place?

Yes. And immediately. The man is a consummate musician, and true lover of great songs. He played a bounty of these—his own, and some famous covers. He played solo, as well as with recorded backing tracks that were simple and right—the remote musicianship and vocals of others.

This solo focus, with Michael McDonald only, wasn’t a detriment. It was wonderful. He was relaxed, funny, and his voice was as strong and soulful as ever as he inhabited a succession of great songs.

In honor of “Valentine’s Day” around the corner—sweetly indulging our memories of the old world, when holidays were holidays—he opened with “My Funny Valentine,” the Rodgers & Hart classic that remains arguably the best Valentine’s Day song. He played it on a gut-string guitar, beautifully, easily swinging through the changes. Who knew he could play guitar? He even did a Django-like chordal solo. The man contains multitudes.

From there flowed a copious concert which combined his own classics with heartfelt, beautiful songs like “I Heard It Through The Grapevine.” Written by Barrett Strong and Norman Whitfeld, it’s one of those songs—not unlike a Beatles song—which has been so famously and powerfully performed already (by Marvin Gaye, among others),  that any cover is bound to always sound lesser.

Unless Michael McDonald sings it. He delivered his essential “Grapevine,” a song of true mystery and soul (its grapevine secret never divulged by its songwriters) that he sang as if he wrote it himself.

He also brought powerful versions of his own great songs, along with their remarkable keyboard parts, such as “What A Fool Believes” and “Minute by Minute.” On guitar again, he brought a new intensity to “You Belong To Me.” Slowing down the tempo from the original, the melody came across with crystalline purity that went right to the heart, punctuated by a gentle percussion groove and rich harmonies.

On piano, he played “I Keep Forgetting,” easily covering the complex, funky piano part while singing against his own vocal harmonies. That title seemed ironic, given that its melody kept playing in my jukebox brain for days after this show. Long after we all forget most of our lives, no doubt we’ll all remember “I Keep Forgetting.” Songs like that—and those by other songwriters he sang—matter. They help us hold the world together, and lift our hearts with hope. And singular soul.

Thanks for inviting us to your birthday party, Michael. Please do this on every holiday there is. 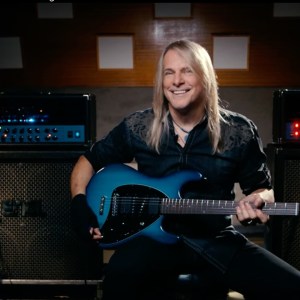 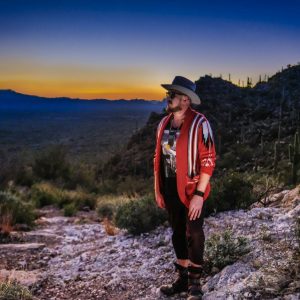