David Huckfelt uses his voice to amplify others. The singer-lyricist from Minneapolis works as a folk activist to bring attention to issues often overlooked in this country; he sings about the land that we abuse and the people that live on it. His new album, Room Enough, Time Enough, officially debuts on February 26th and serves as a bold environmental battle cry.

The twelve-track record was recorded right before the world plunged into a pandemic of chaos and as Huckfelt and his partner welcomed their first child into the family. Mirroring these collective and personal shifts, Huckfelt recorded in Tucson with an ever-changing presence of artists.

“I just feel like we wanted to give it some teeth, and this was a recording session that was kind of a revolving door of cowboys and native musicians, local poets and players,” Huckfelt told American Songwriter. “I think the idea was just to let it be about as fierce as the Earth can be when storms come up and the harshness of desert conditions. It’s loose and so free. It felt like a tough feeling that you could really lean into it in a respectful way.”

The sound of the album backs up Huckfelt’s claims of fierce freedom. Huckfelt brought horns into his music for the first time, the trumpet specifically, and spotlighted Keith Secola’s traditional native flute (Secola is an Ojibwe ambassador of Native Americana music). Hence Room Enough, Time Enough’s nostalgic and affecting sound.

The lyrical poetry of the album also carries the sound higher through its overarching theme of perseverance and preservation. “I think the thing that keeps jumping out to me is I wanted to find common ground with this record,” Huckfelt said. “I wanted to find, at a time of just severe division, I wanted to find places and sentiments and feelings that we could stand on together with commonality. And so this is a perfect place. I mean a lot of times, Indigenous music gets brushed aside in the conversation about Americana music. I wanted to make a platform and then step aside and let some other artists bring their voices to the forefront.”

He continued, “So to me, it feels really natural to play my songs, old folk songs and a couple cover songs. It speaks to the philosophy of maybe you hear something that you’ve heard a thousand times but there’s something different about it that breaks through the noise. It’s a warning. There’s a lot of really heroic people sounding the alarm on climate change right now, and to me, this is another angle to help just make that point, maybe subtly, and bring everybody who cares about it to the same stage. A lot of songs on Room Enough feel like that’s part of the goal there.”

One song that we talked about specifically with Huckfelt is his cover of “Bury Me Not.” Huckfelt reimagined the roots classic with all the strength from the past that merged with Huckfelt’s own perspective.

“‘Bury Me Not’ has always been around in my periphery,” Huckfelt said. “Diving into the lyrics and some of the older versions of the song, it’s been recorded hundreds of times, I just saw something in there to be flipped upside down on its head… There’s a different angle on the poetry of the song that really elevates the fact that the Earth has the last word in all of our endeavors to pursue our ends and design… It just calls back to having respect for the planet first, and what happens if you don’t.”

Listen to David Huckfelt’s “Bury Me Not” below and rally around Room Enough, Time Enough. 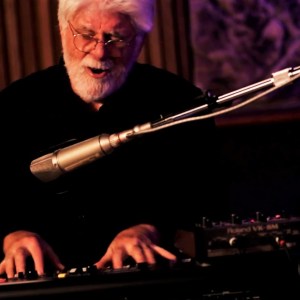 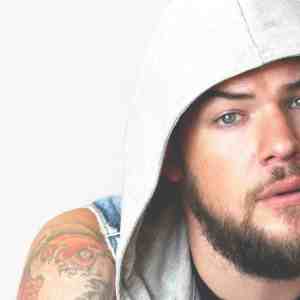