Rapper Takeoff was fatally shot on the morning of Nov. 1. He was 28 years old.

One-third of the Georgia-formed rap group Migos alongside rappers Quavo and Offset, Takeoff was shot and killed at a bowling alley in Houston, Texas at around 2:30 a.m. An altercation reportedly broke out while he and Quavo were playing dice and someone opened fire. Takeoff was pronounced dead at the scene having reportedly been shot in or around the head. Quavo was unharmed, but two other people present were also shot and taken to the hospital.

Takeoff was born Kirshnik Khari Ball in Lawrenceville, Georgia in 1994. He began rapping with his uncle, Quavo, and his cousin, Offset, in 2008 under the name Polo Club. In 2011, the trio released their debut mixtape as Migos.

Migos released their first mainstream hit “Versace” in 2013. Soon after, they became multi-platinum hitmakers, dropping other notable tracks like the 2016 hit “Bad and Boujee” with Lil Uzi Vert, “MotorSport” with Nicki Minaj and Cardi B in 2018, and “Walk It Talk It” with Drake that same year.

Takeoff released one solo album, The Last Rocket, in 2018. In September, Takeoff and Quavo released one record, Only Built for Infinity Links, as the duo Unc & Phew.

As the news spreads, tributes to the late rapper from the music world and beyond have begun to pour in on social media.

DJ Premier wrote “Condolences to Takeoff’s Family. This is beyond sad to be killed in a senseless situation with so much success.”

Juice Wayne tweeted “Takeoff, man…Offset lost a brother he’ll never get to fix things with. For nothing. Quavo lost his nephew. For nothing. Rap lost a good one. For nothing. All this bloodshed. For nothing. It’ll never make sense. Never ever. Rest in Peace. Prayers to the family of the fallen.”

As of press time, Quavo and Offset have not released any statements. 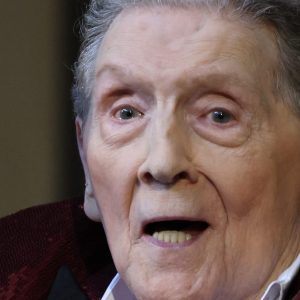