LA-based artist MishCatt is the alluring and sultry voice of an LA-based artist who grew up in Costa Rica singing, playing guitar and piano, while using music as a sanctuary for expression and sonic exploration.

Born with synesthesia — a perceptual condition of mixed senses — MishCatt credits her condition for her unique take on music allowing her to see colors and shapes in each track she writes.

Her debut Highlighter EP includes smash hits “Another Dimension” and “Gun to the Head,” amassed over 50 million collective streams.

The Real Pavo EP is her latest work and she gave details on her favorite works on the album for fans of American Songwriter.

In her own words she breaks down this offering.

Blue Blood was born from a synthesizer in the Swedish countryside on a grey, rainy day. At that moment, the only thing I could think about was the famous, warm California blue sky.

We worked around the atmosphere of the song first, which was typically how Pontus Winnberg and I start songs. We then sat down for some hours trying to express in words how the atmosphere made us feel. It felt like a melancholic memory of a summer romance, idealistic, but there was something sad about it. Almost a dreamy feel to make you wonder if it ever happened. The first demo for the song was actually called “In it for the money,” essentially being about spending all you got just to have one whole day with someone you really like.

It was funny because the essence of the song was there, but the lyrics didn’t describe what I was feeling with it. Two years after that trip to Sweden, I decided to live in California for a bit where I met Max Lukach, a creative director and storyteller, who ended up collaborating with me on the creation of ‘MishCatt’s world’ and the lyrics for the songs.

Together we re-wrote Blue Blood’s lyrics, and created the story behind the song that would tie into the overall theme with the rest of the songs for this EP.

We called the song Blue Blood because of a blue monkey character in this universe that represented “intuition.” This first song is about the introduction to my intuition, and the ensuing adventure ahead.

A demo of Pavo was actually one of the first pieces of music I created with Pontus and Christian Olsson. It was supposed to be on my first EP Highlighter, but it transformed into a different version for The Real Pavo.

The demo was called Tunnelvision, and had this psychedelic/ska feel that never left and remained a strong essence of the song. But funnily enough, the song didn’t feel just right for the first EP, and so it sat on the shelf for a bit and developed a bit more of its own personality. Regardless, I always loved the sound of the song, and as time went on, I grew to respect the personality it developed.

The lyrics of the song were written by Max Lukarch and I. At the time we were very inspired by and obsessed with Gorillaz. It’s supposed to make you feel energetic and cool with your own unique cat walk. Rebellious, creative, crazy, excited, and happy. And all of those feelings fit well into the story we were telling as a metaphor for the album which tied into the song title, as well as the EP title. Pavo means “turkey” in Spanish, and the idea was what if there was this turkey that doesn’t know it’s actually a Peacock. In Spanish, Peacock is “Pavo Real,” so the EP ended up becoming a twist on this inside joke. Pavo, this poor turkey that’s blind to her colorful intuition, is really just on a journey to embrace her true colors and evolve from a turkey into a peacock to become “The Real Pavo”.

I know it doesn’t make a whole lot of sense, but as long as you enjoy the music, that’s all that really matters.

Pontus and I started this song with Patrik Berger in Sweden a few years ago. He was playing the guitar and he played these beautiful chords that I couldn’t stop thinking about. I kept on playing them after that and created the melodies for the verses. This was also when the first EP was being made, but we didn’t have the correct chorus for it, so we decided to postpone it and have more time to think about the production and melodies.

A few years later, we experimented with a vocoder in my voice and different ways to contrast the verses with the chorus. We felt the verses were too intimate so we wanted to create a chorus that would lift and open the song up.

I remember the moment the melody popped in my head. I was running one morning and suddenly I heard the introduction of the song creep into the back of my mind, it was like magic. It’s good to be in motion when you want to write lyrics or melodies, or just create something. The motion of life is weirdly inspiring. I don’t know how it works, maybe endorphins?  But it helps push ideas and lets pure creativity flow.

Anyway, that afternoon Pontus and I worked on the song, he started playing those beautiful sad chords on the guitar and I began mumbling lyrics with melodies.

We wanted to talk about a person you want to get to know, someone you love, but no matter how close you are, you will never understand their deepness or isolation. We started writing as soon as we began discussing the idea, it was a song that had the melodies, the atmosphere, the lyrics and all connected.

It was pure beautiful sadness but the only problem was that it was too long.

As I’ve mentioned in the past, I have synesthesia, which brings about lots of weird descriptors for musical notes. And so with this song, I was seeing lots of blue tones, over and over again. It really needed some contrast, and it was just becoming really uncomfortable for me. I wanted to add some orange, yellow tones to it.

Then, one day when I was working with Pontus and Max on this song, Pontus played these beautiful chords that contrasted perfectly with the rest of the song. That night, Max and I finished the remaining lyrics and everything felt right with the new contrasting bits.

We walked away with a new bridge that really brought the song together in a beautiful way. It felt like the perfect breath of air after a beautiful swim underwater. A final song to bring the EP to a close, and wrap up the wild journey of a purple girl falling in love with her intuition. 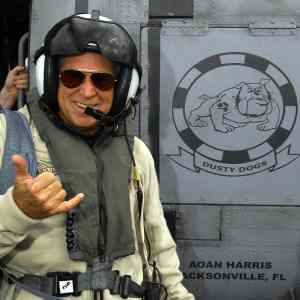 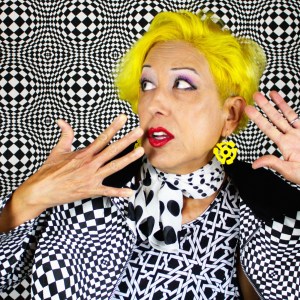