Trains work. Riding the rail provides the perfect contemplative setting, where one can get lost, or perhaps dissect themselves, in words. At the moment, Nadine Shah will tell you she’s the consummate, train songwriter.

“You’re in a kind of state of limbo when in transit,” says Shah. “Phone reception is rubbish, and it means I get some proper time to myself without distractions.” There, Shah can sift one liners notes and other lyrical bits and pieces stored on her phone. “I sit and make sense of them and songs just appear,” Shah tells American Songwriter. “It’s by no means easy for me to write. It’s a lonely process and for me I think it brings out my demons. I don’t find it particularly enjoyable.”

She’s been visiting her parents in Northern England regularly, so the back-and-forth trek to and from London, has given Shah ample time to reflect on her life—and write. “Of course, I’m always writing but this time ‘round I had the luxury of time,” she says. “The train journeys were perfect for getting lyric writing done.”

Her fourth album, Kitchen Sink (June 26), was a product of these railroad respites, and unravels Shah’s sentiments on what it means to be a woman—one who is getting older—and the often blatant expectations of females in this day and age.

Perfectly executed in throbbing beats and sinister melodies, Kitchen Sink exposes Shah’s visceral lyrics. A tribal ode to feminine grievances, horns cut through brooding vocals, swelling in the discontent of the “hunt” on “Club Cougar,” crooning Call me pretty / Make your maneuver / When you’re younger, call me a cougar / All dressed up, think I did for ya / Make eye contact, think I adore ya.

Vexed at the recurring notion of the purpose of the female body, Shah eerily ruminates on motherhood on “Ladies for Babies (Ghosts for Love)” singing He wants his lady to be a lady / To care less, be hairless / All he wants in fairness / Is a baby, a little baby. A poetic soundscape of horns, bells, whistles, and other stylistic compositions, it’s easy to get lost in Kitchen Sink’s instrumentation as much as Shah’s intricately weaved storytelling, from her “Trad” chant of Shave my legs, freeze my eggs, gesticulating in its arrangement as Shah asks Will you want me when I am old? Textured beats brew calculated revelations of paranoia, driven by the sporadic guitar crunches and chugging drums of “Kitchen Sink.” Stark recurring beats continue as Shah enters when she pleases on “Kite,” and Kitchen Sink crests in the more expansive “Wasp’s Nest” and the thunderous build-up of “Walk.”

A follow up to Shah’s third album, 2017’s Holiday Destination, which picked up a Mercury Prize nomination, Kitchen Sink reveals the depth of three years time, while the former descended deeper into political strife, addressing Islamophobia, the Syrian refugee crisis, Fascist-like leadership in the United States, and the bigotry she has faced in England as a British, Muslim female with Pakistani and Norwegian heritage.

“I felt what I was saying would resonate with a lot of people and that the musical landscape at the time needed an album like that,” says Shah. “It was heavily political, and after a while that takes its toll on you. Having to constantly ensure I was being as responsible as possible when speaking about its subject and doing the justice to those I was writing about.”

Shah pulled back from the political musings and refocused on her personal life for some time. That’s when she says she started looking inward, writing, and eventually arrived at Kitchen Sink, a collection of stories highlighting the frustrations she says she experiences as a woman in her mid-30s.

“Some of the dinner party food that was made back then is hilarious, really gauche looking, manic almost,” says Shah. “I had this imagery in my head a long while before making the album, and luckily it ties on perfectly with the title Kitchen Sink and the themes I explore.”

Everything extracted from Shah on Kitchen Sink is still prevalent in her life now. “The frustrations I speak about are still present, maybe even more so now,” says Shah. “I’m not getting any younger, and I’m still conflicted with whether or not to have children. I really want to be a mother, but I don’t want to rush. I don’t feel ready yet. Of course that then means there are further pressures put on me from my family that I need to hurry up.”

Typically, women in their 30s and 40s feel the pressures of motherhood most, but younger millennials are opting to have fewer children, something Shah says comes down to the two factors: they’re environmentally aware and know the planet is already overpopulated; and unmarried woman are just enjoying more fulfilling lives outside of building a family.

“Women aren’t as limited as they once were, and attitudes toward unmarried women are changing,” says Shah. “Choice is a beautiful thing, and there is more choice now. Many women just don’t want to be mothers and finally they don’t have to feel so guilty about that.”

Right now, Shah is working on her own time and even joked with friends that she would have to turn down her partner’s proposal if it came before the release of her album. “Each day I’m feeling more and more comfortable taking my time and seeking my thrills elsewhere outside of marriage and children,” says Shah. “It’s entirely possible to live as a single woman and have a completely full and happy life despite what some may think. “ 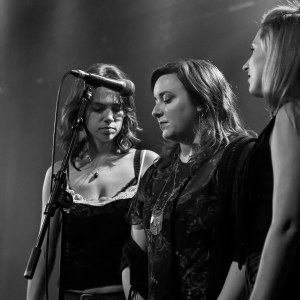 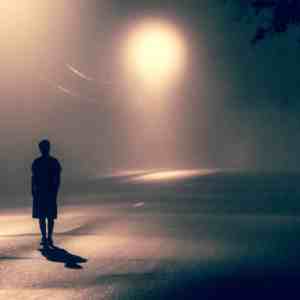