“Passion speaks to you in whispers. If you start to listen and foster it, it begins to roar,” singer and songwriter Daniel Sahad speaks wisely. Fronting Austin-based six-piece Nané, a moniker plugged into his Dominican Republic roots, he has long felt displaced in the world. He grew up in a small west Texas town, and, as one might expect, he was made an outsider. When he visited family in the Dominican Republic, he felt too American to fit in.

“I knew at all times that I was different,” he says of his upbringing. Frequently facing racism of all kinds, from micro-aggressions to overt actions, he knew what he had to do. “I learned how to become the most pontificate person I could. I watched speeches. I read poetry. I wrote essays. I was writing and speaking,” he tells American Songwriter over a recent call, “because I knew the only way to get through to certain people was never by aggression 一 but instead by being able to express myself clearly and being somebody they could empathize with and being somebody loving. That’s how you turn people.”

Sahad follows his heart regardless, fosted by two loving parents whose “every decision was led with love and believing in yourself,” he says. A compassionate, encouraging culture in the home bore a young man who would always do what was right and trust his instincts, despite a world so terribly stacked against him. So, he found solace in music, much later than most, only after earning a marketing and public relations degree from the University of Texas.

“I thought I was going to be a doctor. A lot of this came from having parents from a third-world country where the jobs are: doctor, engineer, or lawyer. To merit my parents’ sacrifices, I thought that was really the way to go,” he offers. After two years in the pre-med program, he transferred out, opting for studies more in-line with his new-found ambitions. He was literally in the middle of graduating when he got a call from The Bubble Recording Studios offering him an internship. He gladly took it, of course, and worked his way up the ranks, from intern to assistant to engineer, soaking up everything he possibly could.

He later teamed with legendary keyboardist and singer Gregg Rolie (of Journey and Santana) and his son to begin a production company. Sahad continued dabbling in production, quickly earning his stripes, as they say, and soon caught interest in management. He found his way to Pat Cassidy, known for working with Trinidad James, Wild Child, and Whiskey Shivers, and has been promoting, of all things, The Texas Chainsaw Massacre horror franchise the last 18 months.

All the while, Sahad and Green were writing and recording. The work that would transform into their debut LP began back in 2018, playing their first official shows together less than a year later. Before ever releasing a single track, they were performing 250-300 cap shows to sold-out crowds in and around the Austin scene. Within three months of their debut performance, they tracked and recorded their forthcoming record with producer John Speice IV (drums/percussion for Grupo Fantasma, The Echocentrics, Money Chicha, and Golden Dawn).

Nané 一 also comprised of long-time friend and collaborator Ian Green (guitar), Scott McIntyre (bass), Brady Knippa (drums), and Black Pumas’ resident keyboardist JaRon Marshall 一 are set to release their self-titled debut record on November 13. “John developed our sound. His talent and his arrangements were extremely significant to what is heard on the record. We love that man,” says Sahad.

“When I was writing, the stories that were coming to me were about a college student becoming a young adult. It’s a lot of love and loss and feelings of insecurity, confidence, and misplaced confidence. This album is taking ownership of what you want to become and what needs to be done. I’ve always been one who pushes for more and more of himself and tries to inspire the same out of his peers.”

Having grown up consuming soul music like Bill Withers, and now loving such contemporaries as Leon Bridges, Michael Kiwanuka, and Brittany Howard of Alabama Shakes, Shahad marries his slick style with Green’s love of indie/rock artists Jack White and the Talking Heads. “When we came together, it was really this blend of what I consider a dynamic of tender soul with grit. It’s what comes naturally.”

The musician spins a collection that will assuredly make a splash. When he’s not flouting social requirements on the sizzling “Blue Velvet” or finding strength sprouting deep within himself in “Clementine Tree,” he’s peeling back the ridicule that BIPOC face whenever speaking out against injustice on the chilling “Something’s Got to Give,” perhaps the most haunting performance of the bunch. “Not one to blame, just begging for change,” he sings, soft-spoken and broken.

Pain flows from his soul, and Sahad’s voice punches so hard you feel it too. “We live in a time that’s opened the doors to overt racism, unjust incarceration, and empty words. We’re going down a slippery slope. We have to look for the good, but there’s no more time to continue doing what we’re told and live in our position,” he observes.

Such fire-branded emotion drives the entire record, from the frost-tipped “Wolverine” to closing track “Can’t Get Enough,” co-written his sister Mariel and Marshall, on which he fully extricates himself from a “a toxic job and a parasitic relationship,” he says. “I had to keep my head up and see there’s power in riding silently on the high road, even though it’s not gratifying in the moment, even though it’s so much easier to steep yourself lower.”

“Sometimes, in the monotony of it all, we feel our current trajectory is the only route, but there is always another way. There is loss in growth. The growth needed to become who you’ve always wanted to become. In that path there is freedom, appreciation, and love,” he says. “Mariel’s my best friend and the person that brings clarity to my emotions when I feel fuzzy or lost. It helps that she’s a therapist, and a damn talented one at that.”

“I had had this idea of who I wanted to be since I was six. I know how hard my parents have worked and sacrificed to get me here. I was able to see such tangible examples and feel so grateful but also feel so confused… like why me? Why do I get all of this?,” he ponders. Growing up in America has provided Sahad a particular level of privilege and the opportunity to make choices about his future. “I’ve been able to select what I want to do with this life and have the freedom to make those choices and help people for good all around me.”

He has never sacrificed kindness during his band’s upward trajectory. It’s about having a voice and wielding it for good, particularly for “kids in third-world countries and other brown kids like me that don’t know where they belong,” he says. “I want to be the lead role for somebody else.”

Packed with visceral stringwork, “Ladybird,” which musically references B.B. King’s “The Thrill is Gone,” emerges as another album gem. Balancing both “tenderness and forlorn longing,” he says, the song explodes with intense heart, and as the very first song written for the record, its emotional weight is mirrored through Sahad’s gravel-soaked vocal turn and the strings that work double-time just to keep up. Also evidenced in a new live video (above), recorded by Desmond Inc. Productions, the song serves as a stunning showcase of Sahad’s abilities.

Volatile performances that span the entire record make you feel and think about life. While Sahad is undergoing his own personal transformation, shedding bad habits and further separating himself from poisonous connections, he hopes listeners study the lyrics and interpret their very own meanings. “Another big theme I want people to take away from our music: What must we let go of in order to grow? What concepts of ourselves must be laid to rest? What can we do to become the best version of ourselves, and in turn become a better more unified society,” he considers.

“Unity and coming together is the best thing we do in a time when we’re so divided. Loss is an important part of growth. Insecurity is often self-imposed. The voice you hear in your head is not even your voice that’s causing this insecurity. Love is all we have in the end.”

He’s speaking, of course, on this year of reckoning. Amidst an ongoing pandemic, more Black people have been killed, including most prominently Breonna Taylor and George Floyd, and the sweeping mandated lockdowns have forced many to reassess their roles in perpetuating systemic racism. “Even in an era of such division, I think this relentlessly tumultuous time has presented us with an opportunity to come together and redefine so much of the way society currently operates. The blatant inequality. An outdated lack of empathy. This pursuit is old and exhausting. Now is the time for change. It’s up to us to rise to the occasion and grow as a society for the better of the world.” 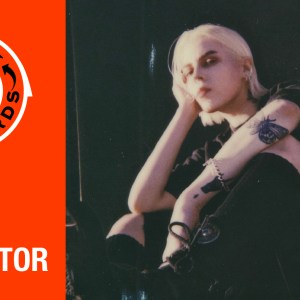 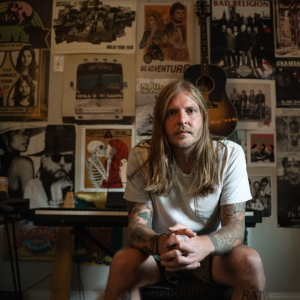