As the pandemic shut everything down, Bear Rinehart retreated to his home in Tennessee, writing nearly 100 songs. Closing himself in, and looking inward, the Needtobreathe frontman and songwriter wrote… then wrote some more. Working under his Wilder Woods moniker, Rinehart pulled from dozens of stories, varying reflections of love and relationships, and some childhood reverie on The Work Tapes EP.

“I was sort of forced into producing my own stuff for the first time,” says Rinehart, who wrote, recorded, and produced the EP at his home studio. “I just realized that if I wasn’t going to do it myself, no one would, so I ended up writing 70 or 80 songs.”

His second solo effort since his 2019 self-titled Wilder Woods release, the five songs of The Work Tapes are a diorama into a specific time and place. Produced by Rinehart and independently released, The Work Tapes EP fills some emotional voids, reflecting on change and uncertainty, yet filtered through better circumstances, from the impassioned “Long Night Coming,” capturing a child-like curiosity and wonderment in I need change to know my hearts still growing / I need an open word of possibility and no threat of slowing… I wanna sing to a crowd of people I’ve never met before / In a song that makes me remember what all this working’s for.

Moving though all the motions, the sentimental “Sink Our Love Now” and “Heavenly Light,” reveal changing times and persistent love, closing on a deeply reflective “Man Made Weather.” Echoing more uncertainty, singing Sometimes it’s weakness / But sometimes it’s right / Everything is darkness / You should look for the light, “What Are You Afraid Of” is a song Rinehart initially wrote for his wife and covers broader waves of connectedness.

“It’s the hardest thing to do, to figure out people’s fears because they don’t even know,” he says. “It’s really getting to the bottom of what is making you feel this way, and how can I help. Let’s just talk through it together and demystify it.”

Enjoying the sole process, a departure from the team of people working with Needtobreathe or his Wilder Woods collaborators, The Work Tapes were a true solo effort that Rinehart embraced. “I just felt like I needed to get these songs out in some way,” he says. “I was like ‘man, I really get the feeling that I’m trying to give so why don’t we just put it out like that and trust that people will be forgiving.’”

Admitting that he never felt like he was good self-producing, the past year forced him to hone in on craft. “It really comes down to the idea of ‘don’t wait on inspiration to happen,’” he says. “You have to make room for inspiration show up, and it might mean doing the things in the process that you don’t like, so I actually sort of fell in love with that part of it. For me, going back to recording with the band, now I can add so much more than I ever could have before.”

A departure from Rinehart’s first Wilder Woods project, where the goal was to be different from anything he’d done before, a clean break from Needtobreathe, The Work Tapes were driven by an entirely different sentiment.

“I think that first record has a lot of me leaning on other musicians and other producers and exploring that space,” says Rinehart. “For this, I wanted to explore playing all the parts.”

A second part of Work Tapes is in the works, both parts aren’t connected thematically, sonically, or otherwise. “I’ve always felt with projects, or with the band, ‘what’s the next thing we’re going to say’ with a theme and all those things, so it’s kind of nice to not have that,” says Rinehart. “This just feels cohesive. All the material from this year was a place in time. The truth is, I’m just picking from a ton of songs to put out. I’m just waiting for a song to move me or feel like the message is timely.”

This past year, Rinehart says, has helped him pay closer attention to his feelings and everything happening around him.

“I feel like I don’t have to be as clever as I used to be,” reveals Rinehart. “I’m just gauging what’s happening to me, so it’s like a form of meditation, or whatever you want to call it. It feels like I’m aware of the universe, how that is impacting me, and how am I getting pushed and pulled by it. Most of the lyrics do come from that, and then the music helps it make sense for me.”

Needtobreathe is always within scope, following the band’s 2020 release Out of Body, and while there’s more to create on that front, Rinehart also wants to release a fuller Wilder Woods record. Taking more breaks in between writing, he admits the past two years have been the most prolific time he’s ever had. “I’m 40 years old, and I feel like a kid in music right now,” shares Rinehart. “I wake up in the morning, and it’s the first thing I want to do. I just enjoy it, so I’ll keep doing it as long as I’m still enjoying it.”

Rinehart adds, “I think it’s important for all of us to keep that childhood excitement, even when we’re in our 40s, 50s, 60s It’s great creating things so useful, and so childish, and so ridiculous—and all the places you have to go in your mind. I feel like it’s a nice metaphor for me, because it’s a good reminder that there’s really nothing serious about all of this.” 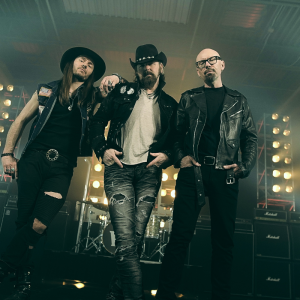 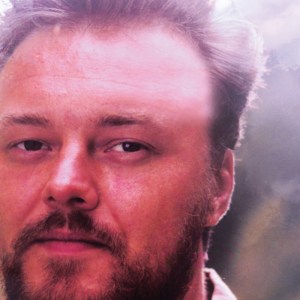