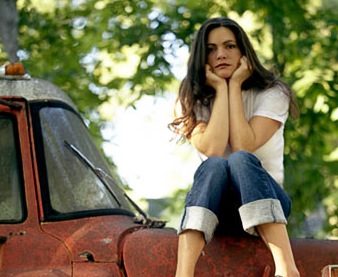 Angaleena Presley
8:00 p.m.
Angaleena Presley has become a go-to song supplier for Nashville’s female country singers. She’s had cuts with Ashton Shepherd and on Heidi Neufield’s 2008 album, What Am I Waiting For, but she’s more than just a writer for the stars. She’s a real coal miner’s daughter from Kentucky, and like her idol, Loretta Lynn, has a soul-baring, old-timey take on country music. 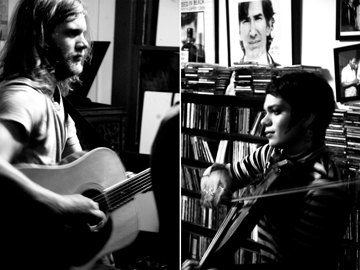 Jypsi
8:45 p.m.
Jypsi, the three sisters and one brother ensemble who play a barn-burning blend of psychedelic bluegrass, have been through a lot since we invited them to our office two years ago for one of our very first “Sessions.” Jypsi’s  wild take on pop-country may be a bit too edgy for the mainstream, but with the rest of this CMT and Southern Ground bill, they should fit right in.

Nic Cowan
9:30 p.m.
Sporting more tattoos than a body should have, Atlanta singer-songwriter Nic Cowan combines pop, county and soul to create his own sound, delivered with a bit of urban dash. Check out our video interview with Nic from the Sailing Southern Ground Cruise (above), where he gives us the inside scoop on what the cruise does for the creative flow of an artist on board, his personal songwriting style, and his history with Zac Brown.

Sonia Leigh
10:15 p.m.
A Florida-born, Georgia-bred spitfire reminiscent of a young Melissa Etheridge, Leigh serves up raucous numbers about whiskey misadventures and love gone wrong. Soon to tour with Loretta Lynn, Leigh mixes bar-band rock with midnight-hour country soul. Her stage banter can be pretty entertaining as well. Check out our interview with Sonia aboard the Sailing Southern Ground cruise (above).

Levi Lowrey
11:00 p.m.
Levi Lowrey was born into a famous Dacula, Georgia fiddling family. His great-great grandfather was none other than Gid Tanner, the leader of revered Georgia string band the Skillet Lickers. Lowrey was discovered by Zac Brown on the Atlanta scene and has since joined Brown’s Southern Ground label. He’s served as a writing partner with his famous patron, notably on the song “Colder Weather” from the Zac Brown Band’s just-released album, You Get What You Give. We recently chatted with Lowrey aboard the Sailing Southern Ground cruise. Watch our video interview above. 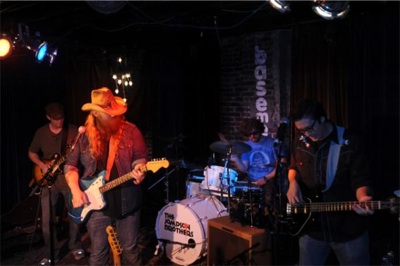 The Jompson Brothers
12:00 a.m.
Anyone who remembers our recent Sailing Southern Ground contest may have heard a thing or two about The Jompson Brothers. They won a spot on the boat, but their credentials run way deeper than that. Lead singer and songwriter Chris Stapleton logged a number of years in Nashville’s best bluegrass band, The Steeldrivers. Now Stapleton has re-emerged with a heavy, country-rock group, with Athens guitarist Greg McKee and bassist J.T. Cure, a fellow Kentuckian who Stapleton grew up playing with in bar bands. The Jompson Brothers will surely knock the roof off the Hard Rock. 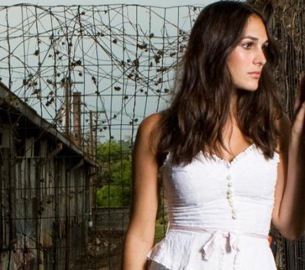 Sarah Jean Kelley
8:00 p.m.
Sarah Jean Kelley was born in Nashville, but left for a stint in Colorado, where she played in famous country music haunts from Durango to Telluride. Now the singer-songwriter is back, making a place for herself somewhere in between the bluegrass and indie-Americana worlds that Music City does so well. 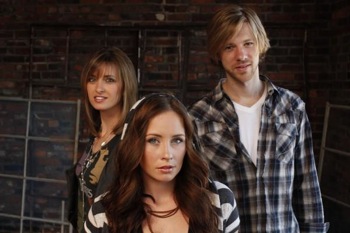 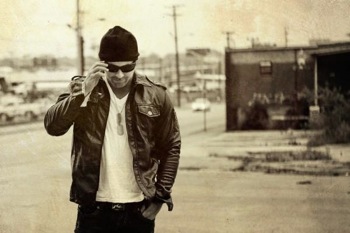 Kip Moore
9:30 p.m.
Kip Moore’s self-assessment on being a songwriter in Nashville – “just another fish trying to make a ripple in an ocean of songwriters” – is admirable, and right-on. He’s a small town Tifton, Georgia boy who recently joined the publishing roster of Stage Three Music, an innovative company with a wide range of artists. Moore’s writing is in the country-rock vein, with just a touch of Ryan Bingham‘s Crazy Heart thrown in. 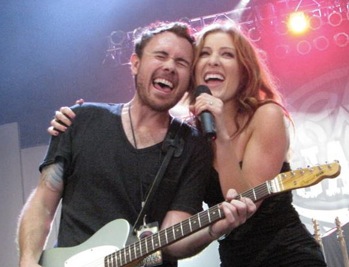 Buxton Hughes
10:15 p.m.
Sarah Buxton and Jedd Hughes make a good team. The Aussie Hughes and Kansan Buxton play a blend of rootsy country, trading pop vocals, while fiddles sway in the background. Both have had major success behind the scenes in Nashville – Buxton co-wrote Keith Urban’s “Stupid Boy,” and Hughes has worked with Patty Loveless and Josh Gracin – so their partnership makes it all that much sweeter. 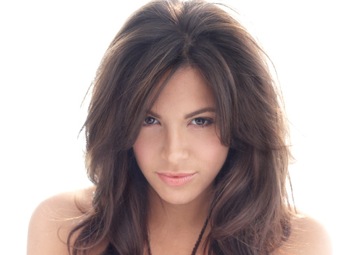 Rose Falcon
11:00 p.m.
Rose Falcon came on the scene in 2003 at the tender age of 19, signing to Columbia and releasing one record, Rose Falcon, and garnering a slew of film placements, such as her song “Up, Up, Up” in the 2004 film, Confessions Of A Teenage Drama Queen. The Nashville-by-way-of-New York singer hasn’t dropped a proper record since then, but we hear she’s working on a new full-length record now. Don’t miss this full band set at the Hard Rock from Rose Falcon. 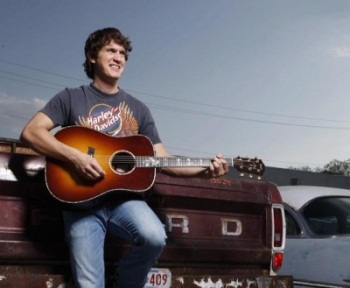 Jon Pardi
8:00 p.m.
This Northern California honky-tonker likes his country music accompanied with dim lights and thick smoke. So take a few shots of Dickel and get your Pardi on. 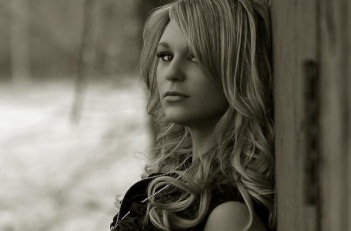 Jaida Dreyer
8:45 p.m.
This Canadian-born, Southern-reared singer hit the road in her teens showing horses –but she’s since given up the rodeo life for one on the stage. Her songs spin tales of loss and heartbreak, all delivered with gypsy soul. 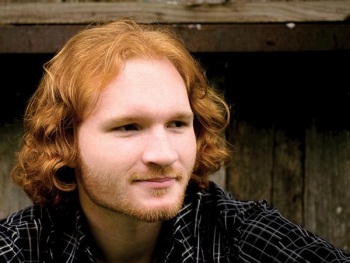 Eric Paslay
9:30 p.m.
Country-rocker Eric Paslay, who stands 6 feet 4 inches in boots, aims for a big sound with his songs as well. For fans of Hank Jr. and Trace Adkins. 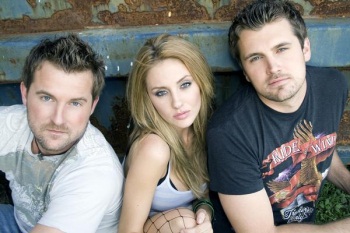 The Harters
10:15 p.m.
A family trio from Arizona, The Harters operate with one foot in traditional country, one foot in rock. That said, they’ve still managed to crack the Billboard Country Charts. So there’s a little something for everyone. 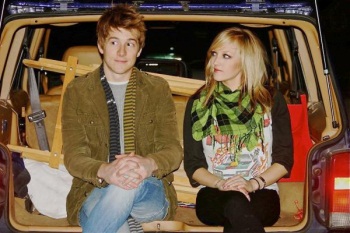 The Line
11:00 p.m.
A singing duo, The Line perform folk-rock numbers with a sharp melodic bite and heady harmonies. The two singers met a few years ago at a CMA party in Nashville, and haven’t looked back since.

Davis Inman and Caine O’Rear contributed to this report. 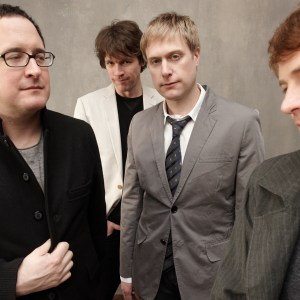 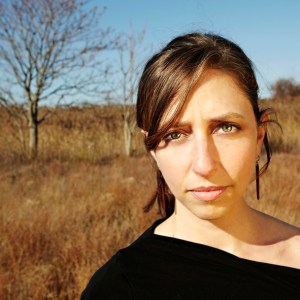