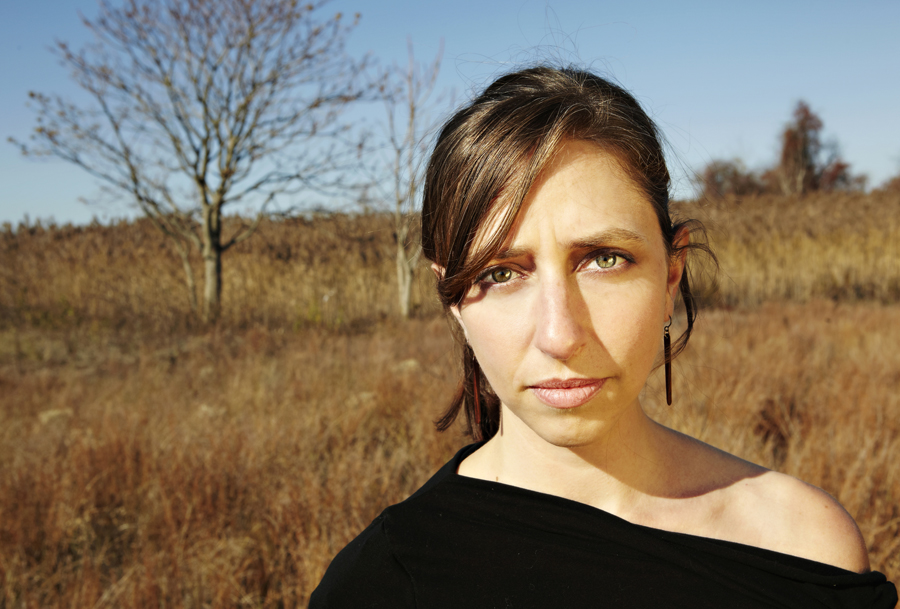 For Clare Burson’s debut album on Rounder Records, Silver and Ash, she was inspired by two things. Her grandmother’s experiences during World War II was one. A 117-year-old wedge of cheese was the other. We talked to the promising singer-songwriter, whose singing has earned comparisons to Lucinda Williams, Kathleen Edwards and Jolie Holland,  about her striking songwriting style, Brooklyn vs. Nasvhille, and the fromage in question.

What’s the concept between Silver and Ash?

Silver and Ash is a collection of songs that imagine my maternal grandmother’s life in Germany, from her birth in 1919 to her escape in 1938 to Memphis, of all places. The songs also explore my own struggles with rupture, continuity, guilt, memory, and loss.

Talk about the traveling you did, and how that aided the songwriting.

I lived in Germany for two years – once during college and then again the year after my graduation. This formed a foundation for the writing that would eventually fuel Silver and Ash, giving me a better understanding of the world my grandmother had left so many years before. I actually wrote the first song for the album in 2003 on a two-week performance tour of Germany. I was able to go to my grandmother’s childhood home, spend time within the same walls by which she had been surrounded. Later that day, I wrote “Magpies.” After receiving the 6 Points Fellowship, I used some of my grant to travel to Eastern Europe and visit the Ukraine, Lithuania, and Latvia – all places of origin for my family. Many of the sights and sounds and emotions that I experienced made their way into the songs on Silver and Ash.

Did you write on trains and things while you were in Europe?

I get motion sick on all planes, trains, and automobiles, so I do all of my writing when I’m standing (or sitting) still.

Please tell us about your cheese wedge and how it may have inspired your album.

In 1893, my 14 year old great grandfather (on my dad’s side of the family), Charles Wainman, left his village in Lithuania to avoid conscription in the Czar’s army. For his journey, his mother packed a trunk with his belongings and gave him a homemade wedge of cheese in case he got hungry. My great grandfather then traveled to Johannesburg, South Africa to live with uncles. He became a trader who did business with the Zulus, fought in the Boer Wars on the side of the Dutch, and eventually moved to Memphis, Tennessee, where he married and had four daughters, one of whom was my paternal grandmother, Josephine. During all of that time, my great grandfather held on to that wedge of cheese. For whatever reason, he did not eat it. He did not throw it away. When he died in 1944, my grandmother inherited the cheese.

When she passed away last summer, I inherited the cheese. What I think is so amazing about the cheese is that it is clearly a fascinating artifact – I mean, it’s a 117-year-old wedge of cheese for goodness sakes! It is also a vessel carrying so much history – my family history, and even the history of the Jewish Diaspora. In thinking about the cheese, I decided that I wanted to create an album of songs that could stand on its own as a piece of art but could also, at its core, express the story of my family and how it has dealt with the vagaries of history over the years.

You’re from Tennessee, but you live in Brooklyn. What made you move there, as opposed to say Nashville?

I actually did live in Nashville. I went to high school there, and then, after college, to Germany, and I moved back to Nashville for a bit after that. It was pretty amazing to be in a town so geared towards the music industry. I fell into a group of incredibly talented writers and musicians who really pushed me to grow as a writer, musician, and as a performer while living there. In the end, the intensity of a life consumed on all sides by music became too much for me. I wanted more balance in my life, so I moved to Brooklyn, where I have been able to make music with fabulous musicians and also be involved in other activities that fulfill me in other ways.

How do you find the Brooklyn music scene?

After leaving Nashville, it was important to me to pull away from music scenes for a while. However, while I don’t feel like I’ve ‘joined’ any particular music scene, I have collaborated with a number of fabulous indie musicians here, and I am constantly impressed by how dedicated everyone is to their own personal artistic vision. I also love how, out of necessity, Brooklyn artists create incredibly fulfilling lives for themselves by pursuing many different projects to stay afloat. It creates a beautiful frantic energy that fuels us all.

How did you get a sponsorship from the Six Point Fellowship to make the album? Had you ever done that before?

I had to submit an initial application, and after I passed through the first cut, I submitted a more formal proposal and then was called in for an interview. I had applied for grants before. I received a Fulbright Fellowship after college, but that was a more academically oriented program. This was the first time I had applied for sponsorship for a musical project. I think there were around 325 applicants and only 12 spots in 3 different fields: music, performance artists, and visual artists.

What’s a song on the album you really want people to hear, and why?

“The World Turns On A Dime” is a meditation on fate and encapsulates much of my motivation to delve into my family history. I grew up in a time and place in which I have always felt a sense of control (however false that sense may be) over my life and the choices I make. When I think about the experiences of my grandparents and great-grandparents, I am overwhelmed by how their lives were irrevocably changed by forces beyond their control.

My songs usually begin with a melody, and then the words fall in. Occasionally, though, a turn of phrase or collection of words will spark the music.

My songs unfold fairly automatically, with a bit of editing thrown in at the end for good measure.

I like to keep things simple, so words like ‘oblivious’ and ‘ubiquitous’ seem totally unnecessary as potential lyrics. Beyond that, though, I love language, so as long as a word is not too long, too academic, and too melodramatic I’ll try it.

I can’t choose just one, so Kyle Andrews, Red Heart the Ticker, and Laura Veirs – but I don’t know if she counts as being underrated.

“We Used To Wait” by Arcade Fire. 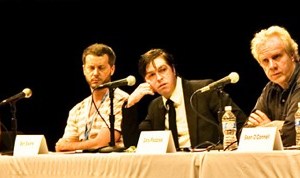