The opening track on Wood & Wire’s new album, No Matter Where It Goes From Here, is, according to its writer, about “the blessing and the curse of being an artist and having an artist’s mind.” But “John” is also an ode to an enduring friendship, one Wood & Wire lead vocalist/guitarist Tony Kamel has shared with the song’s namesake since high school.

As upper-middle class Houston kids, both attended private schools, and both were groomed to meet the usual expectations: college, career, kids … stability. As Kamel notes in the song, he’s got nothing against the 9-to-5 world and he’s happy for friends who’ve found success that way. In fact, until eight years ago, he was part of that world, and actually enjoyed his job selling replacement knee and hip implants. But he knew it wasn’t his destiny.

Like John, Kamel abhorred conformity and the confines of “normal” society, so he “picked and sang” his way out of that world with Wood & Wire (surprisingly, his first foray into a professional band). John became an artist and commercial salmon fisherman, spending summers off the coast of Alaska Just a’haulin’ up nets, chock full of sockeye.

“We’re just sort of rebellious and we’ve both had such a difficult time over the years — either doing what we’re told or what’s expected of us,” Kamel admits.

In the song, a peppy bluegrass-leaning number that might be at home on an album of sea shanties, Kamel sings:

This Bristol Bay life, it’s a far cry from Houston
Where all our old buddies wear coats and wear ties

We’ll raise up our glasses, because they’re all kickin asses
Most folks ain’t wired like John and I.

That’s the second verse; in the first, Kamel characterizes his friend as a modern-day Kerouac and wannabe Banksy, namedropping the author of the Beat Generation bible On the Road and the world’s most renowned anonymous street artist.

“The reason that line came about is because he’s a fantastic poet,” Kamel explains. “He writes really cool poetry. He doesn’t share it with people, but he does write. He’s a really good artist as well; he paints and he sculpts.” Early on, John’s artistic expression included graffiti; if any stenciled jackalopes still exist around Galveston, they could be his, though a run-in with the cops long ago turned them into limited editions.

It’s not always easy following a free-spirited muse, Kamel admits. “We’ve talked about that burdensome side of it, too,” he says, “especially as we’re getting older, there’s so much less security and predictability long-term. It’s not as though we both wake up every day and we’re like, ‘Oh, man, this is great.’ This is exactly what I want to be doing, but if I told you I didn’t wake up some mornings and wonder if I’ve made the right decision, then that’d be a lie.”

Kamel wrote the song shortly after the Austin-based quartet released its last album, 2018’s North of Despair. Their first project on Houston-based roots label Blue Corn Music, it earned Kamel and bandmates Billy Bright (mandolin), Trevor Smith (banjo) and Dom Fisher (bass) a Grammy nomination for Best Bluegrass Album. “John” is the second track premiere in advance of No Matter Where It Goes From Here’s Aug. 28 release; it follows “Pigs,” which dropped on July 10.

John has heard the track, and loves it, reports Kamel, who notes there’s a broader message in the song as well. It’s about the kinship artists share, because they know what a struggle it is to live that life.

Those sentiments are eloquently expressed in the final verse. Over Bright’s mandolin (patched through a vintage Fender Twin amp to create a sound inspired by The Clash’s Police & Thieves mix), Kamel sings:

Seekers, and searchers, and drifters like me
Let it roll, let it ride, let it be. 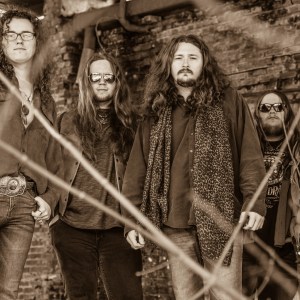 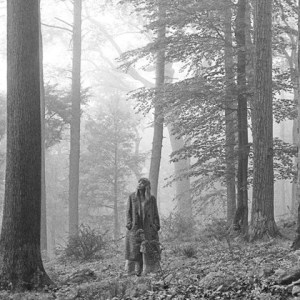