Airing on this day in 1967, the Bee Gees’ How on Earth? Christmas special was decked not with boughs of holly, but with controversy instead.

The soft rock ensemble made up of the brothers Gibb – Maurice, Robin, and Barry—recorded the 50-minute holiday spectacular 10 days before it would air “live” on the Australian Broadcasting Corporation for Christmas Eve programming.

Performing the special in Liverpool, England’s Anglican Cathedral to a small crowd, the hour reportedly featured an original holiday composition from the group, “Thank You (For Christmas),” as well as a medley of the classic carols, “Mary’s Boy Child,” “Silent Night,” and “The First Noel.” A well-known disc jockey and comedian, Kenny Everett, also delivered a reading of the Gospel during the event.

When it aired, viewers found the merging of rock music and religion distasteful. According to the book, The Bee Gees: Tales of the Brothers Gibb, the show was conducted by the dean of the cathedral, Reverend Edward H. Patey, and, not to the fault of the group, it was “the progressive nature of Patey’s service [that] attracted considerable hostility both before and after the event.”

Viewers’ aversions also came from witnessing a crowd of “teenage girls dancing and screaming in front of their idols, and embracing their boyfriends” during the festive performance. “There were also reports of beer drinking and smoking,” the book noted.

A local news outlet, what is now presumably the Liverpool Echo, reported not just excited teens at the event, but riotous ones, as well. “A cathedral concert at which 300 teenagers ran riot will be screened on television tonight,” the report explained. “The fans, mostly girls, swarmed onto the makeshift stage in Liverpool Cathedral and surrounded the Bee Gees pop group.

“Lead guitarist Vince Melouney had the shirt torn from his back, drummer Colin Peterson lost his tie and guitarist Maurice Gibb had his shirt ripped,” the outlet continued. “The group had to force their way back to the safety of temporary dressing rooms. The teenagers returned to their seats only after an appeal by the Dean of Liverpool, the Rt. Rev. Edward Patey, who was compering the show.”

While there is no surviving copy of The Bee Gees’ How on Earth? Christmas special, their holiday original, “Thank You (For Christmas),” can be heard below. 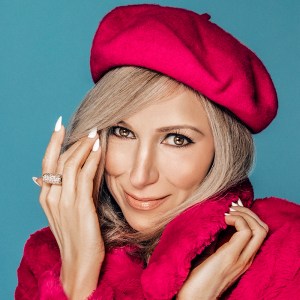